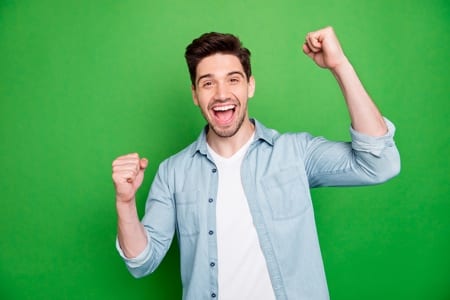 It is only natural that some vegans miss certain foods from their pre-vegan days. There are many foods that are simply out of bounds for anyone who is committed to a plant-based diet. However, in better news, there are lots of foods that one might assume are unsuitable for vegans, but which are actually perfectly vegan friendly, without the manufacturer necessarily planning them to be so.

N.B. Note that for the purposes of this article, we are working on the assumption that foods containing palm oil are vegan (for a more detailed discussion on the issue, please see our Is Palm Oil Vegan? article).

Also, we are focussing on foods that contain no ingredients derived from animals, but many have been made in factories that handle, for instance, dairy products, so there is the chance of cross contamination or cross contact. Most vegans would not necessarily see this as an issue, but for anyone with milk allergies, this is certainly worth taking into account. 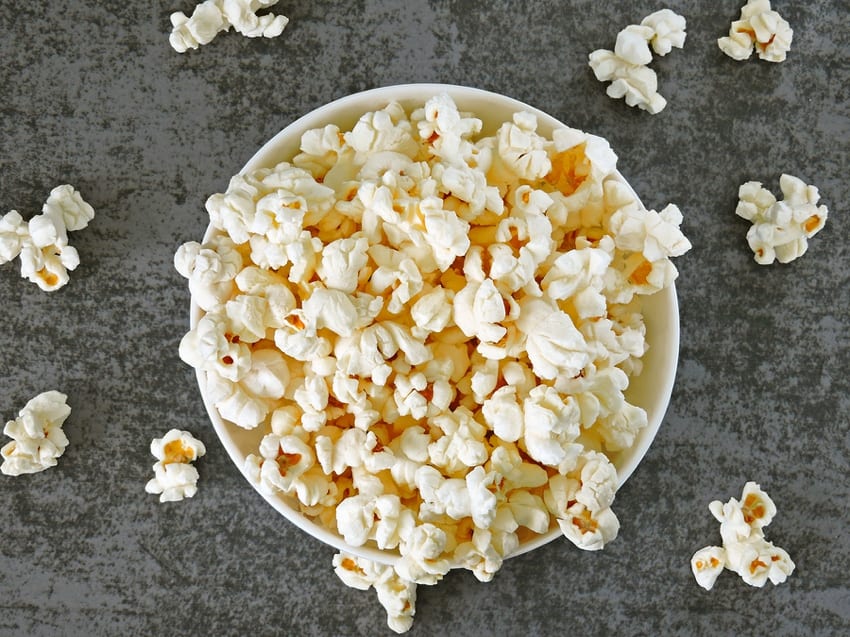 There are so many accidentally vegan foods out there that we could fairly easily have done a Top 100. But here we present our choice for the top 10 foods that are vegan without them having necessarily been designed to be or marketed as such.

Marmite is made primarily from yeast, and though this isn’t a plant, it isn’t an animal either. As such, with no other animal-derived ingredients added, Marmite is fine for vegans. Not only that, it is a great vegan source of B vitamins too!

Most of these pastry types traditionally involve a lot of butter but Jus-Rol have created some brilliant vegan products without necessarily trumpeting the fact.

Mr Kipling might make exceedingly good cakes, but most of them contain some animal-derived product or other (usually in the form of milk proteins). But that is not the case for the apple and blackcurrant pies.

Perfect for when non-vegan guests are popping round for a cuppa! They’ll be none the wiser they’re tucking into a vegan friendly pie and they’ll no doubt enjoy it just as much as they would one containing milk proteins.

4. Doritos (Some Flavours Only)

While they aren’t labelled as such (as they are made in factories that handle animal products) the Lightly Salted, BBQ & Chilli, and Chill Heatwave flavours of Doritos are technically vegan. Result! In fact, many crisps are vegan, so if you love potato-based snacks, you’ll be spoiled for choice!

Since 2015, Guinness has been 100% vegan, so you can knock back a pint of the old black stuff with a clear conscience. Roll on St Patrick’s Day! This might not be technically “accidental” as they deliberately altered their manufacturing process but it isn’t something they really shout about.

Counterintuitively, given the inclusion of ‘Choc Chip’ in the name, these very tasty biscuits do not in fact contain any animal products. They use soya lecithin, cocoa mass and fat-reduced cocoa powder, but no milk or milk proteins, so get stuck in!

While many sweets contain gelatine (made from collagen from animals), or any number of other animal-derived ingredients, Starburst contain no animal products. Hence they are fine to make vegans’ mouths water.

One of a number of Nairn’s products to contain no animal-derived ingredients, their Dark Chocolate Chip Oat Biscuits are our favourites. If you haven’t tried these yet, you are in for a treat taste-wise, and they are also very good dunkers for your cuppa.

Made from the kernels of corn (maize) plants, unless there is something added in terms of flavourings or it has been ‘popped’ in some animal-derived oil or butter, popcorn is perfectly vegan friendly.

Always check the labels to be sure, but there are lots of vegan-friendly popcorn options available. This healthy wholegrain makes for a brilliant healthy vegan snack.

Made from sugar, cocoa butter, cocoa mass, vegetable fats and soya lecithin, this classic chocolate from Cadbury’s is fine for vegans with a sweet tooth, with an added dose of nostalgia to boot.

Of course, everyone will have their own favourites amongst the myriad accidentally vegan foods, so let’s expand the list a little to investigate what other options are available to the discerning vegan when it comes to biscuits, crisps, snacks and cereals. Check out the Is It Vegan? area of our site for further discussion on these individual categories.

There are a surprising number of vegan-friendly biscuits on the shelves of most supermarkets. People may assume that biscuits contain butter, eggs or other non-vegan items but in fact many are perfectly fine for vegans to savour. Some retailers are better than others at labelling their products as suitable for vegans, but they are all seemingly getting better all the time. Here are our favourite accidentally vegan biscuits.

This is far from an exhaustive list of vegan biscuits, by the way, and there are many supermarket own-brand versions of common biscuits that are fine for vegans to consume. In general, it is a good idea to check the labels of any biscuits that catch your eye and you might be pleasantly surprised.

A favourite at kids’ parties, these multi-coloured rings might be packed with sugar, but at least they don’t contain any animals products.

Many of the Nairn’s flavours of both their oatcakes and oat biscuits are vegan friendly. They are also very tasty, which is a bonus and relatively healthy too.

One of the most popular biscuits in the UK, the humble Bourbon is often vegan friendly, but Tesco’s own version (called Bourbon Creams) is marked as such, so you are certainly safe with them.

That these rather moreish biscuits do not contain any animal-derived ingredients might actually be detrimental to the waistlines of many a vegan. But there is no doubting the tastiness of these morsels, irrespective of their lack of health credentials.

As we discuss in our Are Oreos Vegan? article, the makers of Oreos state on their website that they cannot categorise these popular cookies as vegan because of the possibility of cross contact with milk products.

But given that they don’t actually contain milk or any other animal products in the ingredients, many vegans will accept Oreos as vegan friendly with open arms.

A stalwart biscuits when it comes to dunking prowess, the humble ginger nut is almost always vegan, whether the McVitie’s version or the supermarket brand of choice (again, check the label to be sure).

Rather a lame attempt at a biscuit in the eyes of many, the rich tea gets something of a bad press due to its propensity to collapse pathetically when dunked in your hot beverage of choice.

However, there are a massive number of people out there who admire the reassuring simplicity of this stoically plain biscuit. And, for those people who also follow a plant-based diet, the good news is that (most) rich teas are perfectly vegan friendly. 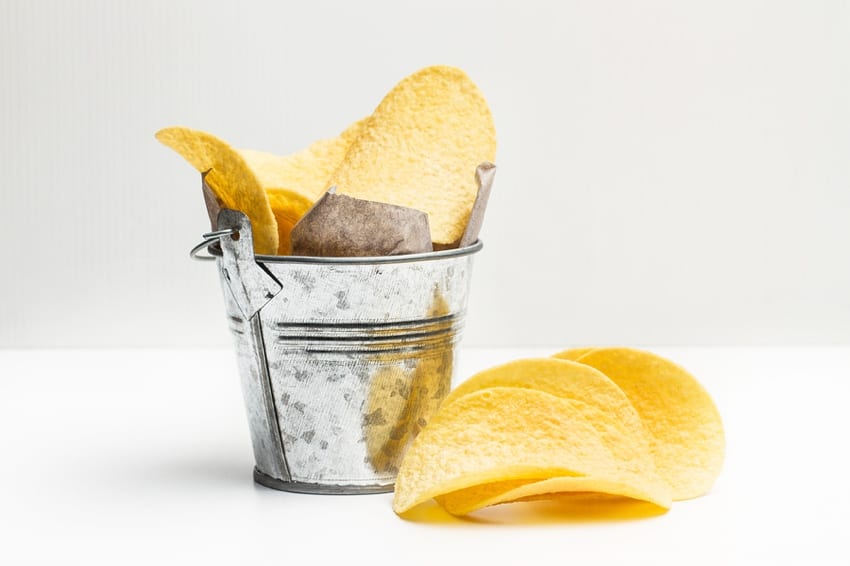 While there are a growing number of crisps and other snacks that are aimed at vegans and obviously vegan friendly, there are plenty of well-known brands and flavours that are also vegan, perhaps surprisingly so in many case. Here are our pick of the best of them.

Everyone’s favourite melt-in-the-mouth prawn cocktail flavoured snack actually have no prawn-related ingredients at all. Nor do they include any other animal-derived products, making them fine for any vegans who can overlook the fact that they might have been made in an environment that handles milk products.

A decent number of flavours of crisps produced by Leicester-based Walkers are vegan friendly, including: Baked Ready Salted, French Fries Ready Salted, Squares Salt and Vinegar, Worcester Sauce flavour, and the standard Ready Salted flavour. Note that ingredients can change from time to time so always check the label.

Just like the ‘prawn’ flavoured Skips, these ‘bacon’ flavoured snacks from Tesco have nothing in them derived from pigs or any other animals. However, do note that Smith’s Frazzles (the snacks Tesco have imitated here) are NOT vegan friendly as they contain lactose and whey powder, both derived from milk.

Vegans who also happen to be crisp fiends will be heartened to know that many of the Pringles flavours are vegan friendly. These include Pringles Original, Sweet Chilli, Paprika, Texas BBQ Sauce, and – the most surprising of all – Smokey Bacon.

Kettle Chips can be relied upon to deliver a satisfying crunch, and many of their flavours are fine for vegans, including Lightly Salted, Sea Salt and Balsamic Vinegar, and Sea Salt and Black Peppercorn.

There are so many foods and products which aren’t explicitly marketed as vegan and weren’t created to cater for vegans. Obviously, lots of foods are made from plants and more traditional products will, in general, be less likely to have strange additions that might make them non-vegan. Here’s a selection of some more accidentally vegan options for you to tuck into. Perfect for when you have non-vegan friends round!

Lots of breakfast cereals are vegan friendly, and we give you the full lowdown in our breakfast cereal feature. Some of our favourite vegan-friendly cereals are Shreddies, All Bran, Special K, Weetabix and Fruit ‘n Fibre, so take your pick and splash on your vegan milk alternative of choice.

Most peanut butter is often (but not always) fine for vegans. If you pick a peanut butter made from 100% peanuts, then clearly there is nothing to contaminate it with animal products, but always check the label just to be sure.

Tasty, nutritious and fine for vegans to eat (at least most varieties are). A meal of beans on wholemeal toast with a little of your favourite vegan-friendly margarine is a perfect vegan protein source and a great way to obtain all the essential amino acids you need, which is an added bonus.

Most jam is made up of two ingredients: fruit and sugar, and though it is not all that healthy, it is perfectly vegan (in most cases – as always, check the label).

Made from the sap of a maple tree, pure maple syrup is fine for vegans and can serve as a fine alternative to honey in various recipes, or drizzled over your favourite vegan-friendly yoghurt with a handful of nuts.

Most tomato ketchups are vegan friendly, including Heinz Tomato Ketchup, which is a relief!

A great addition to vegan barbecues, vegans can put some music in their food with this classy, spicy sauce.

Fans of vegan-friendly fry-ups will probably already know this, but most hash browns are fine for vegans (as they are made from potatoes, perhaps a little onion and (usually) vegetable fat.

This one might bring back memories of your childhood, but even in adulthood, potato waffles are tasty and convenient… and vegan.

Sugar-filled, fizzy beverages like Coca Cola might be horrendously bad for you, but if you are a fan of them, you will be pleased to hear that most of them are vegan friendly.

As you can see, aside from the thousands of food products that are made with vegans in mind, and of course all the fresh fruit, veg, pulses, seeds and nuts that are naturally vegan, there are loads of accidentally vegan foods out there.

As such there is so much choice available to any would-be or existing vegan that it really is easier than ever to follow a plant-based diet that not only provides all the nutrients you need, but that is imaginative, tasty and satisfying too.