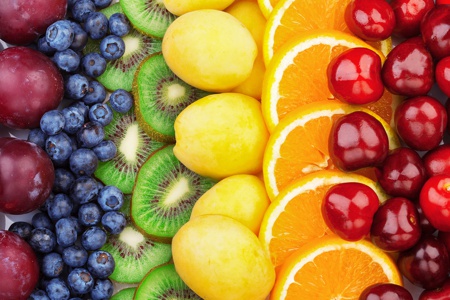 What could be more vegan than a basket full of fresh organic fruit and vegetables? Well, all might not be as it seems. Fruit and veg are as vegan friendly as you can get, but being certified as organic might actually mean they are not vegan.

Why do they make things so darn tricky? Can’t people who want to follow a plant-based diet, treat animals with respect and look after the planet be given a break?

There are many motivations that cause people to go vegan. For some, the stance is an ethical one based on the suffering of animals caused by their slaughter or exploitation. For others, the potential health benefits of a plant-based diet hold a certain appeal. The third primary motivation often cited for turning to veganism is to limit the damage inflicted on the environment, something which veganism undoubtedly helps, as we discuss in our veganism & the environment article.

Of the vegans whose primary motivation for shunning animal products is the harm to the animals themselves, most would also give some consideration to the other main factors of the environment and their health. And, many vegans – and non-vegans for that matter – might well assume that fruit and vegetables labelled as “organic” would be the right choice to make when sauntering through the produce section of the supermarket when it comes to minimising environmental damage.

The Problem with Pesticides & Fertilisers

Non-organic farming involves the use of a plethora of agrochemical pesticides and fertilisers, some of which, reports suggest, are poisoning the soil, rivers, wildlife and indeed even humans. The problem is, from a vegan’s point of view, a lot of the organic alternatives to agrochemical pesticides and fertilisers are either directly derived from or contain ingredients derived from animals.

The Soil Association have been certifying food as organic since 1967. In the Soil Association’s Organic Standards Farming and Growing document, it states that for a food to be classified as organic, soluble mineral fertilisers and agrochemical pesticides should be avoided. But it is happy enough to allow “Blood meal, Hoof meal, Horn meal, Feather meal, Bone meal or de-gelatinised bone meal, Fish meal, Meat meal, Hair and ‘chiquette’ meal, Wool, Fur, Hair, Dairy products, Hydrolysed proteins”, with the caution that, “You should use products sourced from organic or extensive farming systems where possible”.

A report prepared by the UK Department for Environment, Food and Rural Affairs shows that over half of manure used by organic farms in 2017 came from cattle (in the form of farmyard manure or slurry), which came from beef and dairy farms. Other organic fertiliser options used included manure and slurry from pigs, turkey or chicken litter, and the euphemistically named “bio-solids” (otherwise known as human effluent!). On top of that, you can also add the many fertilisers known as blood meal, bone meal and fish meal that are made from leftover bits of animals and fish that have been slaughtered for food (or other products), including such delights as feathers, blood, bones, hides, hoofs and horns.

As such, based on the definition of veganism, there is something of a quandary for vegans who wish to “exclude all forms of exploitation of, and cruelty to, animals for food, clothing or any other purpose; and by extension, promotes the development and use of animal-free alternatives for the benefit of humans, animals and the environment”. Should vegans opt for non-organic fruit and veg that might have negative implications for the environment, or should they go for organic options that might have been grown in soil containing animal blood? Not a great couple of options.

Thankfully there is a growing movement of “Veganic Growing”, which we will explore in more depth in our What Is Veganic Food? article. According to the Vegan Organic Network, veganic growing is, “any system of cultivation that avoids artificial chemicals and sprays, livestock manures and animal remains from slaughter houses”. 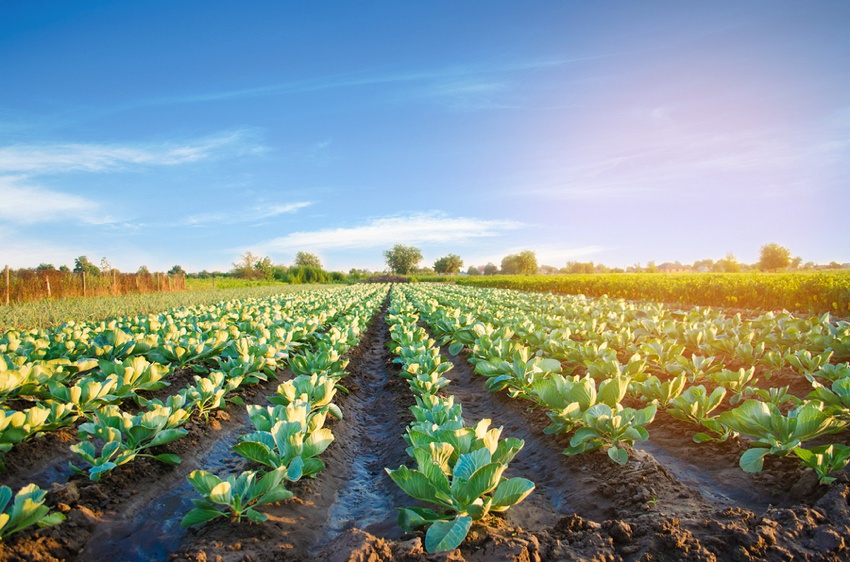 On the subject of using animal manure on organic farms, or gardens for that matter, there is something of a split in the vegan community. One the one hand, this is a clear contravention of the definition of veganism. On the other hand, some argue that because manure is (literally) a waste product that the animals in question do not need and will not miss, it is (just about) okay to eat food grown in it.

Argument For & Against Using Animal Manure

Those vegans in favour of manure as a fertiliser also point to the fact that the alternatives usually involve agrochemical options that could do untold damage to the environment (and of course, as a consequence, to many animals). This is not strictly true, however, as there are indeed alternatives to manure that do not require the use of animal products or processed chemicals at all, as we will discuss shortly.

The argument that the animals would not miss the manure and so it is fair enough to put it to good use might hold water with some. But this same argument is used when people attempt to justify the acquisition of wool from sheep (and other animals). As we discuss in our is wool vegan? article, this misses the point somewhat in that humans are exploiting the animals in question for the benefit of humans and to the detriment of the animals themselves. Many of the things the animals have to endure in order to provide us with the products we seek (whether wool or simply manure) would, for many right-minded people, cross the “suffering” threshold. It’s not as though there is a handy “drop your manure here” zone for wild animals to come along, defecate and then carry on their merry way.

Even the use of guano – the manure of seabirds and bats – as a fertiliser has its flaws, despite it generally been mined from areas containing wild bird and bat colonies. The problem here is that removing the excrement of these birds and bats deprives the local environment of the nutrients they would otherwise receive and this has the effect of reducing the local biodiversity.

So, if organic veg could potentially be problematic, what is a vegan to do? Turn to veganic options of course!

Are There Any Truly Vegan Fruit & Veg?

It has been argued by (even organic) famers that maintaining the health of soil requires the addition of nutrients in the form of manure or other animal products. But there is a growing movement of famers and organisations who are promoting the use of plant-based fertilisers.

For instance, the International Biocyclic Vegan Network brings together groups from a number of countries who are undertaking research to find the most effective alternatives to animal-derived fertilisers.

One example of a seemingly successful plant-based fertiliser is a compost invented by Johannes Eisenbach, a German living in Greece who used the leftovers from olive and grape vine harvest to create a compost that has produced fantastic results.

Though some have suggested that animal-based fertilisers are better for the soil, when tested in the lab, the olive/grape-based compost was found to have surprisingly high levels of nitrogen and also retained nitrates better than many conventional fertilisers.

Vegan Farms in the UK

At present, there are not many truly “veganic” farms in the UK, but the number is growing and many of them offer fruit and veg box schemes, courses on veganic growing and volunteering opportunities for those interested.

Of course, one of the best ways to ensure you can eat fruit and veg that is truly vegan, without any use of animal-derived fertilisers, is to grow your own. If you don’t have s garden big enough, there are often allotment schemes run by local councils that you can apply to.