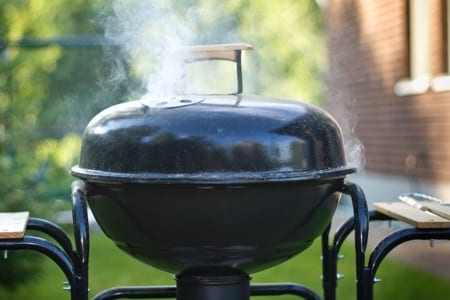 Crack open the beers, get the charcoal glowing… it’s barbecue season! Depending when you’re reading this, of course! Barbecues are synonymous with summer in Britain, even if the weather doesn’t always cooperate. But does the unstoppable rise of veganism threaten British barbecue culture? Are great BBQs incompatible with plant-based eating? Not a bit of it.

There are loads of fantastically tasty vegan-friendly options that are perfect for the barbecue. This article is perfect if you are having a barbecue and you don’t know what to serve your vegan friends (other than bread and salad). Or, indeed, if you are a vegan who fancies some inspiration for the next time you’re trying some garden-grilling gastronomy.

Note that we’ll just give the basic details of each dish or food item here as most are straightforward and self-explanatory (e.g. barbecued pineapple slices… simply putting pineapple slices on the barbecue!). If you want more detailed or elaborate options, check out our vegan recipes section. We’ll also give some pointers on vegan barbecue etiquette, covering common questions such as – should I use a different grill for a vegan?

What to Cook at a Vegan Barbecue

Some people put a lot of thought and effort when planning and executing a barbecue. Others just want to make things as simple as possible so they can spend more time with friends, family and cans of ice cold beer. Here we’re veering towards the low-hassle end of the spectrum for those who don’t want to spend days marinating ingredients or hours slow-roasting their show-stopping centrepiece.

That’s not to say we’re compromising on flavour, of course. And, thankfully, there are lots of salsas, barbecue sauces and other condiments that are vegan friendly to add a little spice to your veggie burger. So, let’s kick things off with some options for those who like their burgers and sausages without the need for animals to die.

Veg on the Barbecue

There are literally thousands of edible plants in the world, and whilst you might not find quite that many in your local shop, there is no reason not to find two or three of them that work well on the barbecue. Here are some of our favourites.

While there are loads of imaginative vegan options for the barbecue, sometimes ex-meat eaters quite fancy tucking into a burger or a sausage at a summer gathering. Luckily, meat-free alternatives have come a long way in recent years and the texture and flavour of the best vegan-friendly sausages and burgers are not a million miles away from the meat products on which they are based. As an added bonus, the meat-free versions come with free karma points, not to mention comparative health benefits.

And, if meat eaters sample some of them, they might even be converted to veganism! Some of the best products are hard to distinguish from their animal-based counterparts, especially if people don’t know in advance they are getting a vegan version. And even more especially if people have enjoyed a vegan beer or two!

When we stock up for our vegan-friendly barbecues, we always make sure we grab a load of Linda McCartney Quarter Pounder Burgers. Unlike some meat-free burgers, they cook well on the barbecue and sizzle and colour in a similar manner to a meat burger. Flavour-wise, they stack up well too.

Another great option for vegan-friendly burgers is the Beyond Burger, from the US plant-based food company, Beyond Meat. Now available in the UK, the Beyond Burger is made predominantly from pea protein, and cooks, looks, smells and – dare we say – even tastes like a burger made from meat. It is likely it would fool meat-eaters at a barbecue into believing they were eating real cow flesh. Of course, some vegans are not particularly craving the look, taste and texture of meat, but others might will welcome it – safe in the knowledge that only a few peas had to “die” for the titillation of their taste buds.

There are some satisfyingly sumptuous burgers created from beetroot or mushrooms that are fine and dandy when cooked in the oven, but some of these have a tendency to dry out or stick and crumble on the barbecue. That can be remedied to an extent by brushing the burgers with a little olive oil or, our preference, sesame oil, the latter also adding an earthy, nutty flavour and aroma.

As with meat-free burgers, good old Linda McCartney delivers on vegan-friendly sausages too, with the standard Vegatarian Sausages being a solid choice for a sausage that retains enough moisture to remain tender to the bite even when slightly charred. Or, for a little variety, the Vegetarian Red Onion & Rosemary Sausages fit the bill well. Both cook well on barbecues and don’t suffer the oft-seen issue of sticking to the grill rack that blights the likes of Quorn and other vegan sausages when cooked over hot coals. Whether you are enjoying the standard sausages or any of the other flavour, note that these can char quite quickly so no getting distracted if you are on chef duty.

Cauldron is another brand who has been able to produce vegan-friendly sausages that tick the right boxes when it comes to barbecues: they cook well, they look inviting and, crucially, they actually taste nice. Their Vegan Mediterranean Sausages float our boat and though they are not as “meaty” as some on the market, they pack plenty of flavour.

Salads are so versatile that there is literally no limit to the vegan-friendly combinations available to anyone with either a bit of imagination or a decent cookbook or two. Nuts and seeds are often plentiful in a vegan’s diet and adding them to some of your salad options is sure to be appreciated. Keeping salads light and colourful tends to work well at a barbecue at which a lot of the food can be a little heavy and monochrome. Of course, making them taste nice is the number one priority and here are some of our favourite barbecue salad combinations.

Note that you can always put your own twist to any salad and almost anything goes, but if you need some more specific guidance, check out our vegan recipes section.

Vegan Desserts on the Barbecue

It’s often the case that people pig out (for want of a better expression) to such a degree at a barbecue that the thought of scoffing a dessert is far from their minds. But if you want to cater for those with a sweet tooth, here are some quick and easy vegan-friendly dessert options for you. 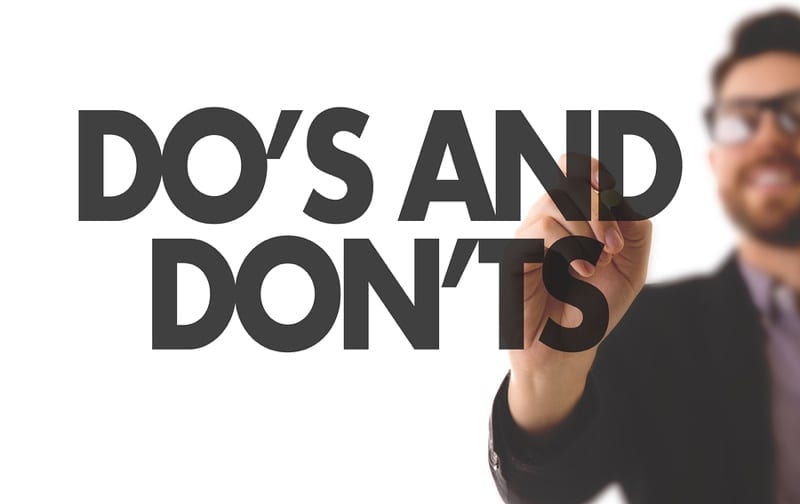 If you are hosting a barbecue and some of your guests are vegan, there are few things that might help things run smoothly. Here are a few dos and don’ts to ensure the vegans at your event feel the love.

Now you’re armed with the vegan-friendly barbecue options and the vegan barbecue etiquette to go with it, all you need now is the charcoal, booze and the sunshine. Roll on barbecue season! And, here is a delicious vegan barbecue to get you in the spirit of things… 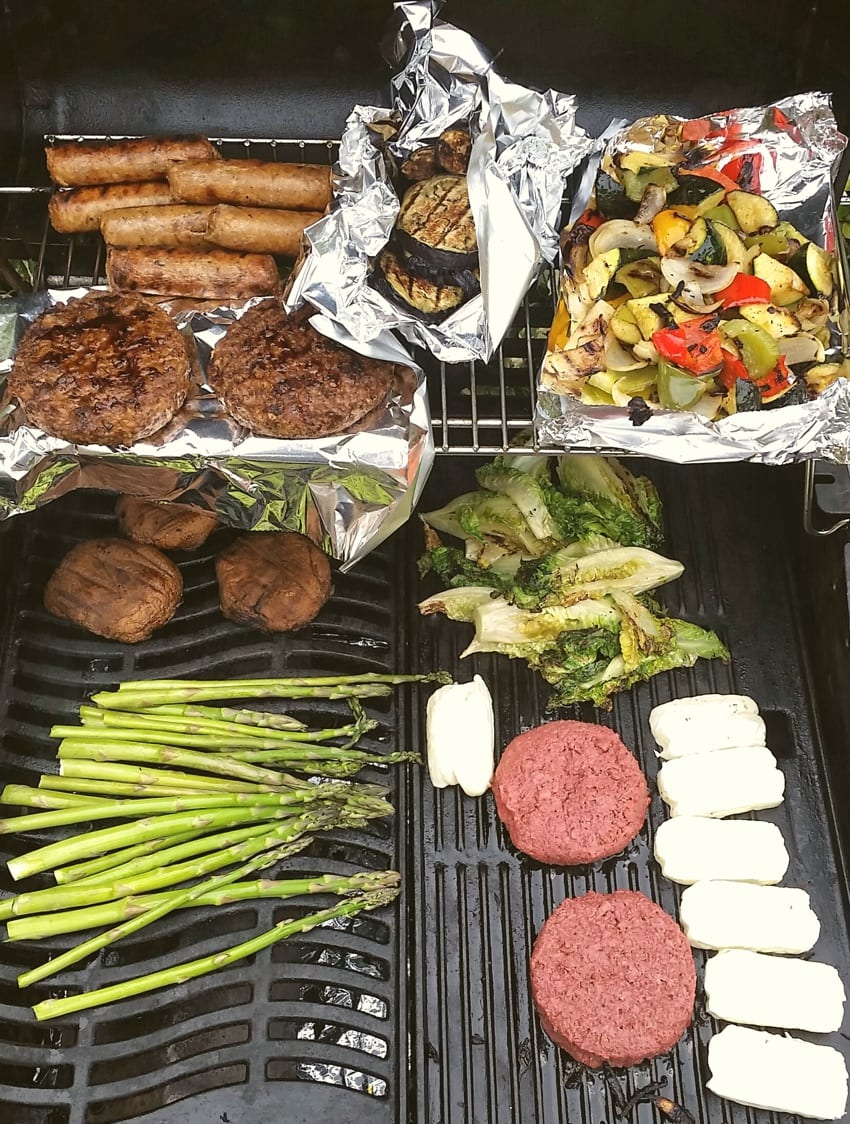