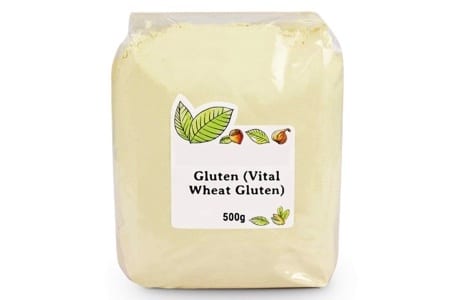 Vital wheat gluten goes by a number of names and has a range of different uses. With the growth in veganism over the past few years it is perhaps now most commonly used to make the brilliant vegan meat substitute seitan. We’ve got a longer article that looks more specifically at seitan and that also has more information on the long history of vital wheat gluten, its core ingredient.

This briefer feature has a narrower focus on wheat gluten, or wheat protein, to use two other common names for vital wheat gluten. Anyone who is gluten intolerant or at a more serious level suffers from coeliac disease, will be more than familiar with gluten. For those who have just heard the term but have never really known what it is or what it means:

Vital wheat gluten is, in essence, wheat flour that has been processed in order to remove almost all of the non-gluten content. What is left is almost 100% pure gluten and is, therefore, a really great source of vegan protein. Whilst many home cooks use it primarily to make seitan, it does have a range of applications.

What is Vital Wheat Gluten Used For? 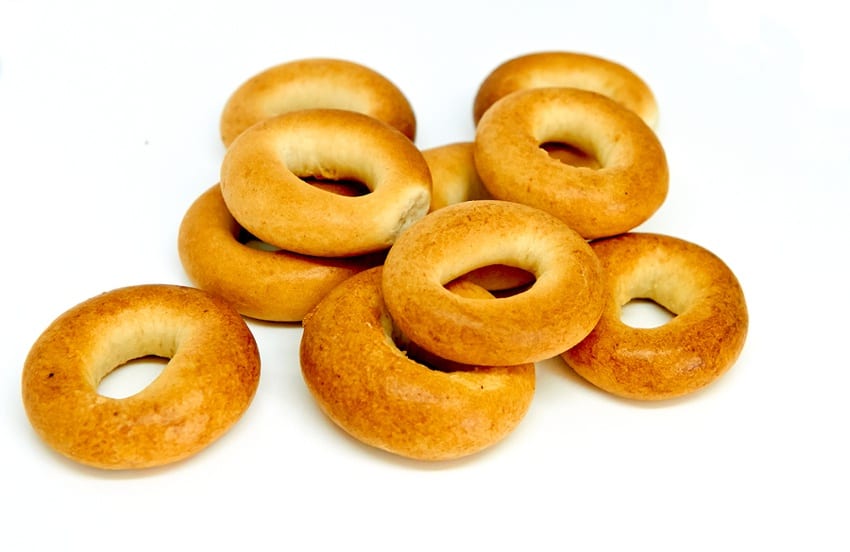 Gluten has long been used by bakers in a range of recipes. Gluten is essential in many cakes, raised breads and even pastas because of the way it brings elasticity to recipes. When water is added the gluten proteins bind together to create a flexible, elastic dough, the elasticity of which is essential in order to allow the mass to expand and accommodate the gas produced by yeast.

As the yeast emits carbon dioxide the dough stretches and the bubbles create air pockets within the dough. This is what causes the dough to rise and retain the air. Without gluten providing that pliability, the dough would be unable to hold onto the gas and the resulting dough would be heavier and also have less volume.

Helps Bread from Becoming Too Dense

Most recipes that use wheat flour do not necessarily need added gluten because wheat already has a good amount of gliadin, the specific form of gluten found in this grain. Other grains and pseudo-cereals have lower levels of gluten, with rye and barley among those, whilst some have virtually none, for example corn, amaranth and rice.

If a baker is making a bread using rye flour, spelt or even whole wheat flour (which proportionally has less gluten), then the addition of a little vital wheat gluten can help prevent the bread or other product from becoming too dense.

It can also be used in recipes where a chewier end product is desired. Bagels are one such type of bread and whilst the characteristic chewiness is usually obtained by boiling them before baking, a little extra gluten can also help this process along.

Many breads are made with specialist flour, sometimes called hard flour, strong flour or, rather more simply, bread flour. If you don’t have this then using some vital wheat gluten alongside plain flour is a great way to ensure your bagels, and other baked items, have the right texture.

Yet another example of when a little extra gluten can help is when you are adding bulky items such as nuts, seeds, fruit or bran to your dough. Such additions can potentially cut the strands of gluten that form, reducing their plasticity and leading to an overly heavy bake.

Lastly some people will use vital wheat gluten as a substitute for eggs in some sweet and savoury baked goods. It can help hold cookies, muffins and cakes together in the absence of egg, giving them a firm yet light texture when used sparingly. Which is another great vegan option!

How is Vital Wheat Gluten Produced? 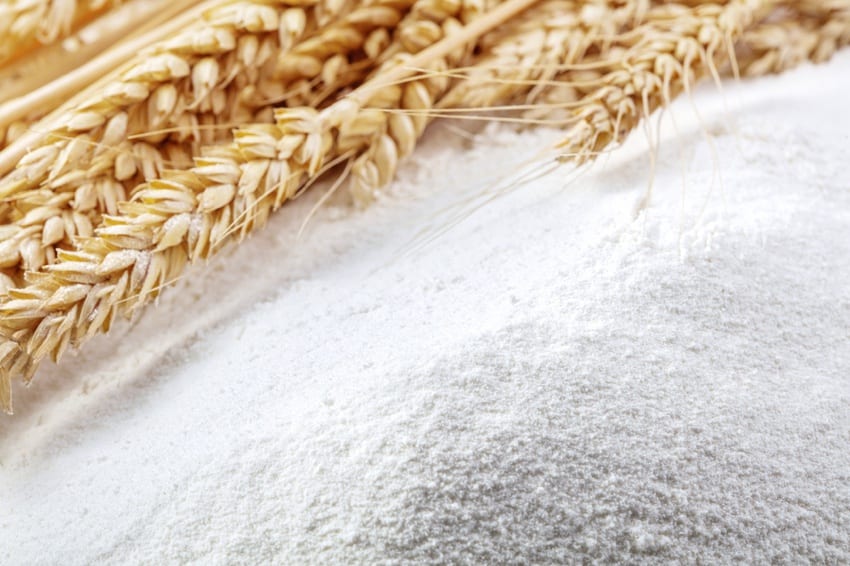 We have already alluded to the fact that vital wheat gluten is made from wheat flour. In simple terms, the flour is “washed” of all the non-gluten elements. Domestically, this can be done by kneading a basic dough recipe under water because the gluten binds together and becomes activated when water is added and yet isn’t soluble. The non-proteins and starch simply wash away, eventually leaving you with a firm mass of almost pure gluten.

Commercially, a similar process is used but obviously on a far larger scale. Once the gluten is separated, it is then dehydrated and milled back into a powder “flour”. Thankfully in the modern world it is no longer necessary to make your own and the finished product can be very easily bought from a range of shops (see below).

Making your own vital wheat gluten from standard wheat flour isn’t especially difficult but it is an extra process to carry out. It can be done in around half an hour but is a little messy and, ultimately, given the affordability, quality and purity of ready-processed vital wheat gluten, we don’t really see the point in starting from scratch in this instance.

As said, if you don’t have any issues with gluten itself, then this high protein product is extremely healthy. It would never be eaten alone but the following shows the nutritional value of 100g of vital wheat gluten.

Info above is from the United States Department of Agriculture (USDA)

As you can see, vital wheat gluten is exceptionally high in protein, whilst being very low in fat and totally sugar free. It is also low in salt/sodium and has a very low glycaemic load. With 81% of its calories coming from protein and just 15% from carbs (4% from fat) it is a great addition to a low carbohydrate diet.

On top of the rosy picture painted by its macronutrient profile, vital wheat gluten also contains a range of minerals. 100g of this wheat-derived and totally vegan food will give you:

As such it is a really great vegan source of selenium, a very worthwhile source of iron and also delivers decent amounts of phosphorus and vegan calcium.

On top of that, there also small but not inconsequential amounts of magnesium, potassium, zinc and copper. Taking the overall nutrient value of vital wheat gluten into account it really is extraordinarily healthy and given its relatively low cost we’re somewhat surprised it isn’t more commonly consumed.

Where Can I Buy Vital Wheat Gluten?

Vital wheat gluten costs around £2-3 for a 500g bag, which is enough to make plenty of seitan or to add to lots of batches of your baking. The higher price will tend to be for organic gluten but note that if you decide you will be using a lot of it you can get that price down quite significantly by buying in bulk.

As far as we know, it isn’t sold by any of the major UK supermarkets but pretty much every health food shop will sell it. Vegan and vegetarian specialist shops will also stock it, whilst online you can easily find it at places like Green Bay Supermarket, The Vegan Kind Supermarket and, of course, Amazon.