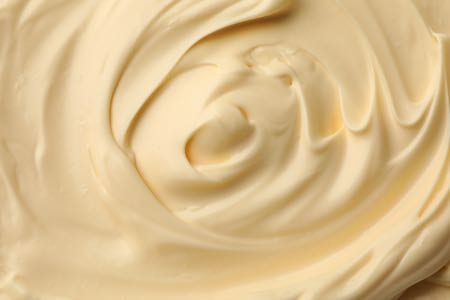 There are many foods that vegans miss from their omnivorous days and occasional cravings for forbidden foods can sometimes distract from an otherwise wonderfully fulfilling bowl of lentils or slab of tofu. Of course, countless amazing vegan foods and dishes can titillate the taste buds of the most demanding gourmands in their own right. But what should a vegan do if they fancy a big dollop of mayo with their chips?

Well, until relatively recently, they would have had to make do with one of the many alternative vegan condiments out there. But, thankfully, mayo masters Hellmann’s now produce a very tasty Vegan Mayo. And, they are not alone. A growing number of vegan mayonnaise products are now available and the great news is… they actually taste pretty good! As anyone with rudimentary culinary knowledge will know, one of the key ingredients of mayonnaise is egg yolk. And, anyone with a basic knowledge of veganism (or hens!) will be aware that eggs are not vegan. So, what ingredients are used to make vegan mayo?

Is this article, we’ll explain what vegan mayonnaise is made from and we’ll outline the best vegan mayo options to buy in the UK. We’ll also explain in more detail why conventional mayo compromises the ideals of veganism and we’ll even let you know how to make your own vegan mayo, if you feel so inclined.

Here we’ll run through some of the top vegan mayonnaise options currently available in the UK and we’ll include their ingredients so you can discover whether the various vegan mayo products are made from the same or similar ingredients. Note that these products are either available from standard supermarkets such as Tesco or Sainsbury’s or from more specialist vegan supermarkets, such as the TheVeganKind Supermarket.

Another popular vegan mayo, and winner of PETA’s 2020 Food Awards for ‘Best Vegan Mayo’ is Nando’s Vegan PERinaise. Perhaps controversial for many in that the sauce is indeed crafted by a company who mainly sells grilled chicken, however, in terms of taste, the mayo is incredibly flavourful, spiced with the famous peri-peri and is vegan! It is also readily available to purchase from high street shops, such as Tesco, Sainsbury’s and ASDA.

As you can see, all the vegan mayonnaises we’ve mentioned above contain a vegan cooking oil, either rapeseed oil or sunflower oil, water, and some kind of vinegar. Some also contain lemon juice and/or mustard. As you will see in the next section, these are common ingredients in non-vegan mayonnaise too.

In place of the incriminating egg yolks that are included in standard mayo, though, the vegan options have a variety of alternatives. These include things like guar gum or xanthan gum, which help to thicken the product, or ingredients such as modified starch, fava bean protein or soy flour to help bulk things out and emulsify the oil.

Depending on your viewpoint, mayonnaise is a sauce, dressing or condiment. It’s thick and gloopy and is usually pale yellow, cream or off-white in colour. Non-vegan mayo is an emulsion that includes oil, vinegar and/or lemon juice and – the non-vegan bit – egg yolk. Other ingredients are often added, mostly commonly mustard (which is usually vegan), to enhance the flavour and to help stabilise the emulsion.

What Usually Makes It Non-Vegan?

In the Is It Vegan? area of our site, we have assessed many products, both foods and non-food items. There is often some contention about whether something is vegan or not. And though it might seem obvious to many people, there are plenty of people out there that argue eggs – particularly free-range eggs from chickens who are very well cared for – are actually fine for vegans to consume.

There are scales of cruelty and exploitation when it comes to eggs. At one end of the spectrum, there are overcrowded and horrific battery farms. At the other end, chickens are treated more like companion animals than things for humans to exploit. But saying that some eggs are vegan and others or not opens a can of (vegan-friendly jelly) worms. The vast majority of eggs found in supermarkets are produced from hens in overcrowded and often cruel conditions. It is our view that even eggs from free-range chickens still serves to exploit the animal, even if they are well cared for, and hence eggs cannot be classified as vegan.

As such, it is the inclusion of egg yolks and/or other egg-based protein that renders standard mayonnaise non-vegan. On occasion, there might be other non-vegan ingredients included but if eggs are among the ingredients, it doesn’t matter what else is there, vegans should avoid it.

How to Make Vegan Mayonnaise 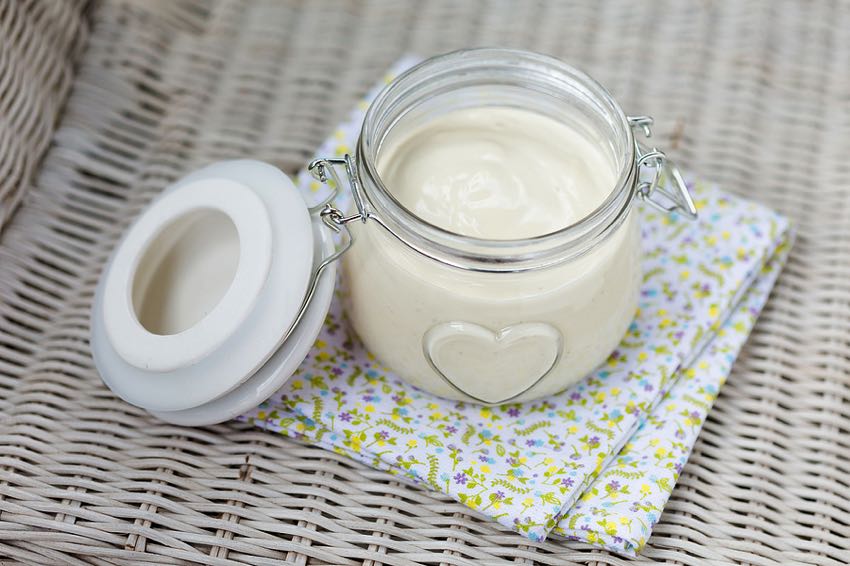 There is an excellent, quick and easy vegan mayo recipe at the BBC Food site, and it utilises that jack-of-all-trades vegan ingredient: aquafaba.

In this recipe, you simply add the various ingredients (see below) into a bowl or jug and blend “until thick and creamy”. You can adapt the recipe to taste, for instance, adding a little garlic or paprika or whatever you fancy really. Though of course, some of the readymade vegan mayo options above will save you the hassle of making your own (though some of those can cost as much as £4.00 per jar!).

When it comes to condiments and sauces, vegans do not do too badly. Most tomato ketchups and mustards are vegan, Tabasco Sauce is vegan too but Lea & Perrins Worcestershire Sauce is not as it contains anchovies (fish). Standard mayonnaise is not vegan on account of it including egg yolks.

But, as we have outlined, there are plenty of decent vegan-friendly mayonnaise products available that include various thickeners (guar gum, xanthan gum) or ingredients like soy flour (to add body to the mayo). The mass-market Hellmann’s and Heinz vegan mayo options are nice enough or there are some slightly more refined products available. But the long and short of it is, vegans need not live without mayonnaise and no chickens need suffer for if we fancy a bit of mayo in our vegan sandwiches.