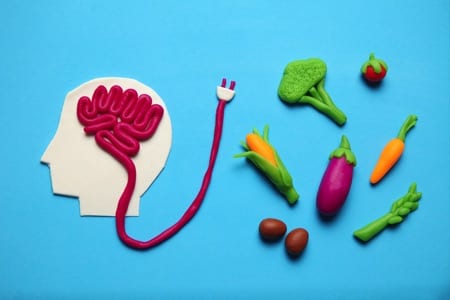 Despite the many health benefits of a vegan diet that we explain elsewhere and which are well supported by robust scientific evidence, many people continue to question the merits of a plant-based diet. If it isn’t a concern that vegans don’t get enough protein or iron, it is some wild health scare or unsubstantiated claim.

It is right and proper that we continue to consider the pros and cons of eating green and looking at new evidence whenever it arises. We feel, however, that it is impossible not to suspect that the rich and powerful meat and dairy industries might just be trying to exert some influence on the information the public is encouraged to consume.

And, of course, many parts of the media are more than happy to serve up sensationalist anti-vegan stories in the guise of news as they pander to the masses. A headline “Vegan Diet Causes Brain Shrinkage” is almost certain to sell more newspapers than one that says “Vegan Diets Tend to be Low in Saturated Fat, High in Fibre, High in Whole Grains and Deliver Lots of Vitamins and Minerals and in General Tend to be Healthier than Non-Vegan Diets”.

So, to the question at hand, does a vegan diet cause your brain to shrink? What is this story all about and what, if anything, should vegans be aware of when it comes to this issue?

The origins of this story probably lie in a study that was published in 2008. The Department of Physiology, Anatomy and Genetics, University of Oxford set out as their objective “To investigate the relationship between markers of vitamin B(12) status and brain volume loss per year over a 5-year period in an elderly population.”

Already vegan alarm bells are ringing, as it’s quite a leap from looking at B12 in old people to claiming all vegans will experience brain shrinkage. A scientific summary of the study concluded that “Low vitamin B(12) status should be further investigated as a modifiable cause of brain atrophy and of likely subsequent cognitive impairment in the elderly.”

It is also worth pointing out that the study looked at 107 people, which is the sort of sample size you commonly see in small print next to a shampoo manufacturer’s claims that their product makes hair stronger and shinier. Hardly the most rigorous investigation from a scientific perspective.

So, to summarise the scientific background to the “veganism shrinks your brain” hysteria:

How did this very minor scientific investigation and very cautious conclusion translate into the public realm via the media? Within a week of the study being published, that bastion of US truth, Fox News, detailed in its headline that “Vegetable-Only Diet Ups Risk for Brain Shrinkage”. 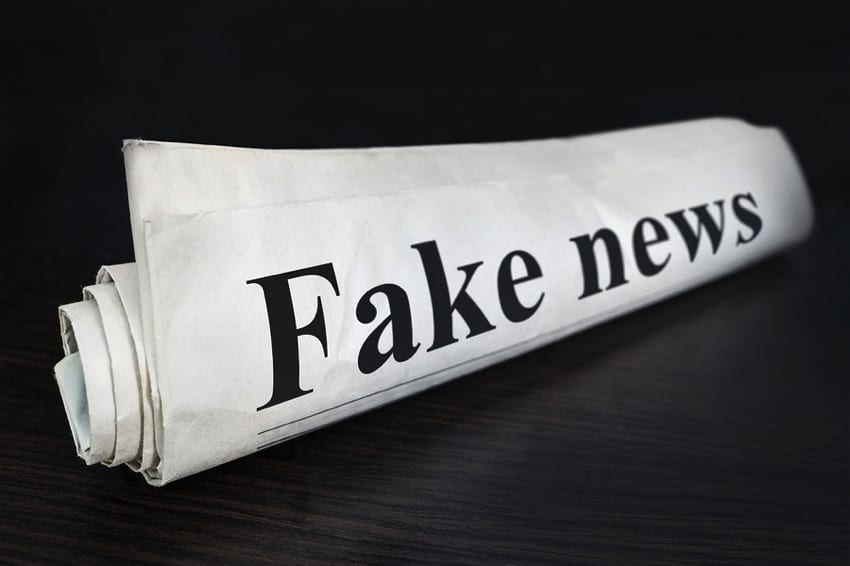 The full feature expanded on that entirely unsupported headline by adding the even less supported statement that, “The study said those on a meat-free diet are six times more likely to suffer brain shrinkage”. They also opened the report by claiming that, “Being a vegetarian may actually be bad for your brain”, although perhaps we should be thankful that they at least used the word “may”?!

Fake news, anyone? Well, despite the headline, Fox went on to quote the study’s author, Anna Vogiatzoglou, who said,

Many factors that affect brain health are thought to be out of our control, but this study suggests that simply adjusting our diets to consume more vitamin B12 through eating meat, fish, fortified cereals or milk may be something we can easily adjust to prevent brain shrinkage….

What, hang on, wait a minute, the author says that fortified cereals and (fortified, potentially non-dairy) milk can achieve exactly the same dietary benefits without the need to butcher animals? Strange then, that the entire thrust of the reporting is that those on a plant-based diet are essentially condemning themselves to a life of dementia, brain shrinkage, failing memory and premature death.

It is even stranger when we consider that the full academic paper, all eight pages of it, literally makes not a single mention of the words “vegan”, “vegetarian”, “plant” or “meat”!

Do Vegans Need Vitamin B12 Supplements?

We look in more detail at vegans and vitamin B12 elsewhere on the site. The University of Oxford study did not actually look at whether vitamin B12 supplements would help with the issue of brain shrinkage but such tablets are certainly among the more popular vegan vitamin supplements out there.

Supplements can certainly be useful in some situations but often vegans can get all the nutrients they need through their diet. Often this can be done entirely naturally but it is true that some vitamins and minerals are harder to obtain on a vegan diet. There are not too many micronutrients to which this applies but vitamin B12 is indeed one.

That isn’t to say that vegans cannot get B12 into their diets though. Supplements are an option but many vegans can easily up their intake by eating a very well-planned diet. Nori seaweed in particular is an excellent source of this essential micronutrient whilst Marmite (and other similar yeast extracts) and nutritional yeast are also good options for vegans.

Fortified foods lie perhaps midway between a vitamin or mineral tablet, and a natural food. Many foods are fortified, some are even required to be so by law; and in recent times many typically vegetarian or vegan foods have come to be fortified with nutrients that are difficult for such people to easily obtain. Vitamin D is a common fortifier (though this is tricky for both vegans and omnivores to obtain through their diet), and vitamin B12 is certainly regularly added to various foods.

Once again, we discuss this in more detail in our main feature on this vitamin, but many breakfast cereals have it added. And what are you going to pour on your vegan cereal? A vegan milk substitute of course and many of these, be they soy, almond, oat or another non-dairy offering, are also fortified with vitamin B12, with a standard 250ml serving delivering up to 60% of the RNI of B12. 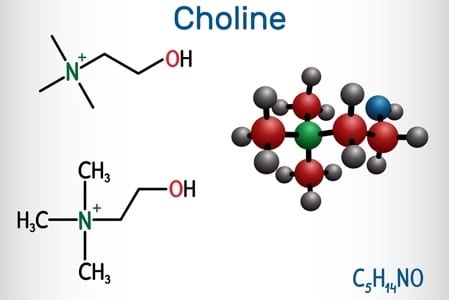 There have been other reports and studies questioning the impact of a vegan diet on the health of the brain. As we look at more closely in our feature on choline, in 2019, reports surfaced that vegans might be very short of this little known nutrient.

The reason many had never heard of choline was, perhaps, because it is not a nutrient the NHS and many other key health bodies consider to be overly important. Indeed, there is no recommended intake level. Moreover, some reporting of the study behind this story ignored two rather important things.

First, they failed to say that choline could be obtained from vegan sources, with the British Dietetic Association saying that it was entirely possible to get enough choline on a vegan diet. Second and, perhaps even more importantly, many reports failed to mention that the author of the study had previously advised and consulted for, among others, The Meat Advisory Panel, the British Egg Information Service and the Health Supplement Information Service! Hardly an impartial scientist, some extremely cynical people might suggest.

Another story, published in 2020 on the BBC, opened with the rather sensational line, “The vegan diet is low in – or, in some cases, entirely devoid of – several important brain nutrients. Could these shortcomings be affecting vegans’ abilities to think?” Many consider the BBC to be a highly reputable and impartial news source so vegans could be forgiven for being concerned by this.

This feature was titled, “How a vegan diet could affect your intelligence” and included a sub-heading backing up the opening sentence by saying, “There are several important brain nutrients that simply do not exist in plants or fungi”. Vitamin B12 was one of the nutrients listed, despite its presence in seaweed.

In addition, the article did go on to say that all the vitamins and minerals they claimed vegans couldn’t possibly obtain could actually be consumed through fortification or supplementation. In general, it gave a lot of half-truths and misleading information and as with many such pieces, it also very much skimmed over the wide-ranking benefits of a vegan diet. 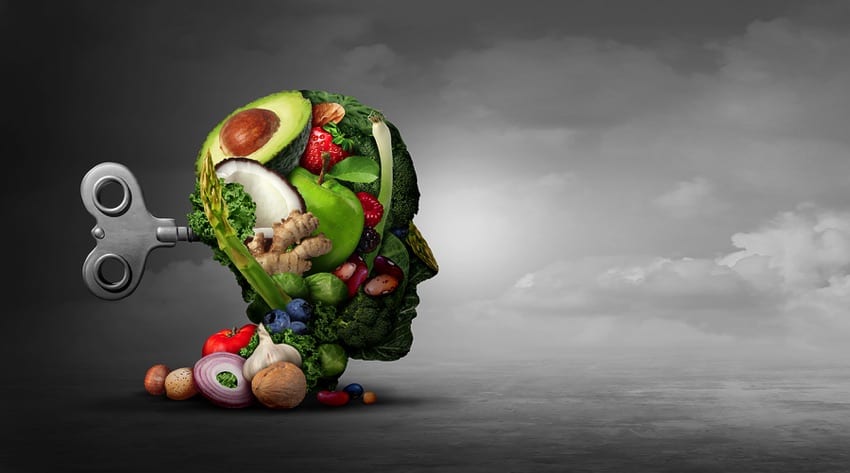 Our conclusion for this piece is rather simple: there is no evidence to suggest that the vegan diet per se is in any way linked to any issues with brain shrinkage. There is some evidence to suggest that a lack of vitamin B12 could cause such a problem and may be linked with dementia in the elderly. However, further research is needed and most importantly there is no reason why a well-balanced and well-planned vegan diet cannot deliver more than enough of the nutrient in question.

Vegans can get vitamin B12 from a range of sources, with yeast, seaweed, and fortified cereals and non-dairy milks the best options. Scare stories abound concerning the impact of a plant-based diet on health, but once again we simply have to reiterate that with a little knowledge, planning and, if needed, the use of a good vegan multivitamin there is absolutely no reason why a vegan cannot enjoy excellent health.

In addition to delivering all the essential micro- and macronutrients needed, it should not be overlooked that vegans tend to be less prone to obesity, have better cardiovascular health and a lower incidence of cancer. So, forget brain shrinkage, make sure you get your B12 and carry on eating plenty of plants!