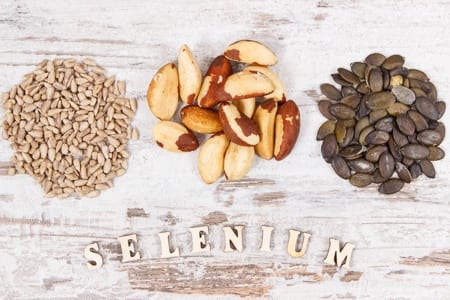 Selenium is another chemical element that is essential for humans, with the National Health Service (NHS) in the UK recommending an intake of 75 micrograms (μg) for men and 60mcg for women. Technically a non-metal (atomic number 34, symbol Se, if you’re preparing for a pub quiz!), nutritionally speaking, it is considered a mineral and serves a number of functions.

The vegan diet can easily provide virtually all of the required nutrients and micro-nutrients the human body needs but that truism is often ignored by sensationalist media articles. On a list of nutrients vegans may be lacking, according to the ill-informed or those simply pushing a particular (often meaty!) agenda, selenium features well below protein, vitamin B12 and calcium, but even so, it may be something plant-based eaters are concerned with.

Here we take a little look at the best vegan sources of selenium, what this trace mineral does and whether vegans really do need to be concerned about the possibility of selenium deficiency.

Selenium is readily available in a number of animal-based foods, with fish, eggs, some cheese and almost all meats providing a good hit. That’s great for omnivores but not so handy for those that prefer a plant-based diet for ethical, ecological or health reasons.

There is some good news though, because in actual fact, probably the most efficient way to get selenium is vegan. The humble Brazil nut (it may or may not be humble, they are reasonably expensive so perhaps humble is the wrong word!) packs a mighty selenium punch. It is, of course, 100% vegan and also provides plenty of fibre, protein and a range of other trace minerals.

We don’t need huge amounts of selenium, with the 60-75 μg requirement, equivalent to the weight of around two eyelashes. Eyelashes are not, unsurprisingly, the standard measure favoured by nutritional experts but even so, they are rather useful to illustrate our point: the body doesn’t need much selenium.

Brazil nuts are the king of the selenium world. Their exact content can vary significantly and according to Public Health England 100g of nutty goodness can provide between 85μg and 690μg. They state an average figure of 254μg though and based on that a man would need to consume just under 30g of Brazils to hit their selenium target.

That’s rather handy too, because an ounce of nuts is often recommended as being a typical serve and an ounce tips the metric scales at just over 28g. Of course, you don’t just need to eat Brazil nuts, with cashews, sunflower seeds, many types of bread and a host of other foods also delivering a reasonable quantity of Se (as your chemistry teacher might call it).

Whilst selenium can easily be obtained in small amounts from many other foods, it may be wise for those following a vegan diet to eat Brazil nuts from time to time. Selenium levels in most foods vary according to the soil they were grown in (or in the case of animals, what they were fed) and so may be lower than stated in the table above.

Brazil nuts are so potent in terms of selenium that, aside from supplements, they may be the only easy way to guarantee you are getting enough. That applies for both vegan and non-vegans, although it isn’t to say you must eat Brazil nuts.

In fact, whilst a small serving of Brazil nuts a few times a week is a great way to get your selenium, it should also be noted that selenium can be toxic. It is thought that at dosages of around 300-500μg per day, selenosis can occur. Selenosis can cause hair loss, shedding of nails, tiredness, stomach and gastrointestinal problems, neurological damage and in extreme cases organ failure and death.

In the UK, where selenium intake is routinely below recommended levels, deficiency is far more likely to be an issue than selenosis. That said, those taking supplements should be careful, whilst consuming large quantities of Brazil nuts on a regular basis should also be avoided.

Selenium Intake in the UK

It is believed (according to the Food Standards Agency’s Manual of Nutrition, 11th edition) that “the selenium status of the UK population… may be marginal for the maintenance of good health”. That’s actually quite a strong statement worded in a mild way and most people, vegan or not, would do well to take note.

It is an issue that is thought to be caused by poor quality soil lowering the selenium content of most foods. Perhaps a bigger factor is a change in the flour used to make much of the bread in the UK. The Food Standards Agency argue that UK selenium intake has “fallen by 30-50% over the last 20 years” and that this is “probably related to the substitution of … selenium-rich … flour previously imported from North America (for) lower selenium EU (wheat flour)”. Lower bread consumption in general is also thought to be a factor.

Studies have shown that despite animals being fed higher selenium diets or injected with the element, even those eating their meat, milk or eggs are not getting sufficient amounts, not even their two eye-lashes’ worth!

Supplements are an option many choose but with Brazil nuts providing a natural and healthy selenium super-boost, they would seem the obvious answer to us.

Why Do We Need Selenium? 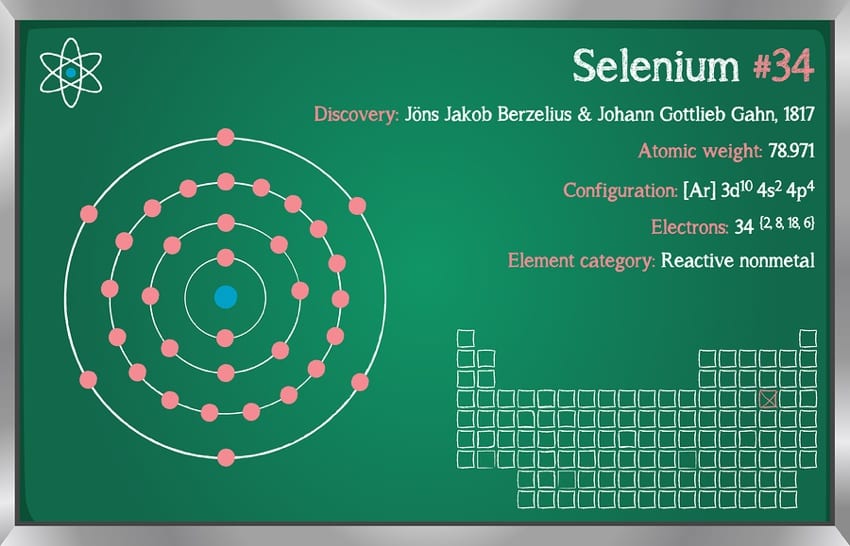 Many people in the UK, vegans and non-vegans alike, do not consume enough selenium and Brazil nuts are packed full of the stuff. But, what do we even need this mineral for? Well, there is increasing evidence linking selenium with a whole host of health benefits. Many studies claim it reduces the risk of cancer, diabetes and a range of other serious long-term illnesses.

However, the highly respected Cochrane Collaboration, whose mission is to “promote evidence-informed health decision-making by producing high-quality, relevant, accessible systematic reviews and other synthesized research evidence” has actually found little solid evidence to support such claims.

They perform meta-studies looking at a number of previous studies in order to gain the truest picture about various health issues. Selenium may prove to be crucial in the avoidance of various health issues but until there is sufficient science to back up such claims we will stick to what is more certain.

Selenium is crucial to a range of bodily functions and processes, including:

So, we now know what selenium is, what it does and how to get enough of it (and how not to get too much). Brazil nut, anyone?