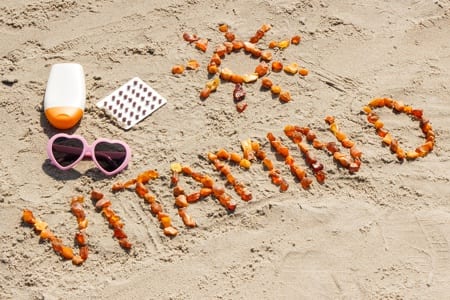 There are many vitamins and nutrients that humans require in order to function in a healthy and sustainable manner. The reasons we need the various vitamins differ enormously, but when it comes to vitamin D the necessity is well documented and easy to comprehend. Humans need vitamin D in order to regulate the metabolism of calcium and phosphorus and hence maintain bone mineralisation and bone health.

In this article, we will outline what vitamin D is, how we can obtain this essential vitamin (and it’s not just through foods or supplements), and also how vegans (and indeed non-vegans) can ensure they obtain sufficient quantities of vitamin D to avoid deficiency. Before all that though, let’s take a look at the primary vegan-friendly sources of vitamin D. Many people feel a vegan diet is almost guaranteed to be nutritionally dubious but when it comes to vitamin D, rest assured, vegans, getting enough is a walk in the park!

The best vegan-friendly source of vitamin D isn’t actually a food or supplement at all… it is the sun! The skin of humans – and many other animals – naturally produces vitamin D3 when exposed to sunlight, and specifically UVB radiation. We explain more about that later, but here are the vegan-friendly dietary sources of vitamin D for when the sun isn’t shining. And, let’s face it, if you live in the UK that’s a little too often!

The figures given for the amount of vitamin D are based on the nutritional information of given branded products at the time of writing and these might change. Always check the ingredients of a product to be sure of what it contains.

Mushrooms produce vitamin D2 when exposed to sunlight in a similar way to how humans and other animals produce vitamin D3. However, many commercially grown mushrooms are grown in dark conditions (as they are fungi so do not require sunlight to grow). Such mushrooms, as opposed to those grown in the open, will contain very little vitamin D.

Even if you purchase commercially produced mushrooms that have been grown in the dark, all is not lost, however. A number of studies, including those endorsed by the US Department of Agriculture, have found that exposing mushrooms to direct sunlight or UV radiation (for example from a UV lamp) after harvesting significantly increases the levels of vitamin D2 it contains.

This is because all mushrooms contain ergosterol, which is a provitamin form of vitamin D2, that is it can be converted into vitamin D2 (in this case after exposure to ultraviolet radiation). We instinctively find that a little hard to believe but it is a strange old world and who are we to argue with the USDA?

Fresh fruit juice is also occasionally fortified with vitamin D and calcium. As the presence or amount of vitamin D will vary from product to product, it is always worth checking the label or contacting the manufacturer or producer.

What Is Vitamin D?

Okay, get your lab coat on, we’re about to get a little technical. While vitamin D is thought by many to be a single substance, it is actually a group of fat-soluble steroids. There are five chemical compounds classified as vitamin D and these variants (or vitamers) have similar chemical structures. They are all secosteroids, meaning they are steroids that each have a broken bond in the steroid ring.

How Do Humans Produce Their Own Vitamin D?

As alluded to earlier, with the help of the sun, humans can actually produce their own vitamin D without having to bother wandering off to the health food shop to grab any supplements. On a sunny day, a person who is not wearing sunscreen who exposes their arms and legs to direct sunlight for 30 minutes can usually produce more than enough vitamin D to satisfy their requirements, but as stated by the NHS, it is impossible to give accurate figures about how much vitamin D the body will produce in sunlight given the number of variables and mitigating factors that could affect the results.

The NHS suggests that:

People with dark skin, such as those of African, African-Caribbean or south Asian origin, will need to spend longer in the sun to produce the same amount of vitamin D as someone with lighter skin.

Irrespective of the exact figures, it is clear that most people in the UK, with its rather sun-less summers and even gloomier winters, are unlikely to be able to metabolise sufficient quantities of vitamin D throughout the year. This is why either vitamin D supplements or the consumption of foods rich in vitamin D are currently recommended by the NHS and many scientific institutions.

Vitamin D2, whether used as an addition to fortified foods or as a standalone supplement is always vegan friendly. It is generally produced by exposing mushrooms or other fungus to UV radiation, or it can be extracted from lichen.

Vitamin D3 can be produced from lichen, but generally it is much more likely to have been produced by exposing the 7-Dehydrocholesterol taken from lanolin in sheep’s wool to ultraviolet light. As we discussed in our article on the vegan credentials of wool, this makes vitamin D3 produced in this way unsuitable for vegans.

Why Do We Need Vitamin D?

According to the NHS website, vitamin D “helps regulate the amount of calcium and phosphates in the body” and that these nutrients are required “to keep bones, teeth and muscles healthy”. It goes on to say that vitamin D deficiency can lead to rickets in children or osteomalacia (bone pain and muscle weakness) in adults. Clearly, these are conditions that are to be avoided.

Luckily, as mentioned, humans can become their own source of vitamin D with the help of the sun. But, in the UK, and many other areas of the world, during the winter months, the vast majority of people simply don’t get enough exposure to the sun’s ultraviolet rays to produce sufficient quantities of vitamin D naturally.

How Much Vitamin D Do You Need?

According to a 2016 report on Vitamin D and Health, compiled for Public Health England by the Scientific Advisory Committee on Nutrition:

Reference Nutrient Intake (RNI) for vitamin D, of 10 µg/d [micrograms per day] (400 IU/d), is recommended for the UK population aged 4y and above.

The RNI refers to the amount of a given nutrient that will ensure that the needs of 97.5% of the given population are met. For those not wanting to take any chances, it is worth noting that the UK recommend amount of vitamin D is below the recommended amounts of the USA (15 µg/d), the EU (20 µg/d) or France (25 µg/d).

If we focus on the UK Government’s RNI for vitamin D of 10 µg/d, that would equate to the vitamin D you would get from a very large bowl (100g worth) of Special K, with a fair splash (213ml) of almond milk. Of course, if you had a standard bowl (30g) of Special K with a more modest measure of almond milk (say 150ml), you would be getting just over 3.6 µg of vitamin D.

But if you throw in a lunch of some sun-exposed mushrooms on toast with vitamin D-fortified spread, along with a glass of fortified orange juice, then the chances are you’d be close to your daily target (though you might not know exactly how much vitamin D the mushrooms contained).

For many people, trying to get enough vitamin D from their vegan diets can be tricky, especially when the sun isn’t shining. But, thankfully, there are plenty of vegan-friendly vitamin D supplements that can help out on that front. 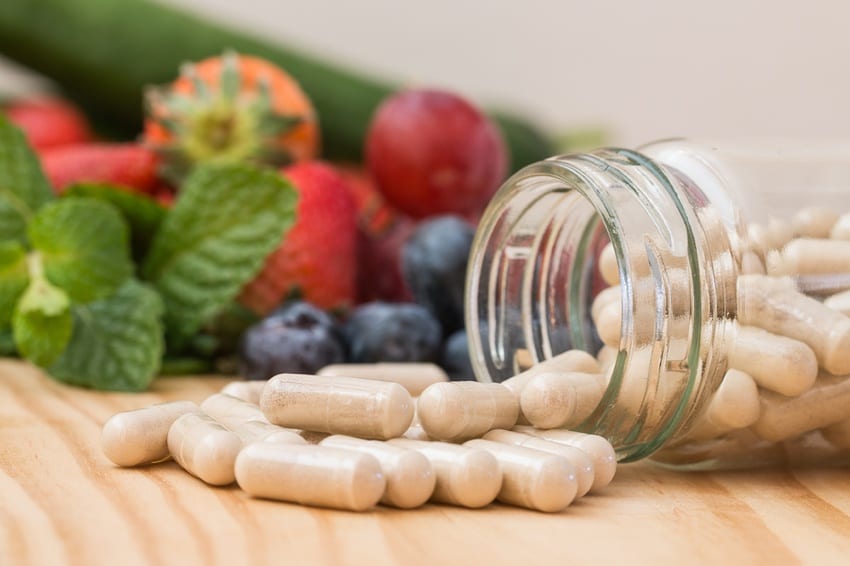 Can you Have Too Much Vitamin D?

A word of caution if you are planning to purchase vitamin D supplements. As with all supplements, it is important that you understand the dosage of what you are taking and also that you stay within recommended guidelines. It is possible to consume too much vitamin D and studies have shown that if vitamin D is consumed regularly above a certain level, there is risk of toxicity.

It isn’t 100% clear where this level lies and it varies depending on which studies you consult, but it is thought sustained intake in the region of between 100 µg/d and 250 µg/d could produce adverse effects, according to the aforementioned Scientific Advisory Committee on Nutrition report on Vitamin D and Health. The report also suggests that consuming vitamin D to toxic levels, “can lead to hypercalcaemia which results in deposition of calcium in soft tissues, diffuse demineralisation of bones and irreversible renal and cardiovascular toxicity.”

Note that prolonged exposure to sunlight does not cause excess production of vitamin D because any excess quantities of the vitamin are decomposed into inert substances. Moreover, the reality is that only by consuming huge levels of supplements could such levels be reached.