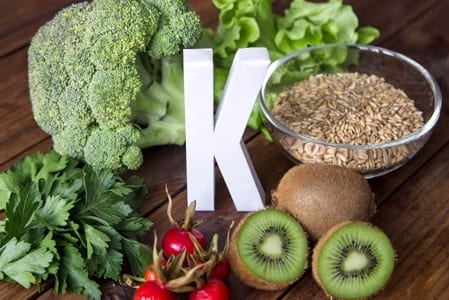 Vitamin K, it’s fair to say, isn’t one of the glamour vitamins. It gazes enviously towards vitamin C, vitamin D and the various B vitamins as they bask in the glow of all the media attention. Poor old vitamin K. It just doesn’t have the PR punch. But, nonetheless, vitamin K is required by humans and is one of the many nutrients that some vegans may feel they need to pay special attention to.

As with many vitamins, the term “vitamin K” actually refers to a group of vitamins. There are five k vitamins, with the first two being natural and the other three being made by humans. Their primary purpose is to facilitate the normal clotting of blood. Indeed the “K” itself is taken from the German for coagulation (koagulation) after a German medical journal called it the “Koagulationsvitamin”. Given the other vitamins are named according to the order in which they were discovered (“A” first, then vitamin B, and so on), we think vitamin K is missing a trick here and it should make a little more of this unique history.

Anyway, given that vitamin K is crucial to stop us bleeding, as well as there being some evidence that it helps to keep bones healthy and strong, it makes sense to question whether or not you are getting enough of the Koagulationsvitamin. 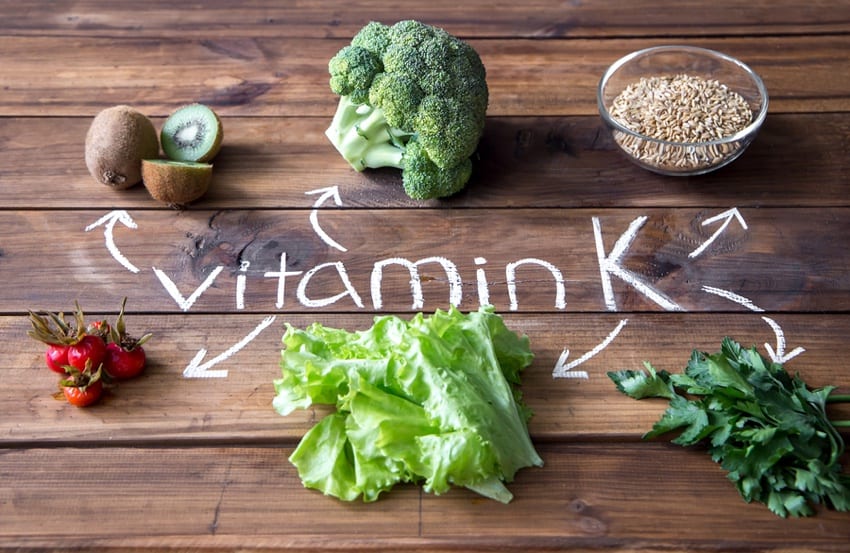 Vitamin K is, thankfully, something that by and large, vegans can cross off their “Annoying food and nutrition things I need to think about and worry about and reassure my parents I’m getting enough of” list. You know the list, right?

The reason for that is twofold. First, most of the best sources of vitamin K are naturally vegan. Second, vitamin K deficiency is almost unheard of, aside from a very small group of people who cannot absorb or use it very well, partly because our own gut flora (bacteria present within our bodies) is capable of synthesising it. So, first things first, let’s take a look at some of the best vegan sources of vitamin K.

Note that as well as the items listed above, vitamin K is also found in many fruits, with kiwis, rhubarb, plums (and prunes) among the highest, as well as avocados, certain nuts, beans and legumes and, in smaller quantities, some cereals too.

How Much Vitamin K Do I Need?

The NHS recommends that adults need around 1 microgram (micrograms – which can be written μg – are very small, with 1,000 micrograms equal to one milligram) per kilogram of their weight. That means that a person weighing in at 12 stone (76.2kg) would need around 76 micrograms of vitamin K per day.

As you can see in the table above, even a very small quantity of frozen spinach would be sufficient, with less than 10g needed. Considering one of your five a day is usually considered to be 80g, that gives you an idea of how easy it is to meet your vitamin K requirements.

Even if you don’t like leafy green vegetables, a standard serving of peas and broccoli would do, whilst it would also be easy enough to obtain your vitamin K through the small amounts in other foods. For example, a standard kiwi fruit would provide around 28μg and a medium avocado around 40μg.

What’s more, you don’t even need to eat such foods daily, as your body is capable of storing vitamin K in the liver. That means that eating just one or two servings of leafy green vegetables per week alongside some of the other good vitamin k options should be more than enough.

Also, as said, the wonderful human body is capable of creating its own vitamin K. The GI tract, which includes the mouth, stomach, small intestine and large intestine, contain bacterium that are capable of making small amounts of vitamin K. Most people will get more than enough from their diet anyway but for those that don’t this offers another little vitamin K boost.