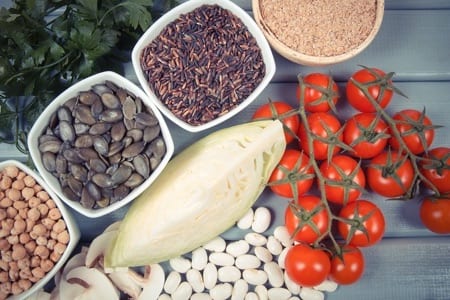 Zinc is available in a wide range of foods, commonly alongside protein, with meat and dairy serving up particularly significant doses. Vegan protein is available in lots of different ways but are there also lots of good sources of vegan zinc?

Thankfully, the answer is yes and, moreover, most people in the UK, including vegans and vegetarians, have sufficient intake of zinc for good health. However, if you want to know more about this mineral, what vegan foods are rich in zinc, or you are concerned that you or a vegan friend isn’t getting enough, we’ve got a zinc-tastic feature packed with everything you need to know.

Foods, such as beef, cheese, shellfish and chicken, are high in zinc but are obviously no good to those following a plant-based diet. However, zinc is found in reasonable quantities in lots of other foods and there are plenty of good vegan zinc sources.

As well as the foods listed above, many fortified cereal products are also an excellent source of zinc, although note that some breakfast cereals are not vegan. In addition, smaller levels of zinc can be found in many fruits, vegetables and herbs and spices.

As you can see from the table above, wholegrains, cereals, nuts, seeds and beans are among the best vegan sources of zinc. Such foods have generally featured in several of our other articles too, with many of them also being good vegan sources of iron, selenium and other essential minerals. These foods really should be at the core of a healthy diet, vegan or otherwise, as well as containing various micro-nutrients many are also excellent sources of fibre, protein and healthy fats, as well as slow release carbs.

How Much Zinc do I Need?

The National Health Service (NHS) in the UK recommends adult men should consume around 9.5mg of zinc per day and adult women around 7mg. Children and older people have slightly different needs. In theory, these levels should be achievable for most people eating a healthy diet with lots of wholegrains.

In fact, zinc is one mineral on which the population of the UK isn’t doing too badly, on the whole. The UK government’s National Diet and Nutrition Survey (NDNS) shows that over the past 10 years or so zinc intake has remained fairly steady. The latest report covering the period between 2014 and 2016 shows that both the mean and median averages for men aged 19 to 64 are very close to the recommended levels. The picture for women is slightly rosier, with those numbers around 10% above the Reference Nutrient Intakes (RNI).

Only around 7.5% of men and women were consuming less than the Lowest Reference Nutrient Intakes (LRNI), with this figure being the lowest level that can provide good health to a small section of the population who have the lowest needs.

Are Vegans Susceptible to Zinc Deficiency?

However, we shouldn’t be complacent and, with many of the best sources of zinc being non-vegan, there is at least some reason to believe that vegans are more likely to be among those at the lower end of the intake spectrum.

There are insufficient major and credible studies looking at whether or not vegans (and vegetarians, which many older studies focused on) are lacking in zinc. A 2013 study published in The Medical Journal of Australia showed that whilst vegetarians may have lower intakes of zinc, their bodies can adapt to this by “increased absorption and retention of zinc”.

If you are concerned, zinc supplements, either as a standalone tablet or as part of a good multi-vitamin are one option. The Safe Upper Level for zinc supplements is thought to be 25mg per day so only take more than that under medical supervision. Too much zinc can lead to weak bones and anaemia (due to reduced copper absorption), as well as other health issues.

That said, it is better and more natural to obtain zinc from food. One standard serving of wild rice (3.2mg), a couple of slices of wholemeal bread (1.6mg), an ounce of mixed nuts and seeds (1.4mg) and a selection of legumes and other fruit and vegetables would easily take a man to their 9.5mg daily target. Moreover, some fortified cereals contain almost the full RNI in a single serve, so there are lots of different ways to reach your ideal zinc intake.

How We Absorb Zinc 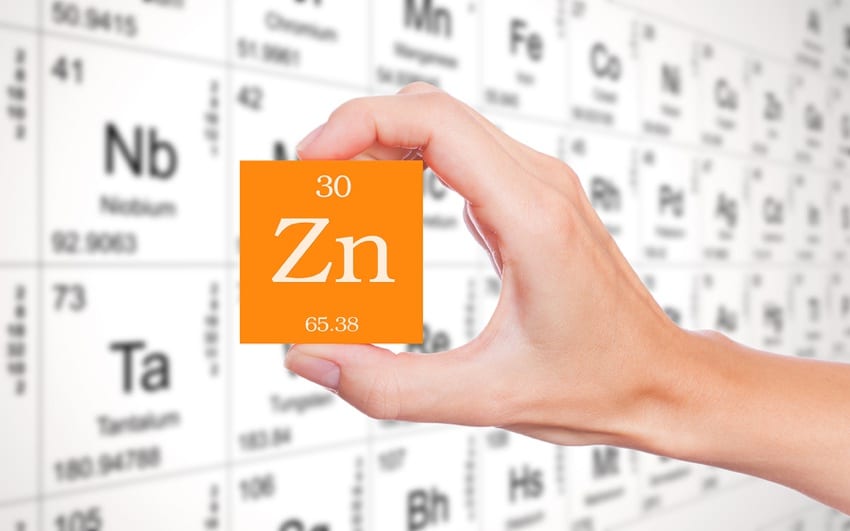 As with iron, when it comes to zinc, vegan sources can be a little harder for the body to absorb and use. Phytate is found in many of the best vegan sources of zinc, such as cereals and rice, and this “has a strong negative effect on zinc absorption” according to the National Center for Biotechnology Information, a respected body in the United States that publishes validated scientific research.

Phytate, along with various types of fibre and different proteins all have an impact on how we can absorb zinc. As we have said in various pieces, the exact process by which this works is complicated and beyond the scope of this article, but there seems little doubt that many of the best vegan zinc foods aren’t quite as good as they might otherwise seem because the presence of phytate. That said, many proteins boost absorption and so nuts, tofu and seeds remain excellent sources of zinc.

That is not to say that the various cereals and grains are not also good additions to a vegan diet, nor that they don’t contribute to the body’s zinc needs. However, some nutrition experts argue that those obtaining their zinc solely from vegan sources should try to consume up to twice as much zinc as is otherwise recommended in order to offset this reduced absorption.

Why Do We Need Zinc?

Zinc is a key component of our bones, with around a third of the body’s zinc found there. It is vital in helping wounds heal and also helps the body process fat, protein and carbohydrates. It is closely associated with the functioning of a wide range of enzymes and is needed for the body to make new cells. It plays a key role in the workings of our immune system with various studies suggesting it can help reduce susceptibility to the common cold. It also fulfils many jobs in our metabolic system.

A deficiency of zinc, the second most abundant metal in the human body after iron, can lead to diarrhoea, poor skin and hair, including hair loss, the slow healing of wounds and reduced cognitive functionality. Moreover, because of its impact on the immune system it can lead to various infections, including those of the respiratory system, and even pneumonia.