Anyone visiting Scotland should certainly ensure they stop by the magical capital Edinburgh to explore the many attractions it has to offer. As well as the more obvious landmarks such as Edinburgh Castle and Arthur’s Seat, the city is also awash with culture, both contemporary and from times gone by. The Edinburgh Festival Fringe brings the city to life with all manner of theatre, comedy, oddities and spectacles, while the Edinburgh International Festival brings some of the best dance, opera, music and (more traditional) theatre to the fore.

All the information provided below is correct at the time of writing, but – as we’ve all found out in recent years – things can change rather swiftly in this topsy-turvy world, so please check with the establishment in question to double-check prices and menu items. Or just go along and see what they have to offer, whatever you prefer.

Well-established and popular vegan café serving a wide range of meals, cakes and even a special vegan afternoon tea!

Located just off York Place and not far from the Scottish National Portrait Gallery, Holy Cow Vegan Café have been around since 2016 when they began serving up some of the most popular vegan burgers in the city. You can choose from Portobello Mushroom, Vietnamese Tofu, Nori Fish, Pulled Jackfruit or Quarter Pounder burgers, but if you fancy something else, there are various other options. They have a couple of nice-sounding salads, various sandwiches, veggie bowls and pasta dishes, all of which are vegan and mainly organic.

For those seeking the real wow factor, perhaps for a special occasion, booking in for the Holy Cow Afternoon Tea could be a great option. As well as your tea of choice you will get savoury appetisers (such as the beetroot wrap with wasabi and green pea hummus), a selection of sandwiches and homemade scones with clotted cream and strawberry and lemongrass jam (or another dessert). It’s all 100% vegan and it has been garnering some excellent feedback from customers. 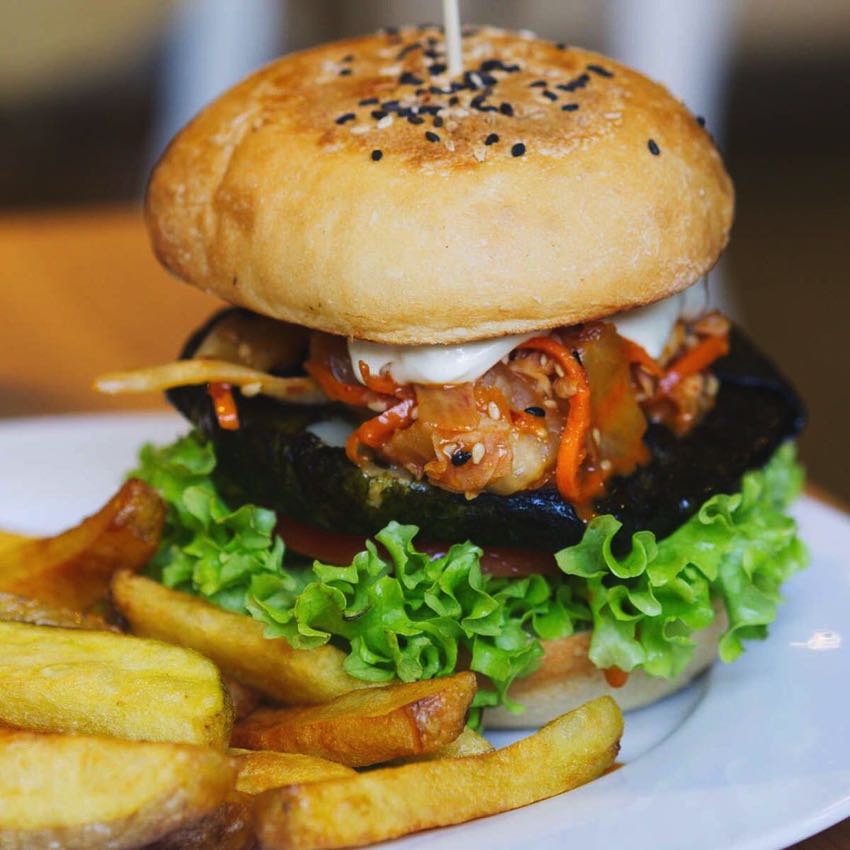 As well as the food mentioned, Holy Cow also has a kids’ menu and a wide range of hot and cold drinks including smoothies, kombucha and a good selection of coffees. It has built up a reputation for excellent, friendly service over the years, but it’s fair to say that many vegans visit Holy Cow for one reason and one reason alone: arguably the best vegan burgers in town! Note that their sister eaterie (Holy Cow Lounge) is located on Dundee Street and lives up to the standards set by the original.

Vegan café with beautiful, nutritious food, a wellness centre, events and live music to help you embark on a holistic adventure of healing and connection!

This 100% vegan café and wellness centre has built up a reputation for providing nutritious and good-value vegan food alongside a variety of wellness-related events, workshops and classes. They run yoga classes (from beginners to more advanced practitioners), Pilates, baby yoga and more, and they host events and supper clubs covering all kinds of subjects from Shamanic Drumming to sound healing and mindful breathing techniques. 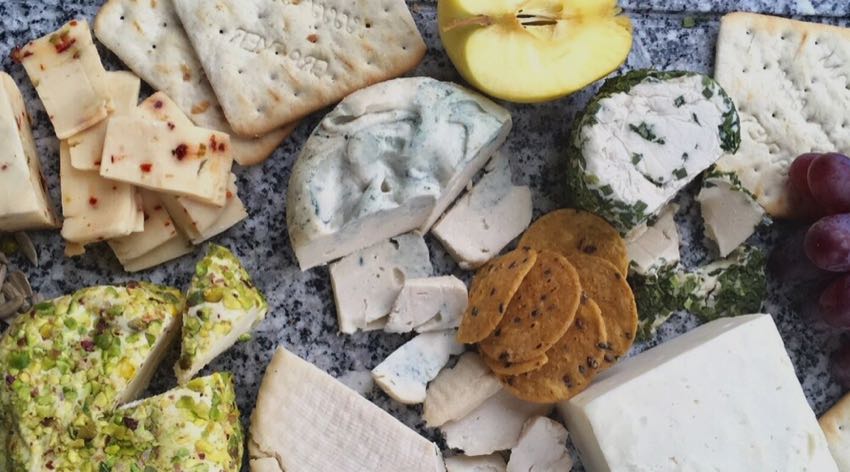 Located about a mile south of Edinburgh Old Town in the Mayfield area, Beetroot Sauvage is an oasis of calm that is likely to appeal to those who want to forget the outside world for a while and indulge in tasty vegan food with their coffee, tea or smoothie. The bubble waffles also look very tempting for those with a sweet tooth!

Many of the dishes found at Beetroot Sauvage could be classified as rather standard vegan fare, with things like Chilli Sin Carne, Nachos, Mac n’ Cheese and the various sandwiches and salads. But there are a few more imaginative dishes including the West African Peanut Stew, the Haggis Roll and the Acai Smoothie Bowl. And all are made from high-quality, fresh ingredients and are served by friendly and welcoming staff. All in all, if you’re in this neck of the Edinburgh woods, check it out.

A chilled and inviting vegan café bar with wholesome and appetising dishes and a great range of drinks.

Established in 2017 by the same folks who are behind some of the top vegan eateries/music venues in Glasgow (Mono, Stereo, and The Flying Duck), Harmonium offers a similar bar/café vibe with some interesting and appetising dishes. There is a deliberate maritime tilt to many of the options here with things like Pan Seared King Oyster Mushroom Scallops and Filet o’ To-Fish Burger appealing to those who used to enjoy fish or seafood before becoming vegan. Or indeed those who are curious as to how the vegan alternatives compare. 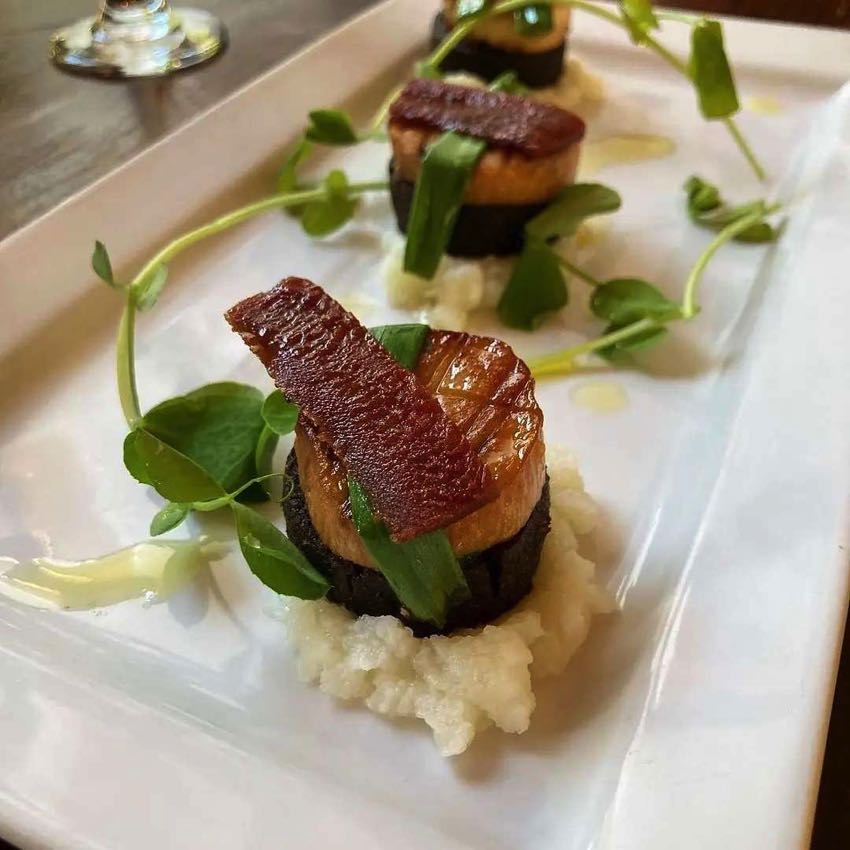 Located a short walk from both the Scottish National Portrait Gallery and Calton Hill, a visit to Harmonium could be perfect for those doing a spot of sightseeing north of the Royal Mile. And it’s not just those seeking nourishment who are well catered for. Like their Glasgow counterparts, this place has a wide range of drinks from which to choose including some well-made cocktails, a solid wine list and a good range of whiskies. Generally speaking, Harmonium is regarded as one of the best vegan eateries in the city when it comes to the quality of the food and it is popular with vegans and non-vegans alike.

Much-loved vegan pizza and Italian restaurant with a great reputation.

If you like pizzas – and we’re talking real pizzas rather than the ones you might encounter at Domino’s or Pizza Hut – then NovaPizza could be right up your street. But there’s plenty more to enjoy on the menu aside from pizza as there is a range of fine vegan pasta dishes, starters and breads and a couple of sumptuous-sounding mains. But it is the pizzas that have helped this establishment gain such a good reputation in recent years. With standard pizzas, “pizza blanche” or calzone options, and a wide array of toppings, these vegan pizzas are very highly regarded by the many fans this place has gathered. 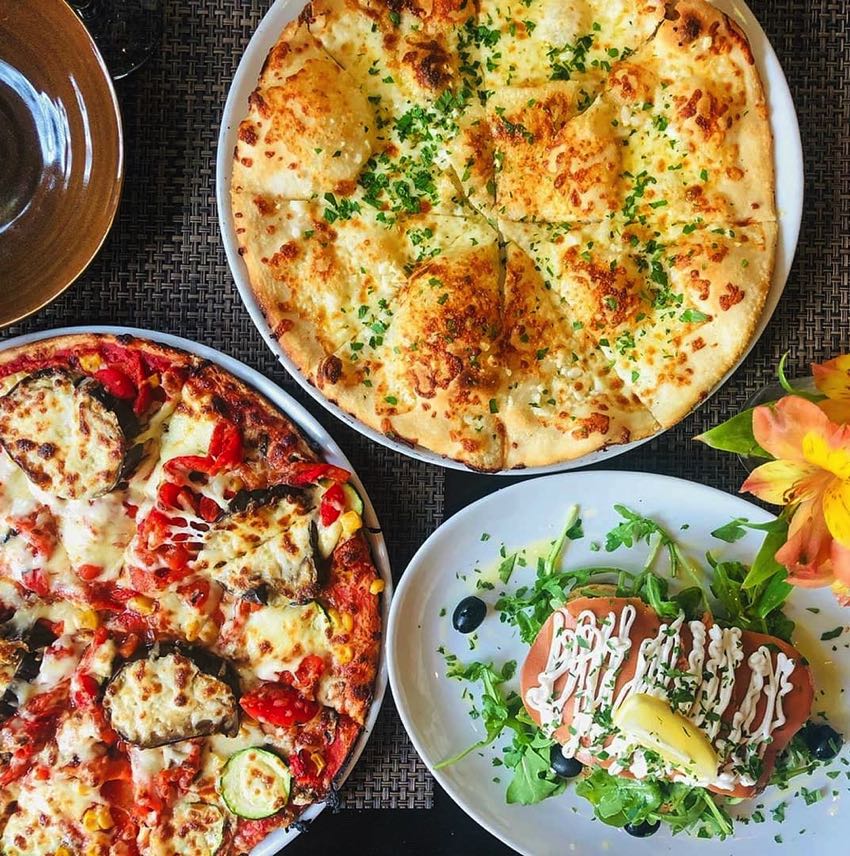 It is perhaps a little pricier than some of the other vegan restaurants and cafés mentioned here, but the food is of a high standard and there is also a fantastic dessert menu that is packed with vegan-friendly versions of Tiramisu, Crème Brûlée and Lemon or Oreo Cheesecake. You are sure to be satisfied after a visit to NovaPizza.

Self-described “alternative vegan deli”, Black Rabbit is a great plant-based pitstop when exploring the many sights of Edinburgh.

With a fine range of sandwiches, bagels, croissants and cruffins (a cross between croissants and muffins), as well as various other light bites and lunch options, Black Rabbit is a great place to stop for a coffee and snack or meal in between museums or Fringe Festival shows. They bake many of the items in-house and strive to be as sustainable as possible (using 100% green electricity and avoiding plastic packaging).

The exact pastries, cakes, cruffins and scones that are available will change regularly as they are created and baked in the café, and they also have a great range of vegan cheeses at their deli counter. With a friendly atmosphere and a good location near the King’s Theatre, Black Rabbit is well worth visiting if you fancy a coffee, a bagel or something a little sweeter. 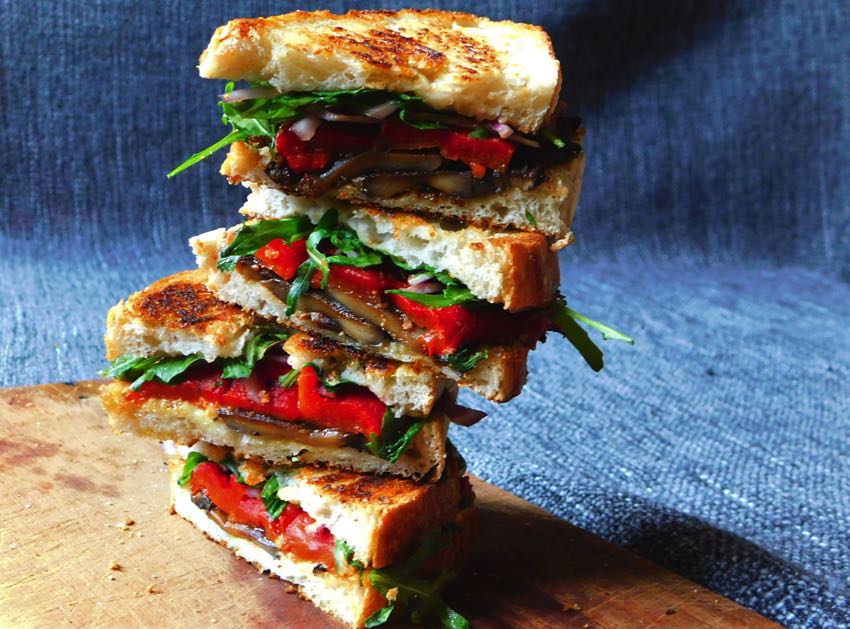 If you want to avoid the usual tokenistic vegan options at chain restaurants, then either check out one of the vegan establishments outlined above or perhaps venture into one of the following.

Like many vegan food outlets, FacePlant began life as a pop-up kitchen attending events and markets. But they became popular enough to bring their mix of vegan comfort food to a permanent location on Duke Street, as well as a stall at the excellent Leith Market. They specialise in vegan meat alternatives, and serve various loaded hot and cold sarnies, mac ‘n’ cheeze, salads and more.

This vegan café and bakery has a great array of breakfast, brunch and lunch options including waffles, toasties, sandwiches, Buddha Bowls, burgers and more. They also sell all kinds of homemade vegan cakes and other delights and can custom-make some very cool-looking birthday cakes if you contact them with your request in advance.

If vegan Indian street food appeals, then Radge Chaat is the place for you. Serving samosas, pakoras, chana chaats and more, Radge Chaat is located on the 4th floor of the St James Quarter Shopping Centre so is the perfect place to stop off if you’ve had a busy morning of shopping.

Seeds For The Soul

Open for breakfast, lunch and dinner, Seeds For The Soul has an extensive vegan menu that includes burgers, bowls, man ‘n’ cheese, toasties, vegan hot dogs, wraps, bagels and more. They also have loads of alcoholic and non-alcoholic drinks available.

Another vegan Italian restaurant that is worth checking out. Some people rate it as highly as the abovementioned NovaPizza, and like that establishment, Sora Lella has a great range of Italian classics, but without any animal products spoiling it.

Things to Do in Edinburgh

Visitors to Edinburgh face a dizzying array of choices when it comes to picking how to spend their time in the city. Whether you want to experience the many great restaurants, bars and music venues, take in a bit of culture, simply hit the shops or seek out a whisky distillery or two, Edinburgh is sure to have something that satiates your appetite.

Edinburgh has a rich heritage that spans centuries and it contains many monuments to that heritage, including the iconic Edinburgh Castle. There are also some absolutely cracking museums to explore too. Here are some of the best places to visit in the Scottish capital.

As mentioned in the introduction to the article, Edinburgh is a hotbed of culture and that covers the whole spectrum from the weird and wonderful and downright bizarre shows that appear at the Fringe to the high cultural offerings of the International Festival. But aside from those extremely well-known events, Edinburgh also plays host to many other cultural highlights including the following:

A Thousand Other Options

As this article is more about the vegan food of Edinburgh than the sights and attractions, we’ll not go into any more detail about what there is to see. Suffice it to say, there are numerous options including walking tours, galleries (with the Scottish National Gallery and the Scottish National Portrait Gallery being at the top of our list), a visit to the Scottish Parliament and all kinds of other delights. And, of course, there are plenty of opportunities to sample a dram or three of whisky.

As you would expect from a city as interesting and diverse as Edinburgh, there are loads of options when it comes to vegan restaurants and cafés. It’s a slightly different scene to that of Glasgow (which is focussed more on bars and music venues) but the range in the capital is good and there are some particularly good vegan Italian restaurants and bakeries that are well worth seeking out. Whether you want a quick vegan snack while taking a little time out from sightseeing, or you’d prefer to linger for a sit-down meal, Edinburgh has a vegan eaterie that should fit the bill nicely.