*Cooking (20-25 mins), Chilling (20 mins), Churning (25-40), Extra Freezing (3+ hours)
Flavoursome, creamy vegan-friendly vanilla ice cream with a hint of saffron, this uses coconut milk in place of dairy milk and can be used as a starting point for many different flavours. 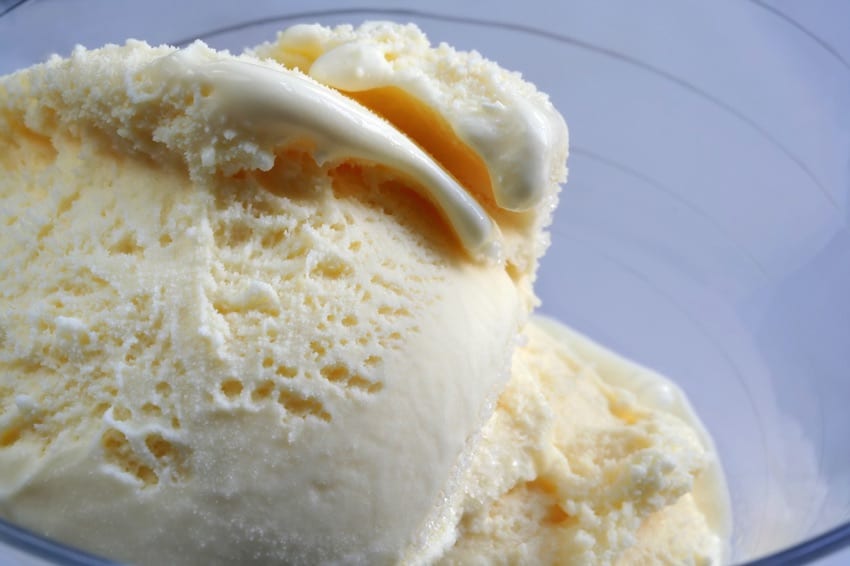 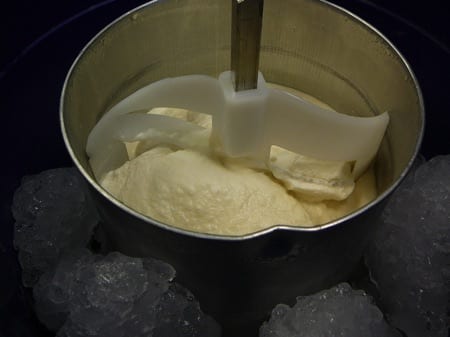 Ice cream is traditionally made with dairy milk or cream (as its name suggests), but there is no reason why you can’t make non-dairy, vegan-friendly ice cream that is just as delicious, and usually a fair bit healthier too. Sometimes eggs or egg-derived products are also added to ice cream, but clearly we won’t include anything egg-related here.

We go into detail about all the best shop-bought options in our dedicated Vegan Ice Cream article, but here we will give you some basic vegan ice cream recipes, techniques and flavour ideas.

For the best results, it really makes a difference if you have an ice cream maker. There are ways around this, but if you plan to make your own vegan ice cream regularly we would recommend investing in a proper ice cream maker (they range in price from around £30 to £150 or more, so it will depend on your requirements).

When it comes to creating that recognisable creamy consistency that ice cream lovers crave, there is really little to beat canned coconut milk (avoid the reduced fat options) as your main dairy replacement in vegan ice cream. If you are allergic to coconut or just don’t like it, you can use one of your favourite vegan milk alternatives, or something like oat cream can also work well.

For our basic – but extremely tasty – vegan vanilla ice cream, we use full-fat coconut milk, so there is a hint of coconut flavour that comes through. We think this adds to the taste, but you can always experiment with the quantity of vanilla extract to balance the flavours as you see fit.

Note that if you don’t have an ice cream maker, you can simply add to your preferred freezer-safe plastic tub, put it in the freezer and give it a stir every 15 to 20 minutes until it becomes too frozen to stir.

This is obviously more labour intensive and is likely to produce an ice cream that is less creamy as it will probably contain ice crystals. None the less, it is probably worth trying this before investing in an ice-cream maker as these devices often feature on lists of the most unused cooking gadgets! 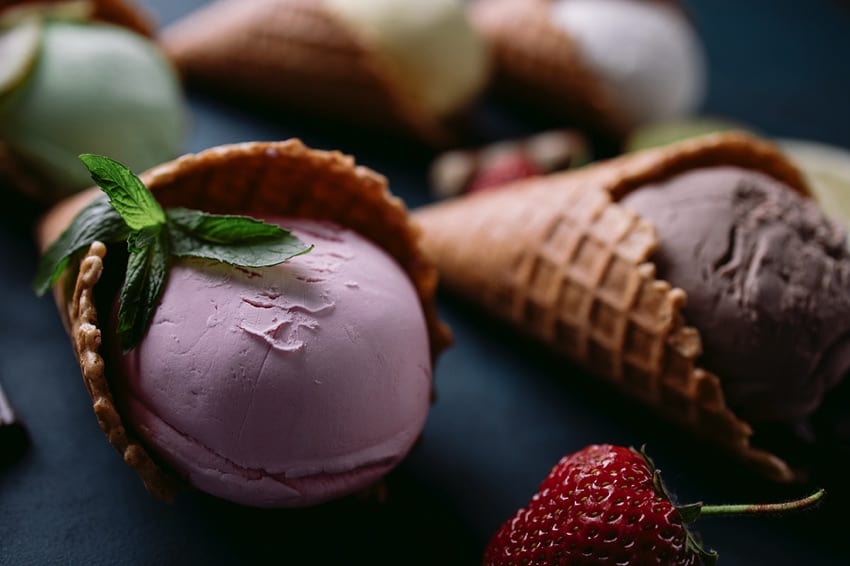 We describe a basic vegan vanilla ice cream recipe above, but when it comes to making your own ice cream, you really can allow your imagination to run wild. You could use some of the more interesting ice cream flavours (whether vegan or non-vegan) for inspiration and just adapt them accordingly, whether to make them vegan friendly or just to your taste.

Basically, use the above recipe but leave out the vanilla pod/extract and saffron, and add whatever else you fancy. Here are some fairly simple ideas to get you started, but the options are essentially endless.

Note that there are various sorbets and ice-cream-like desserts that are vegan friendly, but they will be covered elsewhere on the site.

Prefer to Just Buy It?

If you don’t have an ice cream maker or you just can’t be bothered, we have also listed some of the tastiest vegan friendly ice creams on the market.