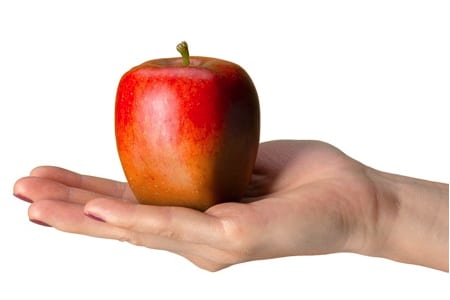 Some people hold their vegan beliefs very strongly indeed and with such a fervour that others may jokingly suggest it is as if they are following a religion. At VeganFriendly.org.uk, we like to provide information and let you decide for yourself about all things vegan but some others take a more proselytising approach and are, dare we even suggest it, a little bit preachy.

It comes down to a matter of opinion whether people’s advocacy is just them showing a passion for a worthwhile cause or full on preaching. But more recently some vegans have gone even further and tried to argue that veganism is in fact a religion. Can that really be the case? Is veganism a religion? There will certainly be plenty of sceptics.

We could debate and discuss this issue in all sorts of different ways, from the philosophical to the semantic, as well as looking at what it might mean in real, practical terms. We will have a look at some of those issues, but before we do, let’s examine what brought this argument to mainstream attention.

In December 2018 the Telegraph reported veganism could be given the status of a protected belief. The story centred on Jordi Casamitjana, an ethical vegan who believed he had been sacked due to his “philosophical belief in ethical veganism”.

Mr Casamitjana worked for the League Against Cruel Sports but was dismissed after he expressed concern that the animal welfare charity’s pension fund was investing in companies that had involvement with animal testing.

The intricacies of the case itself are not relevant here but the principles that underpin Casamitjana’s arguments are. In what was described as a landmark tribunal, his lawyers hoped to prove that veganism deserved being included within protections offered by the Equality Act 2010. If veganism, particularly ethical veganism, as opposed to simply dietary veganism, could be shown to be “a philosophical or protected belief”, rather than simply a lifestyle choice, it would merit the same protection the Act gives to religions and other protected beliefs.

The report said that Casamitjana’s legal team were highly confident that veganism passed the relevant tests to be viewed as such. These tests include being:

The solicitor for the case said that ethical veganism was a “particular and well-defined philosophical view about the relationship between humans and animals. It is based on well-considered and substantial philosophical thinking”. The argument was supported by an academic at Leeds Trinity University, Dr Suzanne Owen, who said they have a “very strong case”.

Owen successfully helped the Druid Network’s argume that they were a religion and made various points in favour of Casamitjana. However, she also said that the biggest issue would be the last “test” listed above. Proving veganism was categorically a belief as opposed to an opinion would depend on how the arguments were presented she suggested.

At the time of writing, the case remains unheard following a number of postponements and minor issues. Early in November 2019 Casamitjana posted a YouTube video, shown below, updating people with a pre-hearing now scheduled for early 2020.

So, for the time being at least we cannot say whether ethical veganism is to be viewed as a protected belief or not. But even if it is, can we really say that veganism is a religion?

A Historic Day for Veganism

On the 3rd January, 2020, this case finally reached a denouement and much to the surprise of many vegans (who felt the powers that be had fudged the case for some time and were unlikely to find in their favour) it was ruled veganism was indeed a protected philosophical belief.

As reported in the BBC, the tribunal decided veganism should be covered by the Equality Act 2010. The judge Robin Postle said “I am satisfied overwhelmingly that ethical veganism does constitute a philosophical belief”. He also said that ethical veganism was both “important” and “worthy” of respect in a modern and democratic society. Mr Casamitjana said,

I’m really, really satisfied and I hope all the vegans out there that have been supporting me – there have been many helping me in my crowdfunding – I hope they now feel their little donation has been properly used and all the vegans will benefit … Veganism is a philosophical belief and when you look at my life and anybody else’s life who is an ethical vegan, you will see it. This is a positive belief, it’s not a negative belief. And therefore a positive belief is bound to be protected.

The ruling may well have a huge impact on society and employers’ and employees’ actions and it will be very interesting indeed to see how this plays out.

Is Veganism Really a Religion? 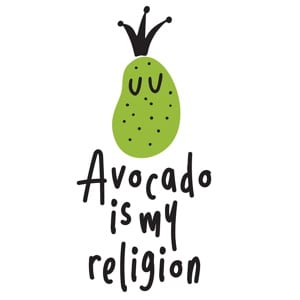 Due to the tribunal ruling ethical veganism will now be incorporated into the Equality Act 2010. It will fall under the “characteristic” (as the Act calls it) of religion or belief. The following are the other eight areas or characteristics that are offered protection from discrimination:

So now ethical veganism sits alongside religion and other accepted belief systems. However, in truth, whether it is covered by the Equality Act 2010 probably makes no difference to whether or not we can say veganism is a religion. When the story about Mr Casamitjana’s case broke it was accompanied by the typical sensationalism, designed to attract clicks and shares. For that reason, many outlets pushed the idea that veganism could become classed as a religion when, in fact, it would simply hold protection as a belief.

Even then we would really only be talking about its status in relation to this particular Act. Whilst the tribunal’s findings will have huge and wide-ranging consequences and could have weight as a precedent in other areas, it won’t suddenly mean vegan churches will spring up, or that you can try and nab a day or two off work for a vegan holiday (sadly)!

There are lots of different ways of defining a religion and in fact exactly how it is defined is something that is often disputed. The Oxford Dictionary defines it as “the belief in and worship of a superhuman controlling power, especially a personal God or gods”.

However, many Buddhists, particularly Theravada ones, are atheists, whilst there are a number of nontheistic belief-sets that many people typically accept as being religions. Some definitions centre on reverence and awe for that which is deemed to be sacred but the terms “reverence” and “awe” are troublingly vague and subjective.

Indeed there are almost countless definitions of what religion is and with each come different problems or different exceptions that call it into question. Philosophers have questioned whether capitalism or Marxism can be defined as religions and similar arguments can be made for just about any set of beliefs.

Those who might seek to have veganism defined as a religion have two possible templates to consider. Many will be familiar with what is termed the “Jedi census phenomenon”. In short, around the year 2001 a movement began encouraging people to list Jedi as their religion on their next census. 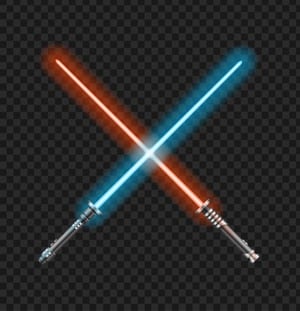 It was claimed that if enough people listed the Star Wars “order” as their religion the relevant authorities would have to list it as an option on future censuses and, moreover, it would then be an authorised, accepted religion.

This had varying degrees of success around the world, with New Zealand seeing more than 50,000 people claiming to be Jedi. At 1.5% of the population that was the highest per capita level anywhere and, for reference, in the 2011 census around 0.4% of the UK population put Judaism as their religion!

In England and Wales a huge 390,000 people, around 0.8%, claimed Jedi status, meaning that, on official data, there were more followers of the fictitious Star Wars quasi-religion than there were Sikhs, Jews or Buddhists!

Subsequently “Jedi” was assigned its own code in the UK for census purposes but the Office for National Statistics were keen to emphasise this did not make it a religion. The code is simply a reflection that it is a common answer but does not confer any official status or rights to Jedi. Proving they weren’t without a sense of humour the ONS released the news in a press release entitled “390,000 Jedi There Are”.

In a similar vein, the Australian Bureau of Statistics stated that whilst people believed a certain number of responses would lead to Jedi becoming an accepted religion by them, that wasn’t the case.

So, whilst some may claim their religion to be Jedi, no relevant authorities have accepted that claim in any meaningful way. What this means for veganism is that a similar approach would almost certainly be equally fruitless, not that, at present, anyone is suggesting such a strategy. 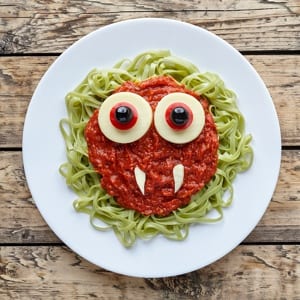 A similarly light-hearted movement involved worship of the deity the Flying Spaghetti Monster and was founded in 2005. It was essentially a protest against the education authorities in Kansas in the US, who had decided to permit the teaching of intelligent design, or creationism, as an alternative to evolution.

Once again we won’t go into great detail but the followers of the Flying Spaghetti Monster, believers in Pastafarianism, sought to satirise the advocates of intelligent design by creating what they perceived to be an equally ridiculous yet unfalsifiable “religion”.

Pastafarians have tried to get their “religion” classified as an officially – which is to say legally – recognised religion. That would confer upon it the various protections and rights that other religions can claim and they have certainly had greater success than their Jedi brethren.

New Zealand has accepted Pastafarians as legitimate marriage celebrants, whilst a 2011 case saw an Austrian granted the right to wear a pasta colander on his head (as permitted religious headwear) for his driving license photo. Similar moves have been made in a range of countries but overall it is hard to truly say that Pastafarianism is accepted as a global religion.

It is unlikely that veganism will ever be accepted by the majority of people in any country as a true religion. Debate over the meaning of the word “religion” means that it is hard to ever reach much of a consensus anyway, aside from when it comes to the historically major religions.

Whilst vegans could make a strong case for their way of life being classed as a religion, in truth, that is not what too many people are really arguing for. It certainly ticks many key boxes but it falls short in some areas too. Whilst the love of and respect for animals does impact on almost all areas of a vegan’s life, it can’t really be viewed as a fully unified system of beliefs with a moral code and full world view.

However, as said, that is not really the path most vegans want to go down in any case. What vegans are more likely to want is a degree of respect and protection in certain areas. That might encompass areas, such as food labelling, availability of vegan products, protection from discrimination, certain considerations at work and indeed many other areas.

Such protections could very well come now that the key test case driven by Mr Casamitjana (that we mentioned at the start of this piece) is successful. Now that veganism has been adjudged to fall under the protected characteristic of “religion or belief”, it could have fairly profound ramifications in many areas of vegan life. Exciting times!