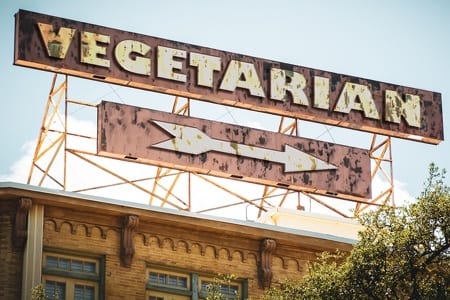 The difference between vegans and vegetarians is that vegans do not consume (eat or use) any products deriving from animals whereas vegetarians do not eat animals directly. This means that while vegetarians will not eat pork, beef, chicken, fish, seafood or any other animals, they may still consume dairy products (milk, cheese, yoghurt, et cetera), eggs, honey and some other products that derive from animals as opposed to those made out of animals per se.

In addition, vegetarians will usually still purchase and/or use animal-derived products, such as wool, silk and beeswax, among many others. Veganism is not just about diet, however, and so vegans would also forego these products and any others that came from animals. They would also, where possible, exclude any products tested on animals or that exploit animals in any way. Moreover, vegans also oppose and eschew activities that harm or exploit animals, such as horse riding or keeping pets.

There is no undisputed definition of either vegetarianism or veganism and, as we shall see, there are various shades of each. There are, however, some definitions that are widely accepted.

For instance, the oft-quoted (by us at any rate!) definition of veganism as formulated by the Vegan Society states:

A philosophy and way of living which seeks to exclude—as far as is possible and practicable—all forms of exploitation of, and cruelty to, animals for food, clothing or any other purpose; and by extension, promotes the development and use of animal-free alternatives for the benefit of animals, humans and the environment. In dietary terms it denotes the practice of dispensing with all products derived wholly or partly from animals.

The Vegetarian Society of the United Kingdom

Meanwhile, the Vegetarian Society of the United Kingdom states that a vegetarian diet is one that does not include any meat or poultry, fish or seafood, insects, gelatine or animal rennet, stock or fat from animals.

To get a little more technical, the European Vegetarian Union issued a Joint Position statement with food industry umbrella organisation FoodDrinkEurope, which outlined the foods that were suitable for both vegans and vegetarians. In relation to vegans, it said the following would be suitable:

In relation to vegetarians, it stated that in additions to foods suitable for vegans, milk and dairy products, colostrum, eggs, honey, beeswax, propolis, or wool grease, including lanolin derived from the wool of living sheep or their components or derivatives, may be added or used in the production or processing of suitable foods.

Life is a complex thing, of course, so there are plenty of people who might refer to themselves as either vegetarian or vegan whose diet or lifestyle doesn’t fit exactly into any of those definitions. So, let’s take a look at the main categories of vegetarians and vegans there are out there. 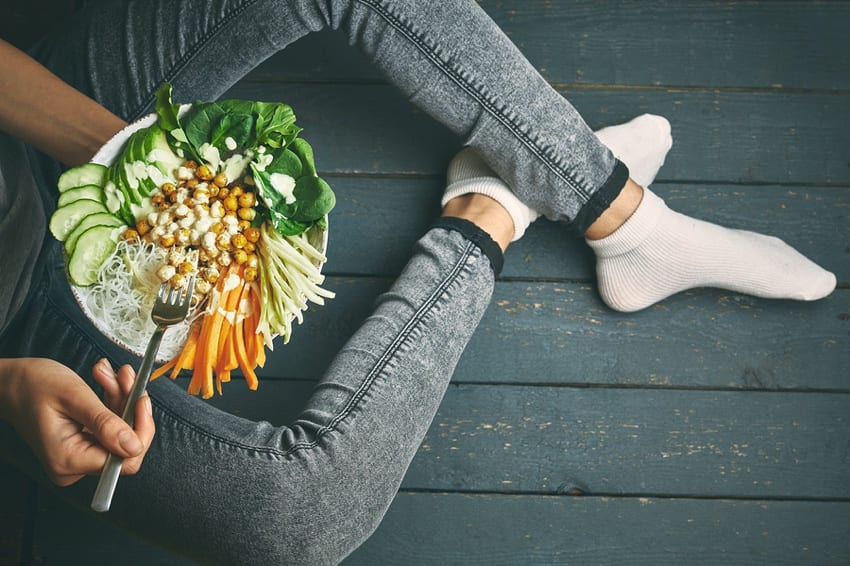 As with any lifestyle choice, philosophy or belief system, a spectrum exists that ranges from pure carnivores to Level 5 Vegans. Here we’ll briefly explain the main categories of vegetarian and vegan to show how diets and lifestyles can be more or less ethical (or extreme, depending on your viewpoint).

Not really a vegetarian at all, a flexitarian is essentially just a modern term for an omnivore who just doesn’t eat meat every single day. Well done you! Give yourself a pat on the back and have a well deserved rest as you surely won’t have enough energy to get through your day otherwise! Obviously, the less meat consumed the better, but this is a rather tokenistic form of diet that is hardly going to save the world.

Another term referring to people who aren’t vegetarians, a pollotarian is a rather ugly word for someone who does not eat red meat (beef, mutton, venison, horse and so on) but is seemingly quite happy to chomp away at pork, chicken and turkey, not to mention fish and seafood and dairy products.

Again, it is better for everyone (in environmental terms) and the cows and sheep in particular if more people stop eating red meat, but this is another diet filed under the “could do more” heading.

A pescatarian is someone who doesn’t eat meat from land-based animals but who deems it acceptable to eat fish and seafood, perhaps based on Kurt Cobain’s spurious, possibly ironic, assertion in Nirvana’s song, Something In The Way: “But it’s okay to eat fish ’cause they don’t have any feelings”. Pescatarians tends to consume dairy products too.

A seagan (why are these words so horrible?!) is someone who essentially follows a plant-based diet, except when it comes to seafood (molluscs, crustaceans and other non-fish sea-dwellers). Some seagans claim the reason for this apparently arbitrary targeting of these animals of the sea is that they would be unable to acquire enough omega-3 fatty acids from a plant-based diet (something we challenge that idea in our Omega-3 article). Others perhaps believe that bi-valves and the like are simply not as worthy of protection as cute little lambs or even a not-so-cute monkfish chicken.

This is the category that most people would understand by the term “vegetarian”. The lacto relates to milk, with ovo deriving from the Latin for egg. This is someone who doesn’t eat meat but who will still consume dairy products, eggs, honey and so-on. Some vegetarians will exclude foods that contain gelatine and other ingredients than have come directly from animals.

Lacto-vegetarians are vegetarians who consume dairy products but not eggs.

Ovo-vegetarians are, you guessed it, vegetarians who consume eggs but not dairy products.

A dietary vegan is someone who does not eat or drink any animal products (meat, fish, dairy products, eggs, honey and so on) or any foods that have been derived from animals. However, their veganism is confined to their diet, so they may still use products that have come from animals, such as leather, wool, beeswax candles and so on, in other areas of their lives.

Similar to dietary veganism in excluding all animal products from the diet, raw veganism also excludes all processed foods and indeed any that have been altered from their natural state or cooked at high temperatures. This clearly doesn’t leave all that much from which to get all the necessary nutrients, specifically vitamin B12.

As well as not eating/drinking animal products, ethical vegans also seek to exclude all animals products from their wider lives. This includes clothing, cosmetics and other products, and they would also seek to exclude products that have been tested on animals or which have somehow exploited animals during their production. Essentially this is just a vegan, or a “full vegan”.

A fruitarian is someone who is certainly pushing the extreme end of veganism. They will generally only consume items that fall naturally from a plant or that has been harvested without causing any harm to a plant.

This choice of diet leaves a severely limited range of food options and attempting to live off just fruit, nuts and seeds garnered in this way is likely to have fairly serious health implications for most people.

A joke term coined by an episode of The Simpsons, a Level 5 vegan is someone who doesn’t eat anything that casts a shadow. Good luck with that!

Note that none of these categories is set in stone and people might well drift between various diets/lifestyles. Just like with veganism, many people are vegetarian for ethical reasons, while others will cite health reasons or even environmental concerns for their dietary choices. But whichever one (or more) of those motivations exist, it does beg the question: should vegetarians edge a little further along the spectrum and go vegan? 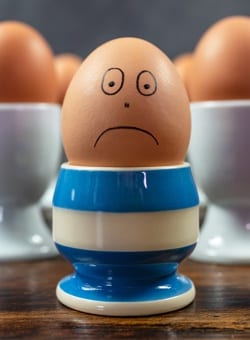 We are not here to preach or to tell people what they should or shouldn’t do with their lives (too much!). We are here to bring you reliable information about veganism that can allow you to make the choices about your life as you see fit.

But – and you might have guessed that “but” was coming – if someone is already a vegetarian they have essentially taken their head out of the sand and recognised at least some of the benefits of not eating meat, or indeed the harm eating meat can do (to the planet, a person’s health and the animals themselves). As such it might not be such a stretch of logic to suggest that if vegetarians were furnished with further information about, for instance, the rather disturbing intricacies of the dairy industry, they might edge towards veganism.

Ultimately, of course, this has to be a journey undertaken by each individual and it would be potentially counterproductive for us to attempt to force feed anyone the virtues of veganism (in the style of a foie gras goose farmer).

But if you are a vegetarian who is considering going vegan, take a look around our site and see if there are things that could be of interest. Whether you want to examine the health reasons to go vegan, you want to understand how to get all your essential nutrients on a vegan diet or you simply want a simple five step guide to going vegan, we’ve got it covered.