Did you know there is a vegan flag? It has its own website and Facebook group, is free to use and there is even a vegan coat of arms! We’ve got all the info you could ever want on the International Vegan Flag (to use its full name) so read on!

Gad Hakimi is the man behind the Vegan Flag and the Israeli vegan activist brought together a group of fellow activists and graphic designers to create something that could be used as a figurehead for the growing vegan movement.

VeganFlag.org argued that, “Every important movement in history has a powerful and memorable flag!” and so Hakimi and his friends decided that veganism was long overdue a flag of its own. They were partly inspired by the LGBTQ+ community’s rainbow flag and the way it has helped spread visibility and acceptance. They set out to create a flag that could unite different types of vegans and animal rights organisations.

After lots of debate, discussion and collaboration the International Vegan Flag was born on the 9th June, 2017. The flag’s creators have made it an open resource and encourage people to use it, share it and distribute it with abandon in order to spread the message of human-animal equality and veganism.

What Does the Vegan Flag Symbolise? 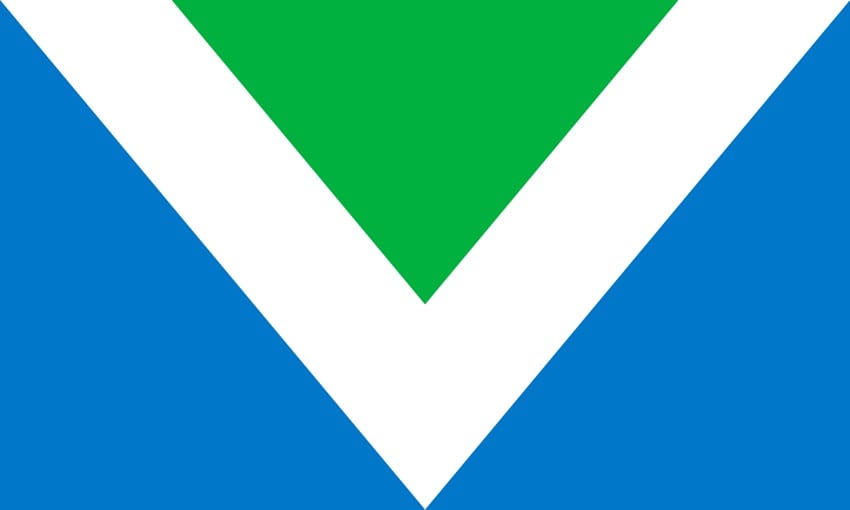 The flag is intended to show that animals and humans are equal and worthy of equal respect and also to help bring together the many pro-animal groups that exist, as well as the millions of vegans from all over the world.

The flag uses three striking colours to represent its message:

The letter “V” is prominent in the flag but this white “V” is also an (inverted) pyramid. The pyramid is “intended to symbolize the ability to do the impossible”. We think the flag is a brilliant piece of design. Not only is it striking, it is both visually simple and memorable and yet still conveys complex messages in a clear and unpretentious way.

The Vegan Coat of Arms

The people behind the flag have also created a brilliant coat of arms. It includes the flag itself and a simple yet powerful message alongside three animals.

Have Courage – Be Kind – Go Vegan

The first two are surely sentiments everyone in the world should agree on and unite behind. And, veganism is growing at a fabulous speed and so clearly there are lots and lots of people willing to embrace the third idea too.

As well as the flag and the coat of arms, the people behind the vegan Flag have also created some excellent branded graphics showing powerful statements. They include one from US abolitionist, Wendell Phillips, a free-thinker of the 19th century who was courageous enough to be kind and said that “Revolutions Never Go Backward”. They also have some pro-vegan messages of their own, such as “Yes, Ve-Gan”, riffing on Barack Obama’s famous “Yes, we can” speech.

As said, the Vegan Flag is free to use and share and there are loads of free downloads available at the site. However, if you want to create your own version of the flag or use its colours, here’s what you need to know:

So, go forth, multiply and share your knowledge of new(ish!) International Vegan Flag with all your friends, fellow vegans and anyone who’ll listen! Or at least have a look!