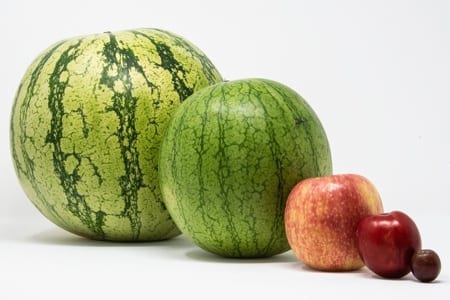 At Vegan Friendly we’re very much of the opinion that, as the motivational aphorism goes, you don’t have to be great to start, but you have to start to be great. If someone wants to try to go vegan one day a week, that’s great. Let’s focus on the good such a move achieves, rather than the other six days of the week.

Animal-derived products can sneak into things in the strangest ways, as we detail in our weird animal products in food article; restaurants or friends might not have the same ideas about veganism as you do, or your willpower and determination might not always be at its best.

Fretting about whether a processed food you bought has used sugar that has been processed with bone char or that you borrowed a post-it note that might have been made with non-vegan glue is quite probably counterproductive. The time spent worrying about such matters could be better spent campaigning on vegan issues, learning more about veganism or just generally going about your life as best you can. Even just moving to a vegan diet will save hundreds of animals from suffering and have a positive environmental impact, so don’t sweat the small stuff.

We don’t demand vegan perfectionism of ourselves or others because, frankly, such a thing is impossible in the modern world. Or is it? What about Level 5 vegans? Have you heard about the Level 5 guru who runs a carrot sanctuary in the Himalayan foothills? Or the Bolivian monk who rescued a field of potatoes from captivity? We’ll answer that for you: you haven’t because we just made them up.

In the real world, there is no such thing as a Level 5 vegan. Sorry to break it to you if you’ve got your Level 4 badge framed on the wall. Even sorrier to break it to you, there are no levels at all and, sadly, for those into their scutelliphily (fact of the day: that’s badge or patch collecting!), no badges either.

The phrase “Level 5 vegan” originates in the brilliant and darkly comic minds of the writers of The Simpsons. You can see the relevant clip from the 2000 episode, Lisa the Tree Hugger:

As you can see, technically, though fictitiously, a “Level 5 vegan” doesn’t eat anything that casts a shadow. Which is kind of hard. We suppose you could eat in the dark but even if your lentil curry doesn’t cast a shadow at midnight, it still casts a shadow when the sun comes up.

The concept of “Level 5 veganism” is by and large used in a gently mocking way for someone who refuses to let their vegan guard drop in even the smallest possible way. If we ignore the rather impossible restriction of eating anything that casts a shadow, someone attempting a more realistic version of Level 5 veganism would still quite probably not live too long.

All the usual vegan restrictions would apply, of course, but as a bare minimum someone trying to achieve Level 5 perfection would also need to:

Quite simply, that just isn’t possible and nor is it desirable. When looking at the issue of medicine and veganism we have discussed that we would always advise following medical advice, despite the fact that at the present time all legally available pharmaceuticals in the UK have to have been tested on animals at some stage.

Whilst the best thing for the environment and non-human animals would technically be human extinction, this is not something anyone is seriously advocating. But, perhaps a Level 5 vegan would. A Level 4 vegan, however, would probably feel (if they existed!) that humans have the same rights to existence as other animals. As we have stated elsewhere on the site, a dead vegan is no good to anybody. In contrast, one that has survived by eating shadow-casting vegetables and taking life-saving medicines is able to campaign on vegan and animal rights issues and spread the green gospel.

The Law of Diminishing Returns

The law of diminishing returns is essentially an economic theory that broadly states that as things expand beyond a certain point, they become less efficient.

One classic example is a farmer with a small field. There will be a number of workers that can deliver the maximum yield from that land. Beyond that, adding more workers becomes inefficient and, whilst the overall, output might increase, the output per worker decreases. In short, you get less bang for your buck.

How It Relates to Veganism

What the dickens has this got to do with the price of fruit, I hear you cry? Well, the law of diminishing returns applies to veganism in general and has particular relevance to those adhering to the strictest forms of the philosophy. As with someone looking to lose weight, where the biggest gains (losses being gains!) occur at the start of the diet, so it is with veganism. Losing the first few pounds is far easier than the last few. Likewise, the biggest impact an omnivore can probably have is simply to become a vegetarian.

The impact that would have on animal suffering, cruelty and slaughter is bigger than anything else a person could do. Whilst some vegans may be disparaging of vegetarians and rightly point out the terrible harm caused by the dairy industry, the fact is that not eating meat will do more good than any other lifestyle choice a non-vegan can make.

After that, removing all dairy products and eggs would have a considerable impact but at this stage the law of diminishing returns very much comes into play. Removing animal products, such as wool, leather and silk from your wardrobe will help but the impact on animal suffering is far less, in part, because these items last for a long time.

When you look to take your veganism beyond that level, you really begin to find that the time spent researching the issues you face and sourcing viable alternatives outweighs the benefits these actions reap. Rather than stressing about whether or not your employer uses vegan electricity or trying to find a shop that stocks chia seeds grown veganically, you might achieve more simply by preparing an amazing vegan meal for your friends and showing them that great food doesn’t have mean the death of animals.

The Humane Slaughter Association – now there’s a contradiction in terms – estimate that more than 1bn animals are killed in the UK each year in order to feed humans. That casts a shadow far longer than a non-vegan post-it note, so whilst Level 5 veganism is a phrase to use in jest, the reality is that all vegans are doing a great job.