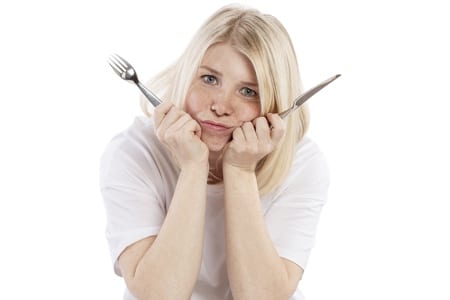 Everyone’s path to veganism is different and in this context we will reverse the typical aphorism and say that it isn’t the journey that matters but the destination. Whether you have been a vegan all your life because you love animals or have just stopped eating meat for health reasons, ultimately the benefit to the world and the many and varied creatures who live upon it is the same.

Many vegans never enjoyed meat and certainly never miss it but if you were once a true carnivore who loved the taste and texture of meat, or you are simply vegan-curious but have concerns about giving up meat, withdrawal symptoms may be something you have wondered about.

Let’s be clear from the start though, no matter how much meat you used to eat (or currently eat), giving it up is not going to be like a gritty scene from the Irvine Welsh film, Trainspotting. Meat isn’t like cigarettes or alcohol, and certainly not at all like heroin in terms of the difficulty people face giving it up and the issues people might face.

There has been some serious, mainstream research into the possibility of meat addiction but in truth people can become addicted to just about anything. In the book, Breaking the Food Seduction, Dr. Neal Barnard argues that it takes three weeks to stop craving foods like meat or cheese. 21 days has been viewed as the length of time needed to make, or break, habits for a long time, since Psycho-Cybernetics was published in 1960 in fact.

This book by Maxwell Maltz claimed that people needed at least this period of time to adjust to various changes in life. Since then, 21 days has been a magic number and the myth has grown that suddenly everything changes after three weeks. However, this ignores the fact that Maltz said people need at least three weeks and also that there are many variables that affect the issue.

The key point we’re trying to make though is simple: if you stop eating meat, your life will go on. You won’t need to board yourself up in a room with a bucket for the toilet and cold mushroom soup for sustenance. Giving up meat is a relatively pain-free process; as, in fact, is going vegan in general. 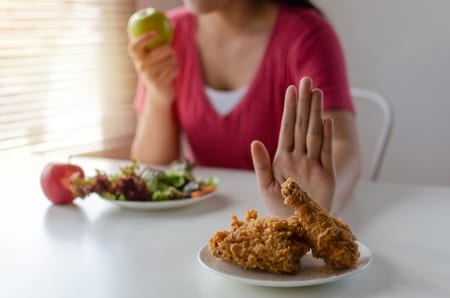 Quitting pork chops is definitely easier than knocking heroin or crystal meth on the head. But is meat withdrawal real and, if so, what symptoms might a would-be vegan experience? Before we look at that, let us reiterate yet again that a moderately well-planned vegan diet can be very healthy and can meet all your nutritional needs.

You can get all the protein you need from vegan sources, as well as other nutrients such as iron. Indeed, there are a great many health benefits to being vegan, so certainly in the long term you don’t have anything to fear.

But what about the short term, be it 21 days, a couple of months or even just a few days? Well, the short answer is that some people will experience some relatively minor side effects from cutting meat and other animal products out of their diet. It is unlikely these will ever be particularly severe and a lot will depend on the individual in question.

Someone moving from a diet that included meat at virtually every meal was probably consuming very high levels of certain nutrients and much lower levels of others. Depending on how they make the change to veganism they might then find that the balance of their nutritional intake is very different.

The body is an incredible thing and highly flexible but it sometimes takes time to adapt. As it becomes accustomed to your new diet things will usually get back to normal but there may be a period of time where certain symptoms trouble you, especially if you are not expecting them.

However, the two things we have discussed cannot really be described as meat withdrawal. Assuming your new vegan diet is well planned and meets your nutritional needs (see our article on vegan vitamins and supplements if you are unsure) you are unlikely to notice much difference.

It isn’t something specific to meat per se that is likely to lead to issues, more the lack of a particular nutrient that had previously been obtained through eating meat and hasn’t been replaced. That might be zinc, iron, protein or, depending on your diet, any one of a number of vitamins or minerals. That isn’t meat withdrawal though and nor is it an issue with veganism, it is simply a poorly planned diet.

Equally your body becoming accustomed to a new diet and adapting to having to metabolise different foods is not meat withdrawal. It could, in fact, be the new foods that you are eating, rather than the old ones that you are not, that is having the most impact.

There are lots of spurious and pseudo-scientific blog posts that claim meat withdrawal is very much real. There are also slightly different posts that rely on anecdotal evidence, relaying what happened to the author when they “quit” meat.

Neither of these types of sources are proof of anything much and whilst they may be well-intentioned and genuine, especially the latter (we have doubts about the former), they certainly don’t offer any real evidence of genuine meat withdrawal.

There is some dispute over exactly what the term “withdrawal” even means. Many argue that discontinuation syndrome, as it is sometimes called, can only occur when there is a physiological dependence or addiction. Meat does not generate this and so consequently stopping consuming it cannot create withdrawal symptoms.

We may be getting into a semantic debate now but, once again, the key point to make is that if you do stop eating meat nothing terrible will happen. Assuming your new vegan diet is well balanced and meets your key nutritional needs, you won’t have anything to worry about. The likely worst case scenario is that you may have some slight side effects for a short period of time and if you want to call this “meat withdrawal” then so be it.

Possible Side Effects of Switching to a Vegan Diet

Be it meat withdrawal or your body and digestive system just taking time to catch up with your ethically brilliant decision to become vegan, you may experience some side effects from switching to a meat-free diet. “Side effects” is probably too strong a term but there are certain things that you may experience.

Whilst there is no scientific research that shows these are caused by no longer consuming meat, they have been reported often enough to be accepted anecdotally. Once again, this will vary depending on the individual and what changes they have made to their diet and lifestyle. Many people will ditch meat and notice no difference at all. Or, more likely, they will experience only positive things, such as more energy.

However, if you have switched from an omnivorous diet to either a meat-free one or an entirely plant-based one, don’t be surprised if you experience some of the following.

Something Stirring Down Below

If you have switched to a vegan diet and you’re doing it properly there is a fair chance you are eating more fibre than you did before. Beans, pulses, legumes and wholegrains are great vegan ways to get protein and a range of micronutrients, and they are also very high in fibre.

There is a wealth of scientific data to support the idea that fibre is very good for our health and longevity. However, a sudden increase can have some unwanted effects, including increased gas, stomach cramps, bloating, more regular bowel movements and, perhaps counterintuitively, even constipation.

Once your body gets used to its new fuel, however, these should all settle down. In fact, they should all be better than they were previously (prior to you becoming vegan). With increased fibre consumption and cutting out meat you are certainly likely to find things improve in the toilet department and if constipation was an issue in the past you may well feel see a major (positive) difference.

Linked to the above but slightly different, you may also suffer from stomach pain for an alternative reason. The microbiome of the gut, essentially the trillions of bacteria, viruses, protozoa and fungi that live inside us, is an area of increasing scientific interest.

Scientists studying in this field believe that the health of the bacteria in our gut may have a huge impact on our physical and mental wellbeing. There is a whole lot still to learn about this but one thing that is known is that a big change in diet will have a significant impact on the bacteria in our digestive systems.

When you cut out meat (and other animal foods) and increase your intake of plants you are almost certain to see a wider range of positive bacteria thrive. We have already touched on this but it may take time for your body to adapt to these changes and, though they will be beneficial in the medium and long term, in the short term, you may experience some discomfort.

As said, it is strongly believed that there is a link between our microbiota and our mental health and so the changes mentioned above could also possibly lead to mood swings and other mental changes in some people. If you were previously a meat-lover you are also likely to find the switch challenging from a willpower point of view and this is another factor that could also cause you to experience some fluctuating emotions.

New habits are easy enough to form though and you’ll soon find it easy to give animal-based foods the swerve. Being a bit tetchy is common when trying to “give up” anything but your mood, and the gut flora that might be impacting it, will soon settle.

As with just about everything we have discussed in this post, much depends on your diet before and your diet after. However, given that we know protein plays a key part in satiety, if you switch from a diet that contained a lot of high-protein items, such as meat, and you don’t replace that protein, you may find you are hungrier than normal.

Moreover, if your vegan repertoire is limited, you may find that you aren’t enjoying your new diet as much. If you aren’t enjoying it you might not eat as much and will also be more tempted to snack on familiar foods, such as crisps or sweets, in between meals.

As we have said so many times on this site, there really are loads of great vegan protein sources, so getting enough protein for both good health and to keep you feeling full should be easy enough. In addition, so much vegan food is delicious, so if yours isn’t, check out our recipes or the many great vegan cookbooks available because you’re missing out on a world of tantalisingly good cuisine. A well planned vegan diet should keep you full as well, if not even better, than one that includes animal products.

Meat Withdrawals Nothing to Fear

In conclusion, we have to say that “meat withdrawal”, in any true sense of the word “withdrawal”, frankly does not exist. Any major life change may well have some impact on how you feel – physically and psychologically – in the short term, but most people will quickly adapt and being meat-free and vegan will rapidly become your new normal.

Equally, a bad diet, that is one that doesn’t deliver the nutrients your body needs, is obviously going to have some consequences. This doesn’t mean you are having withdrawal symptoms from meat or that you need to take special precautions, you simply need to eat a varied diet and replace nutrients you were previously getting from animal flesh (and eggs and dairy) with plant-based sources.