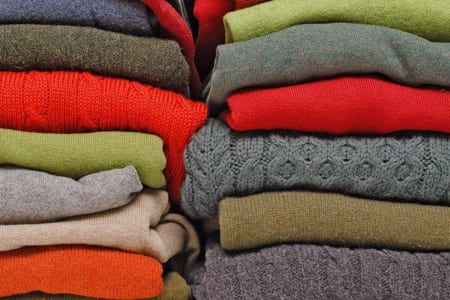 There are lots of ways to stay warm during the winter months, but pulling on a big woolly jumper or cardigan sits snuggly at the top of many people’s lists. But for those following a vegan lifestyle, wool is certainly something to be avoided. It might pass under the radar for some, but – as we will explain – there is little doubt that wool is not vegan friendly.

Many foods and products we feature in the Is It Vegan? area of our site are very obviously not vegan friendly, such as milk. Others – such as honey or palm oil introduce elements of ambiguity or subjectivity to proceedings. When it comes to answering the question of whether or not wool is vegan, however, there is no such ambiguity. 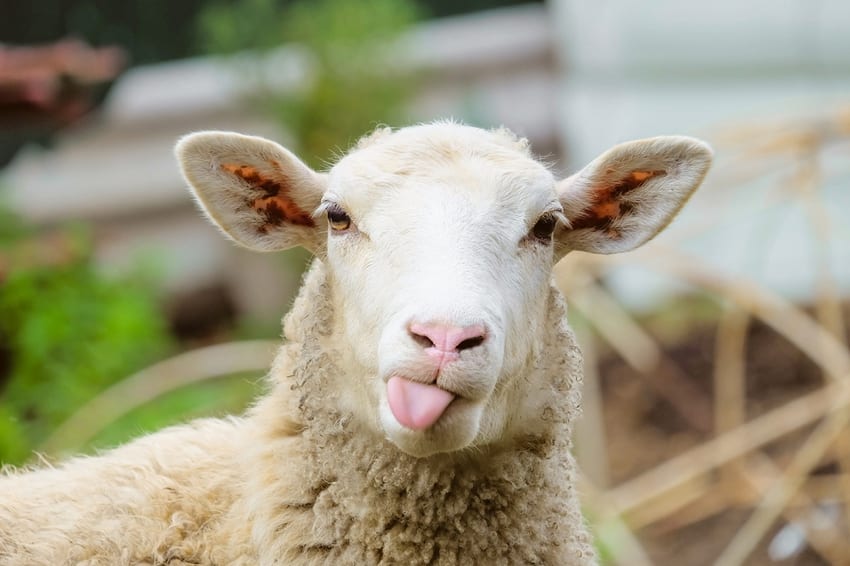 On a basic level, wool is simply a fibre used to make textiles that has been obtained from the fleece, hide or fur from various animals, including sheep (the primary source of wool), goats (for example, for cashmere and mohair), alpacas, lamas, camels, rabbits (for example, angora wool), muskoxen and bison. The fibres are crimped and elastic, possessing insulating properties and the ability to be wound or bound into yarn.

Why Is Wool Not Vegan-Friendly?

As stated in the widely accepted definition of veganism, veganism is:

A philosophy and way of living which seeks to exclude – as far as is possible and practicable – all forms of exploitation of, and cruelty to, animals for food, clothing or any other purpose.

We will come onto the cruelty aspect of wool later, but there can be little argument against the fact that the production of wool certainly exploits animals for clothing. So, on that basis alone, wool – obtained from any animal – cannot be classified as vegan.

If you are satisfied that wool is not vegan, take a look at the table of the most popular vegan friendly wool alternatives below.

Is Wool Cruel to Animals?

For vegans, and many non-vegans for that matter, the concept of locking animals up in captivity for the majority of their lives before slaughtering them to provide food for humans has clear moral issues. But, when it comes to wool, many people are less inclined to label it cruel. After all, it is often the case that sheep are essentially left to roam free to graze in wide open spaces for much of the year, only brought in to give birth and for shearing. That’s certainly preferable to the lives of battery chickens!

Also, it is not as if shearing – the process of cutting off the animal’s fleece – is anywhere near as cruel as the fur industry, for instance, which obviously requires the animals in question to die. That doesn’t tell the whole story though.

Let’s take a look at the wool obtained from sheep, which accounts for the vast majority of woollen products in the UK. There are detailed guidelines published by the Department for Environment, Food and Rural Affairs department of the UK Government relating to caring for sheep. Some of this makes for fairly grim reading, however.

For instance, when giving recommendations about the castration of lambs. It states:

Castration is unlikely to be necessary where lambs will be finished and sent to slaughter before reaching sexual maturity.

Here are a few brief details about some of the other practices that are used – or have been used – to provide wool for humans.

Shearing is often a fast-paced activity and though shearers are supposed to be experienced and well-trained, this isn’t like going to the barbers and inevitably the animal being sheared can suffer cuts.

Because many breeds of sheep used by the wool industry have been bred so that their wool doesn’t stop growing, they must be sheared at least once a year so that their fleeces do not get too long or thick, which could cause overheating in the summer.

Tail docking is the intentional removal of part of the tail by cutting, searing or some other method. Wool industry representatives suggest that it is necessary to dock (shorten) the tails of sheep in order to prevent flies laying eggs in the faecal material that might otherwise build up on their tails.

The UK Welfare of Livestock Regulations (1987) states that sufficient tail must be retained to cover “the vulva in the case of female sheep and the anus in the case of male sheep.” There is a risk, if docking is not performed correctly, of rectal prolapse.

As mentioned above, castration involves the removal of a lamb or ram’s testicles, by constriction.

A practice whereby portions of flesh are removed from the body of the sheep, which is supposed to reduce the risk of “flystrike” – where fly lay eggs between the folds of a sheep’s skin. At the time of writing, mulesing is still widely practiced in Australia.

Tooth grinding or tooth clipping were practices carried out on some sheep in the past based on (apparently erroneous) suggestions that the practices could somehow improve production on the basis that it is harder for a sheep with long teeth to graze. The practices were identified as both cruel and essentially pointless. Tooth grinding in sheep is prohibited under UK law.

Another group of practices that sound more like torture treatments than farming techniques, and these too are banned under UK law (though the latter two may be performed by a veterinary surgeon).

Dehorning (the removal of horns) and disbudding (the destruction of horn buds, usually by cauterisation, before horns have grown) is undertaken by farmers in order to minimise the chances that sheep will injure one another. Under the Veterinary Surgeons Act (1966), only a veterinary surgeon may perform dehorning or disbudding on a sheep.

As stated by the Soil Association, “Many non-organic farmers also use organophosphorus dips to control sheep scab.” Organophosphates can be potent nerve agents and there have been numerous scientific studies linking their use to poor health in farmers and livestock.

Ear tattooing or tagging is often carried out to help farmers identify sheep in their flock. While this could often be described as a “short, sharp shock” there is no doubt that sheep being tattooed or tagged would feel at least some discomfort.

As you will have read, there are plenty of reasons that many vegans and non-vegans would deem the wool industry as cruel. Hence, as well as the very clear exploitation of animals for clothing as mentioned earlier, we feel that obtaining wool from animals also has elements of cruelty to it too, in almost all scenarios, that is. The one exception to the rule could be the case of so-called “dead wool”.

We have stated that wool obtained from any animal is not vegan friendly, but – for some people – there is one exception on ethical grounds: dead wool. Dead wool is that which has been taken from sheep (or other animals) that have died naturally or have been accidentally killed, as opposed to those which have been killed for the purpose of meat or for the wool itself. Dead wool should not be confused with “pulled wool”, which is taken from animals that have been slaughtered for meat or other products.

From an ethical standpoint, dead wool has not exploited the animal in question and so many vegans would be comfortable enough wearing garments produced from dead wool. Though it should be mentioned that such wool is generally of a low quality compared to other types of wool and indeed when compared to many of the vegan-friendly alternatives to wool that are available.

On top of that, practical considerations mean that the availability of dead wool is highly limited and certainly products made from it are not widely available. As such, while this might make an interesting ethical talking point (in much the same way as the question of whether or not roadkill meat is vegan), in practical terms, it rarely becomes a consideration for vegans looking to buy a jumper for the winter.