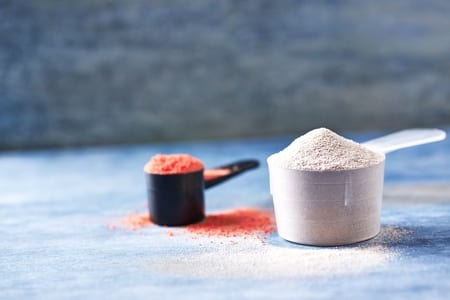 Creatine supports a wide range of functions but is perhaps best known for its role in improving physical performance and power.

It is a fairly common supplement taken by athletes and bodybuilders and here we take a closer look at what vegans need to know about it, including whether or not creatine is vegan.

Humans naturally make creatine in their liver and kidneys, with the body storing it in the muscles, blood, brain and other areas of the body. Of course such self-produced creatine is not something vegans need to worry about; but what about when it is taken as a supplement?

There are a whole host of supplements vegans might choose to take and in truth creatine is one of the more niche ones. Because the body can make it from glycine and arginine (two amino acids, with a third, methionine, needed to facilitate the process), it isn’t necessary to consume any creatine in the diet. Consequently, it is not something organisations, such as the NHS or the British Nutrition Foundationm consider in any great detail, nor is there a recommended daily intake level.

As alluded to, it is something that athletes, bodybuilders or weightlifters sometimes use to improve their performance. It has been proven to boost anaerobic power by up to 15% but also has other potential benefits, which we will look at more closely later in this article.

However, to cut to the chase, as is so often the case with items in our Is It Vegan? section, creatine is sometimes vegan. There is a little confusion around this, which is understandable for a number of reasons. Creatine was “discovered” in 1832 by the renowned French chemist, Michel Eugène Chevreul. He was a gerontological pioneer and himself lived to the age of 102, which is rather impressive for someone born in 1786.

He named the organic compound creatine from the Greek for meat, kreas, so it is easy to see why confusion might arise. Moreover, creatine is only really found in animal products (hence the name) and is most abundant in the muscle tissue (which is the bit typically eaten by non-vegans) of red meat, as well as pork and poultry, with smaller levels found in the offal of these foods. Fish, such as herring, tuna, salmon and cod, also contain significant creatine levels, whilst smaller amounts are found in shellfish, eggs and dairy milk.

However, whilst some creatine supplements may be non-vegan, most are in fact suitable for those following a plant-based diet. If they aren’t marked as appropriate for vegans, then look out for “synthetic creatine” on the label. This is usually an indication it has been made in the lab, rather than from animal products. Making it synthetically is typically cheaper and easier and so, in our experience, most creatine products are indeed fine for vegans to consume.

What is Synthetic Creatine Made From?

Such creatine is made from sarcosine, another amino acid that the body naturally produces when choline is converted into glycine. In combination with cyanamide (an organic compound that is a mixture of carbon, nitrogen and hydrogen that should definitely not be mistaken for cyanide!), it is heated along with catalysts in order to create crystals of creatine. Easy! If you’re a proficient chemist. And no animals need be harmed, which is great if you’re a vegan.

As with many nutrients (although it should be reiterated that creatine is not classed as an essential nutrient as the body can synthesise it), whether or not there is a need for vegans to either attempt to increase their intake of creatine or take supplements is uncertain.

It seems highly likely that vegans eating a reasonable diet will be able to produce sufficient creatine naturally. The body has a store of around 125g of creatine but around 2g per day is lost (in urine), being excreted as the waste product creatinine, a related compound. Thankfully, most healthy people can synthesise this amount of creatine each day and so no further dietary intake is required.

Indeed, it is thought that synthesis adapts in order to maintain healthy creatine levels, such that if you eat more in your diet, your body will create less. There is some research that indicates that vegans (and vegetarians given creatine is mostly found in meat) do have lower levels of creatine in their muscles but these are only small scale studies and there is no evidence that vegans suffer any health issues due to a lack of creatine. 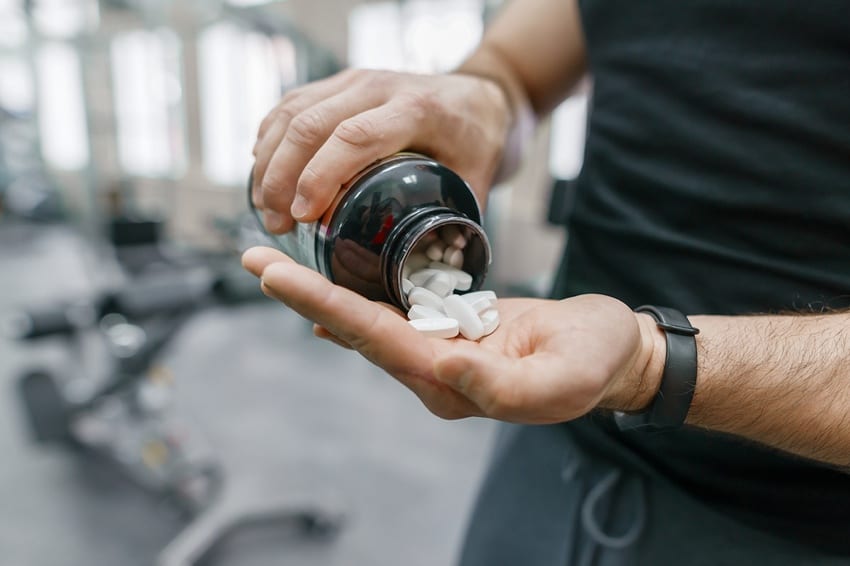 It is claimed that creatine first shot to prominence as a nutritional supplement following the 1992 Olympic Games. A Journal of Sports Science & Medicine published on the US National Library of Medicine, National Institutes of Health website states:

The source for this was an article entitled, “Creatine propels British athletes to Olympic gold medals: Is creatine the one true ergogenic aid?” and from the early 1990s onward there has been a marked increase in the use of creatine among athletes. As creatine naturally occurs in many foods and is created by the body its use is not banned by any major sporting agency. With professional athletes looking for any edge they can find, no matter how small, it is no surprise that creatine supplementation has taken off.

In many ways, the question here is not a vegan one though, it is one that power athletes, vegan or not, need to ask. We have established that creatine is not necessary for health but can it improve performance? Lots of sports people, from sprinters to bodybuilders and NFL stars to footballers, take creatine and it is also one of the most common supplements (behind protein) taken by those who lift weights recreationally or at an amateur level.

Few in these areas doubt the efficacy of creatine as an ergogenic aid, meaning that they believe it enhances athletic performance. So, many vegans are no doubt already using creatine and many will anecdotally claim (and believe) it has absolutely helped their performance. But, does it?

A 2017 meta-analysis called “International Society of Sports Nutrition position stand: safety and efficacy of creatine supplementation in exercise, sport, and medicine” looked at various studies and academic articles. It should be noted that this study was funded by the Council for Responsible Nutrition, a body that claims to be “the leading trade association for the dietary supplement and functional food industry”.

Their conclusion was that creatine was safe, offered a range of health benefits and that, “research has consistently shown (it) has ergogenic benefits”. The funding of the study is a little concerning, especially as other reports have been far less certain about the positive impact of creatine supplementation.

However, almost all research seems to indicate that creatine is safe and that at the very least, for certain sports and events it probably offers at least some benefits to some people. Because this is not specifically a vegan issue, it is somewhat beyond the scope of this article to look into whether creatine is worth taking or not so we would recommend further personal research if you are considering taking creatine, and perhaps consultation with a medical professional.

Is “Creatine” the Same as “Creatine-Monohydrate”? 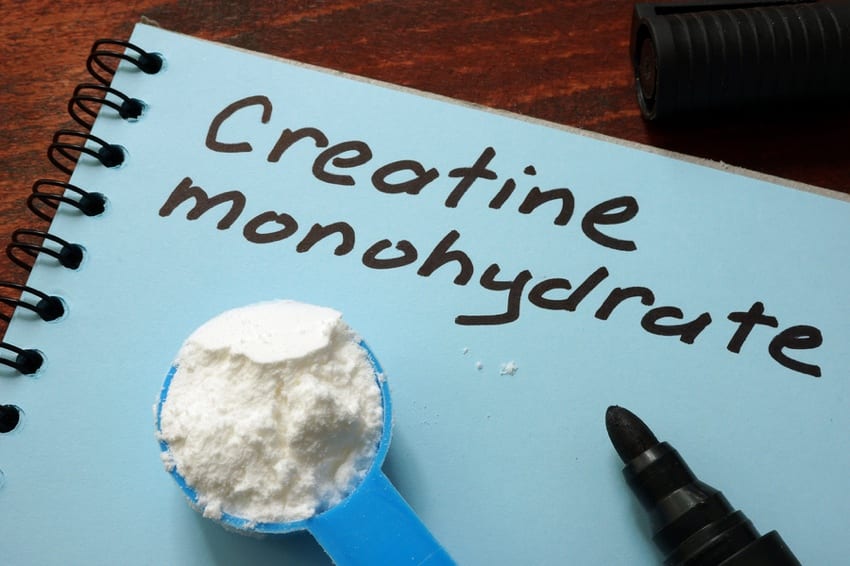 All types of creatine essentially do the same job, although manufacturers claim that some are better than others. There are some small differences between how they dissolve, how they are absorbed and some of the extra benefits they may confer but once again, such in-depth analysis is not really relevant to a discussion of creatine and veganism.

That said, here are the other major types of creatine you may encounter should you decide to take a supplement:

Main Points to Take Away About Creatine & Veganism

In conclusion, here are the main points to take away in relation to creatine and veganism: