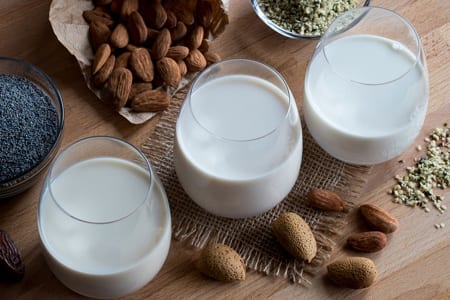 Those considering a switch to a vegan diet, or those who live with or look after vegans, often worry that by not eating meat, dairy and other animal products, the plant-based diet must in some way be nutritionally deficient. Often vague arguments are made citing oblique and imprecise references to evolution, with lines such as “humans are designed to eat meat” being trotted out.

Such beliefs are regularly based on a lack of knowledge and tend to disregard the many famous vegan sports stars who are able to perform at world class levels. If athletes, such as Serena Williams and David Haye, can get to the top of their sports on a vegan diet, logic would seem to suggest that the average person working in the accounts department might also be able to meet their body’s nutritional needs.

There are a whole range of macro- and micro-nutrients that concern vegans and would-be vegans, including protein and vitamin B12 but here we take a closer look at calcium. We will answer various questions: Which vegan foods are rich in calcium? Are vegans actually deficient anyway? And, why do we need calcium in our diets? Strap yourself in and prepare to learn far more than anyone really needs to know about vegan calcium!

All many people want to know is how they can smash their calcium target, keep their bones healthy and quickly silence any animal-eaters who try to tell them they can’t possibly be getting enough calcium on a vegan diet. Below is a table of some of the vegan foods that are highest in calcium, as well as others that are popular staples and also yield a worthwhile hit of the bone-strengthening good stuff!

Most values above are taken from Public Health England’s The Composition of Foods and/or the Food Standard Agency’s Manual of Nutrition.

Notes on Above Table:

As well as the specific foods listed above, there are some general guidelines you can think about when trying to find foods with a good amount of calcium. The following list contains a range of foods that offer calcium in significant quantities:

In a sense, the notion of this article presupposes that vegans are likely to be deficient in calcium, which is something reinforced by some peoples’ beliefs. Public Health England recommends that adults over the age of 18 need 700mg of calcium per day. Adolescents may need slightly more, up to 1000mg, with younger children needing less according to their age.

Looking at our table of calcium-rich foods, it is easy to see how a vegan eating a healthy, varied diet could easily reach the adult recommendation of 700mg of calcium. A breakfast of beans on toast (around 300mg) or perhaps a nut and seed rich muesli with almond or soy milk (350mg) would be a great start. Even without lunch, adding in a tofu-based evening meal with some greens and other veg (350mg at least) (and maybe a glass of wine!) would easily enable someone following a plant-based diet to consume sufficient quantities of calcium.

The average calcium intake of people in the UK is around 900mg, so in general, calcium is not something most people are short of and acute calcium deficiency is almost unheard of. This is partly down to the number of foodstuffs that are fortified with calcium.

The hugely exciting read, The Bread and Flour Regulations 1998, advise that milled flour has to be fortified with calcium carbonate, whilst calcium is also added to a range of non-dairy milks, fruit juices, cereals and other products.

The Royal Osteoporosis Society state that the latest studies show no significant difference between the bone density of vegetarians, vegans or meat-eaters. Moreover, there are no serious studies that show vegans to be lacking in calcium. Of course, some in individuals may be, especially those who eat a narrow diet or who are new to veganism.

Ultimately though, there is no reason at all for a vegan to have any issues about not consuming enough calcium. As with the issue of protein and other nutrients, the idea that a vegan diet is in some way lacking is simply wrong and it is not only possible but actually quite easy for a plant-based diet to include all the necessary macro- and micro-nutrients.

The way the body metabolises, absorbs and uses nutrients is incredibly complex and relatively poorly understood. All the things we consume interact in various ways, and, moreover, these interactions can vary from one person to the next. When it comes to calcium though, there are a few things that we definitely do know and these are well worth being aware of.

First of all, there is a link between vitamin D and calcium, with the former required for the body to absorb the latter. There are some vegan sources of vitamin D but the best way for most people to achieve the recommended daily intake is through a little exposure to the sun (which helpfully is also vegan!).

Only around 35% of the calcium we consume is taken in by the body with most flushed down the toilet in your faeces. Vitamin D is needed to absorb calcium from the intestine and may also help bones use the calcium more effectively. In short, being very mindful of your calcium intake without also ensuring a sufficient supply of vitamin D is essentially pointless.

It is not just vitamin D that we know is vital to the body’s utilisation of calcium though. In our table of calcium-dense vegan foods above, we show spinach coming in at an impressive 120mg per 80g (one of your five a day) serving. However, spinach is not recommended as a good source of calcium because of the poor bioavailability of the mineral.

Low bioavailability is the scientific way of saying that although spinach is packed with Popeye-bicep-sized spinach levels, the amount the body can use is limited. This is because spinach, like rhubarb (which also contains a reasonable level of calcium), contains high levels of oxalate. This binds with the calcium in such a way that the body cannot use much of it.

Last but not least, phytic acid, now considered to be an anti-nutrient, is present in a range of nuts, seeds and cereals. It binds to a range of minerals, including calcium (but also iron and zinc) and makes them hard for the body to absorb.

Phytic acid tends to be found in the hulls of seeds and nuts so can be avoided, whilst it is also broken down by cooking or pickling. In addition, we now know that the body can adapt to the presence of phytic acid, so it might not quite be the calcium-killer it was first thought to be.

What Does Calcium Do?

Calcium is the most plentiful mineral contained within the human body with almost all of it to be found in the bones and teeth. It should therefore come as no surprise that calcium is essential to the health, growth and development of both the bones and the teeth.

Smaller levels of calcium are essential for the heart, with this mineral vital for controlling muscle contractions, the heart being just about the most important muscle in the body. On top of that, calcium is required for the functioning of various enzymes and nerves and also to ensure blood clots correctly. It is also now thought that calcium can help reduce blood pressure and may also have a role in warding off cancer, though more study is needed in both of these areas. It is also vital to the metabolism of vitamin D.

Uncommon Issues Caused by a Lack of Calcium

As said, calcium deficiency is very uncommon in the UK and indeed most of the developed world. However, it is linked with a number of health issues. Rickets is largely a historical disease, although does still occur in the West. Whilst it is more commonly associated with a deficiency of vitamin D, it is the lack of calcium absorption that causes the stunted and deformed bones.

Osteoporosis is the other major issue that can be caused by calcium deficiency, with bones becoming too weak and brittle. Reduced bone density makes fractures common and again this is a disease linked with both vitamin D and calcium. 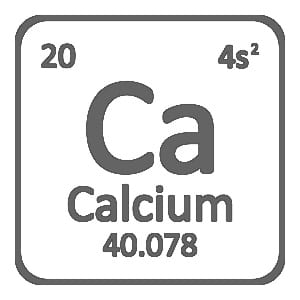 Still hungry for more calcium information? Okay, let’s look at what it actually is. Starting with a little science, calcium is a chemical element (atomic number 20 for those trying to memorise the periodic table) and is technically a metal. So, it isn’t just Jaws from James Bond with metal teeth!

It is an abundant mineral, making up around 3% of the Earth’s crust. It has a huge range of uses and is produced in great quantities by China, Russia and the USA. It is used in steelmaking, car batteries, in a range of foods and also in many medicines.

Calcium is often found as a compound, with calcium carbonate the most commonly occurring. It is present in limestone and takes its name from the Latin for lime, calx. It was first isolated, essentially “discovered”, in 1808, by the Cornish chemist, Humphry Davy, who named it.

Whilst not technically being invented until relatively recently, calcium compounds have been utilised by humans for almost 10,000 years. Lime was used as a building material and also to make statues and gypsum, another calcium compound, was used in the tomb of Tutankhamun.

In conclusion: calcium is great for our bones and vegans can easily get more than enough from soy, bread, nuts, seeds and greens.