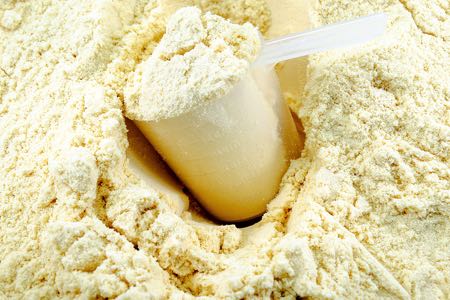 Soy protein powder – soy protein isolate, specifically – has long been recognised as a worthy competitor with whey protein and other animal-derived protein products. Often packing in 90% protein or more and offering all the essential amino acids in decent amounts, soy protein (or soya protein, if you prefer) is one of the most popular options for anyone seeking an effective vegan protein powder.

In this article, we’ll delve into what potential benefits soy protein powder offers, how it’s made and how it compares to whey from a nutritional standpoint. Note that soy can also be referred to as soya (as we discuss in our article on soy and soy milk). 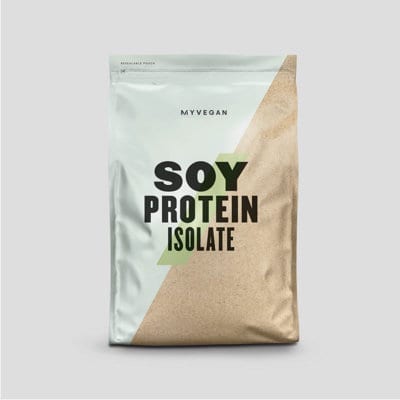 MyProtein's soy protein is a great option for packing in lots of protein in an economic way. Their 2.5kg bag offers up 27g of protein for less than 40p per serving.

Just don't ask us what the difference between Strawberry and Strawberry Cream is...

The humble soybean is in many ways a wonder food and certainly a great vegan source of protein. Here we run through the main benefits or potential benefits of soy in its protein powder form.

Being a vegan-focussed site, it would be remiss of us not to mention one of the biggest benefits of the lot: no animals were harmed, killed or exploited to make soy protein – assuming, that is, the soy used has come from sustainable sources and has not led to deforestation or habitat destruction.

Some would say that whey (from dairy milk) does not harm animals, but if you need any convincing on that front, check out our Is Milk Vegan? article (hint: it’s not!).

Like rice protein powder, soy protein powder is one of the few plant-based proteins to contain more than 4g of each of the three branched-chain amino acids (BCAAs) – isoleucine, leucine and valine – per 100g of powder.

The overall protein content of soy isolates gives a massive 90g or more of protein per 100g of powder, so for those seeking the maximum possible dose of proteins, this could be the option for you.

Though there are some concerns about the effects of growing soy in relation to rainforest destruction, it should be noted that the vast majority of the soy grown in those areas (Greenpeace estimate 90%) is used to produce animal feed.

One of the big plusses of soy protein compared to some other plant protein powders is that it is highly digestible, with soy protein isolate being somewhere between 93% and 97% digestible, which is slightly less than casein and whey, but still better than almost all plant-based proteins (pea protein is around the same).

Anyone with dairy or nut allergies will not be affected by soy protein powder. See below for soy allergies though.

As with most plant-based protein powder products, soy protein contains various nutrients that could be beneficial, including various B vitamins, vitamin K, iron, manganese, phosphorous and zinc. After processing into protein isolate, however, the quantities of these nutrients will be significantly reduced compared to the original soybeans from which the protein isolate is produced.

As such, those seeking a more nutrient-rich protein powder may opt for a concentrate rather than an isolate, be it soy, hemp protein or sunflower seed protein instead, though that would mean a proportionally reduced protein intake as a result.

One of the main drawbacks to soy protein is that some people are allergic to products made from soy. This is obviously a complication that is specific to people who might have an allergic reaction and, for most people, this is not an issue.

Though the flavour of soy protein is fairly neutral, some people appear not to particularly like it. If you like soy milk you will be fine though, especially if you use that to mix this powder to make your shake. And given that soy powder mixes well, if the flavour is off-putting to you, you can always add it to meals, whether soups, yoghurts, desserts or anything else that has anything other than a neutral flavour.

We’ve picked a popular soy protein isolate to compare against a well-known whey protein powder to give a brief snapshot of how it stacks up from a nutritional standpoint.

Similarly to other plant-based proteins, soy protein contains more fibre (though, admittedly not loads) than whey protein. It also contains less fat, especially saturated fat, and – as indicated by these examples – it contains more protein than many whey protein powder products out there. 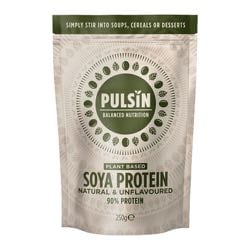 Most people who pay more than a passing interest to what they put in their supermarket trolley will tend to understand that the fewer E numbers, artificial flavourings, colourings and sweeteners there are in a product, the better. There are various research studies that suggest links between some food additives and all kinds of health concerns (especially in children). If you are concerned about additives with your soy protein powder, it makes sense to choose a product that is either 100% soy isolate or that only includes ingredients you can identify.

Most good quality protein powders, whether soy or anything else, contain few ingredients but it is worth watching out for when it says “flavourings” amongst the ingredients. Products don’t necessarily have to state exactly what flavourings are used in certain circumstances and though they will have to adhere to food safety standards, it’s always better to know exactly what you’re consuming so you can make an informed choice.

If this is the case with a protein product you are considering buying there are two options: 1. contact the manufacturer and ask them (they should be happy to tell you), or 2. choose a product that contains no flavouring and add your own. This could be anything from strawberries or other berries, spices (cinnamon and turmeric are good options) or whatever you like really.

In terms of the quality of the product you are purchasing, it certainly makes sense to choose a brand that has been around a while, has a good deal of information on their website about their products and who has a customer support department in case you have any questions about their formula or products in general. We will only feature high-quality protein powders and goods on this site from brands we trust and who adhere to all food safety standards.

What Is Soy Protein Powder? 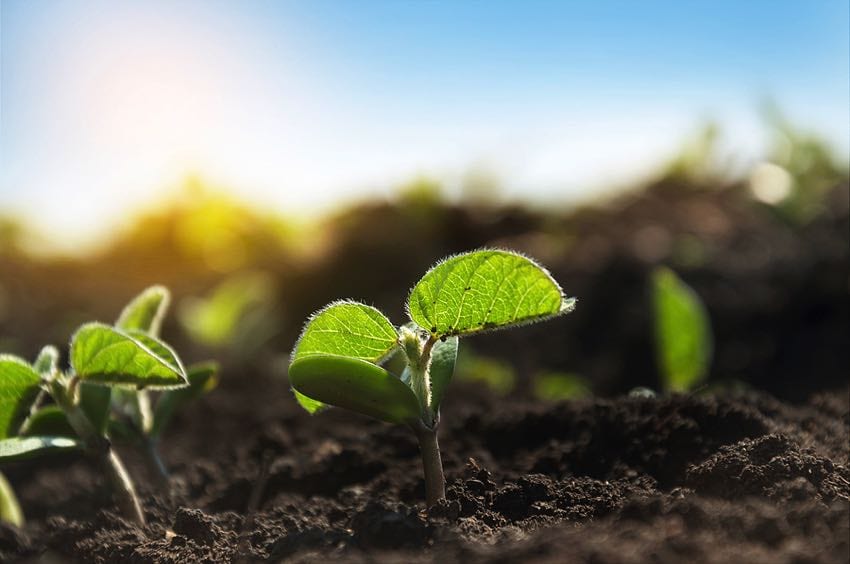 Soy protein powder is made from soybeans, the legume that has long been popular in many parts of East Asia and which has become a mainstay of the vegan diets of many people across the globe. Soybeans are also used to make tofu and various other products from vegan mince to vegan burgers, soy milk, yoghurt and cheese, and all manner of other things. This highly nutritious and versatile bean can also be pressed to produce a vegan-friendly cooking oil, whilst immature soybeans are eaten as edamame.

How Is Soy Protein Powder Made?

Once the soybeans have been defatted, they are processed to remove as much of the fats, carbohydrates and fibre as possible to maximise the protein content of the end product. Various techniques could be used with some kind of solvent often utilised to increase the solubility of the powder.

As with other protein isolates, the processing of soy protein isolate tends to use a wet fractionation process that can require significant amounts of water and then energy to dry out the processed substance into a powder. There are less processed soy protein products available, but these will often contain less protein per 100g (though they will tend to have more fibre, B vitamins and other nutrients).

Unlike some other plant protein powders, such as pea protein, soy protein powder tends to be sold as an isolate rather than a concentrate. Soy concentrates, which are higher in fibre and other nutrients than isolates, are used in a wide range of other products, such as meat alternatives, breakfast cereals and even beer.

Soy protein is one of the best plant based protein powders for those seeking an alternative to whey protein powder. Soy protein isolate can contain upwards of 90g of protein per 100g of powder and it includes all the essential amino acids to levels that mean it can be considered a complete protein. It is also one of the most digestible of the plant protein powders, especially when we are talking about isolates. This means the body can utilise a lot of the protein in soy and so this is a great choice for those looking to pack on the muscle.

Partly because soy protein powder tends to be more concentrated than many of the other plant protein options, it tends to contain lower quantities of fibre, vitamins and nutrients than things like pumpkin seed protein or hemp protein powder. But for those seeking a high-protein powder that mixes and digests well and doesn’t have an off-putting flavour, soy protein is hard to beat.