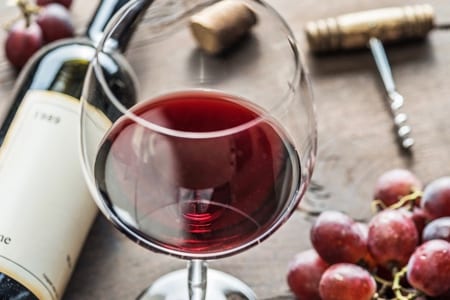 We quite like to start some of our Is It Vegan? pieces with a quote and here’s another about wine: “Wine is the most healthful and most hygienic of beverage.” Now, Louis Pasteur, he of pasteurisation fame (not to mention essentially discovering vaccinations and his many other scientific achievements) said that. And, who are we to argue with one of the greatest microbiologists of all time?

Well, to be precise (in a vague sort of way), we are VeganFriendly.org.uk and whilst it could really ruin our weekends to say that wine wasn’t healthy, whether it is hygienic or not may just depend on your commitment to a vegan way of life. If you consider the use in winemaking of dried fish innards, animal blood, bone marrow, gelatine or the shells of prawns and other crustaceans as hygienic and wholesome, then you can probably stop reading. If you what to know more about vegan wine and what might make wine not vegan, then read on.

What Are the Ingredients in Wine? 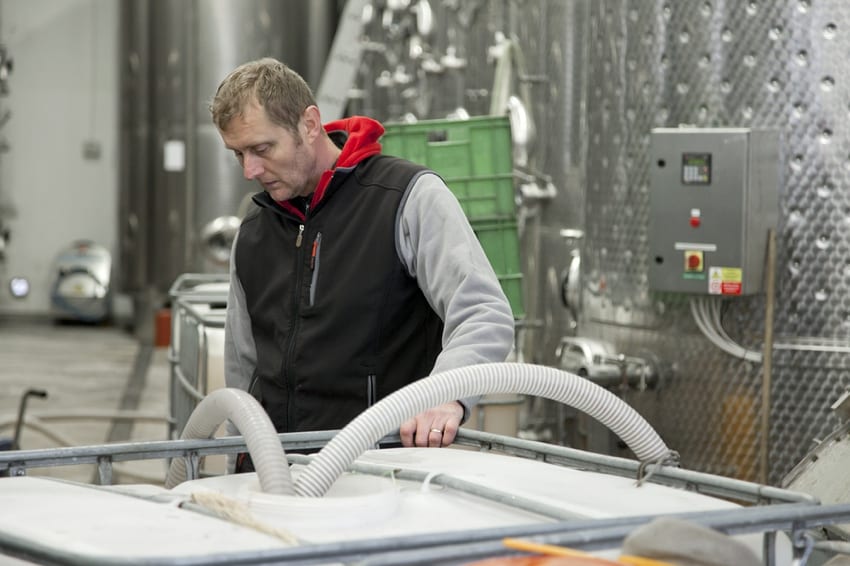 Wine can be made from a range of ingredients, with various fruits and some grains commonly used. However, when most people use the word “wine” they are referring to wine made from grapes. In some instances wine can be made solely from the juice of grapes, along with only the sugars in the fruit and the natural wild yeasts from the air and the harvesting and transport processes.

Grapes are clearly vegan, whilst yeast is also vegan, so most people would naturally assume that the resultant wines were also vegan friendly. We’ll return to why this might not be the case but let us also consider some other ingredients that may be added to wine and whether they too are vegan. The table below shows a range of things that are frequently and legally added to wine and whether or not they are vegan.

*Have a read of our Is Sugar Vegan? article for information about why some sugars cannot be classified as vegan friendly.

The list above is not exhaustive and different producers may use different additives for various reasons when producing wine. What you can see from the table above, however, is that all of the substances that might be added to your favourite tipple are both vegetarian and vegan friendly (unless the sugar added has been refined using bone char, that is!).

Why Some Wine Is Not Vegan

However, as we alluded to at the start of this feature, there are some items that come into contact with wine that vegans most definitely won’t find friendly or appealing. As with beer and cider, these substances are used during the filtration process, called fining.

Fining is a process used to remove a range of unwanted substances from wine. These can include yeast, haze-forming proteins and other impurities. With regards to wine (but not beer, cider and some other drinks), fining can also be used to soften the finished drink, making it a little more supple and less astringent. It can also help make a wine a little lighter in colour.

Wine has been around for more than 8,000 years and in that time a huge range of fining agents (the substances that are used to fine, or filter, the wine) have been used. Here are some of them:

Note that not all of these are in common usage today but all have, in relatively recent times, been used to filter wine. Today, many producers still use items 1-5 and the use of any of these fining agents in a wine renders the finished product non-vegan. Before we go on to look at vegan wine, you may well be wondering what some of the above finings are.

Most people are familiar with the origins of gelatine. Just in case you are not, it is essentially a product derived from animal collagen. It can be obtained from various animals but is usually from cows, pigs, chicken or fish and is often produced from the less desirable animal parts, such as the skin, hooves, bones or hide.

Second on our list is isinglass, which we look at in more detail in our article on beer. In short, it is the dried innards of fish. Like we said, you can read more in our beer feature if you still think that’s a tasty addition to a nice Bordeaux.

Casein is a protein found in milk but that can also be obtained from different substances and tends to be used to filter white wine and some sherries. When used to filter wine, it is usually derived from milk and given that milk is definitely not vegan, we’re happy to rule any wines filtered with casein as non-vegan. Casein point!

Lastly, assuming you don’t want to hear about blood and bones in your wine, is chitin. Chitin is essentially made from the shells of crustaceans, such as prawns. Its derivative, chitosan, is used slightly differently to other fining agents so may be used alongside them.

It is said to filter out iron and copper and can be used instead of sulphites to help wine keep longer, although it can also remove proteins that can make the wine hazy. Much as using prawn and crab shells in wine might sound like an ancient practice from bygone days, in actual fact, chitin use is relatively new and may be set to grow.

How Vegan Wine Is Made: Vegan Fining

Thankfully lots and lots of wines are vegan and unsurprisingly there are alternative ways in which wine can be fined and filtered. Three key vegan fining agents are bentonite, carbon and the very-easy-to-say-after-a-bottle, polyvinylpolypyrrolidone. Some people, either before or after a bottle of wine, call the latter PVPP, and that will be our approach from now on. Other possible finings for wine include one made from a potato-based protein, plant casein, gum arabic and also silica gel.

Each of the fining agents has different properties, whilst different wines require different finings for diverse reasons. Red wines are principally fined to remove tannins, whilst white wines are filtered to remove excess protein which could create a hazy wine.

Getting the right mix of properties from a vegan fining agent can be a challenge for a producer but it is far from impossible. Moreover, the need for fining can be removed or certainly reduced by better handling during fermentation, for example, by controlling the tannins; or during manufacture, storage and transportation, by controlling the temperature and thus avoiding haze.

It is also worth noting that we have tended to use the concepts of fining and filtering interchangeably. Neither has a strict legal definition and to go into the subtle differences in great detail we are moving towards quite a technical area of winemaking. When asking whether a wine is vegan or not, the distinction doesn’t really matter other than to note that fining is generally more of an area for concern.

Filtering can be done mechanically, using pads or other fine meshes, and also electronically, whilst fining tends to use an addition to the wine and a chemical process. That means that a wine stating it is unfined is more likely to be vegan than one saying it is unfiltered.

How to Find Vegan Friendly Wine 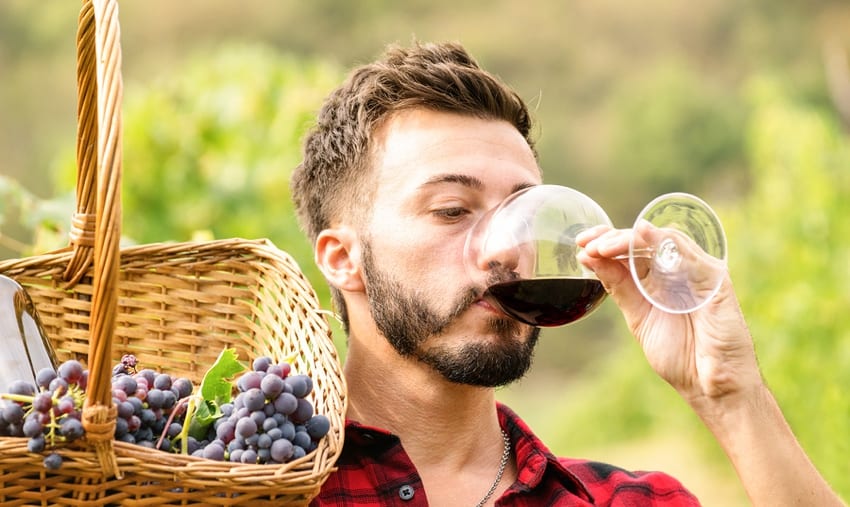 Sadly, as is all too often the case, knowing whether a wine is vegan or not isn’t as easy as it should be. To the best of our knowledge, you will never see a wine marked as non-vegan or even non-vegetarian. Similarly, you will never see the likes of isinglass or casein or albumin/egg white on the list of ingredients.

Thankfully, we live in a world that is slowly realising that vegans really do exist and, if nothing else, that the vegan dollar (well, pound!), is one worth chasing. That means that more and more producers are creating vegan wines and more and more shop, restaurant and bar staff are aware that some wine is vegan and some is not.

The simplest way to buy a vegan wine is to ask the bartender or to check the label. Whilst there remain many vegan-friendly wines that are not labelled as such, more and more are wearing their vegan credentials clearly and proudly. If in doubt, always check.

The issue of biodynamic wine is also complex because whilst many biodynamic vintners do make vegan wines, traditionally, the concept of biodynamics included the idea of using the full natural resources of a farm, including its animals.

Whilst no guarantee that a wine is vegan, if a label states that it is unfined, you could reasonably expect it to be so. That said, as we discuss below, in many countries there is no strict and clear definition of either process, so if an “unfined” bottle of wine is not expressly labelled as being vegan, we would advise you check with the manufacturer.