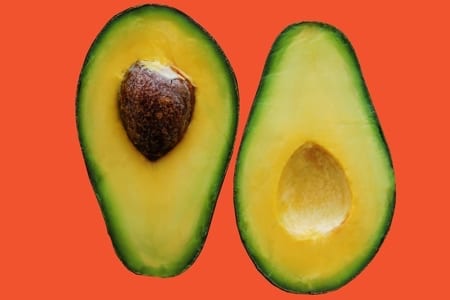 Avocados have long been a favoured foodstuff of vegans around the world. From hipster favourite, smashed avocado on toast, to homemade vegan-friendly guacamole, the humble avocado (or Persea Americana, if Latin is your bag) has long ranked as a vegan mainstay. But, and let’s whisper this, what if avocados are not actually vegan?

The doubt about the vegan credentials of the avocado lies not with the avocado itself, which most people with a rudimentary knowledge of flora will know is a plant, and hence fine for vegans to consume.

Instead, it is the fact that large-scale cultivation of avocados requires the use of commercially managed populations of bees. The reason is that avocados are not particularly adept at self-pollination compared to many fruit-bearing plants, and crops tend to be good only every other year.

There is also a relatively long period of time before an avocado tree begins to bear fruit. Add to that the inefficient and sometimes haphazard nature of pollination by insects, and the need for large numbers of bees to pollinate the flowers becomes apparent. 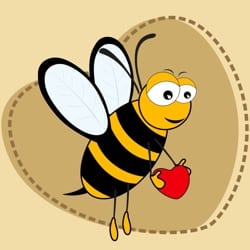 In places such as California and Mexico where the distances between farms can be vast, the practice of migratory beekeeping is utilised. This involves transporting bee hives (more accurately boxes) full of bees between farms on the back of trucks. The distances covered by these bee trucks can be vast and the welfare of the bees is not well documented, as far as we can tell.

Whilst a bee’s needs are more easily met than those of larger animals and mammals, of more concern would be what the keepers do with any honey that is produced as the removal of this is damaging for the bees.

Part of the debate about whether avocados (and a host of other crops) are vegan was fuelled by an episode of the BBC quiz show QI. During the show, aired in October 2018, host Sandi Toksvig asked, “Which of these can you eat if you are a strict vegan?” with images of avocado, almonds, kiwis, butternut squash and melon being shown.

Alan Davies answered, with some logic, “All of them”, before Sandi suggested that in fact none were vegan. She explained that, “It’s the same reason as honey” and that bees were used in an “unnatural way” during their cultivation. As you can see if you watch the clip from the show, Toksvig ends the skit by saying, “So bad news for millennials, I’m afraid: avocado toast is usually not vegan”.

The logic is sound on one level. All avocados are fine for vegetarians to consume as they obviously don’t contain anything derived from animals, but based on the same logic that makes honey non-vegan (as we discuss in our Is Honey Vegan? article), they appear not to be okay for vegans; at least those who are following veganism for ethical reasons.

There is no doubt that manipulating vast colonies of bees through the migratory beekeeping practices utilised in the cultivation of avocados would easily be classified as “exploitation” of said bees. And, as bees are animals (that is, they reside in the taxonomical kingdom Animalia, the same as all other animals, including humans), their exploitation directly contravenes the widely accepted definition of veganism espoused by the Vegan Society:

Veganism is a way of living which seeks to exclude, as far as is possible and practicable, all forms of exploitation of, and cruelty to, animals for food, clothing or any other purpose.

So, Should Vegans Say Goodbye to Smashed Avocado on Toast? 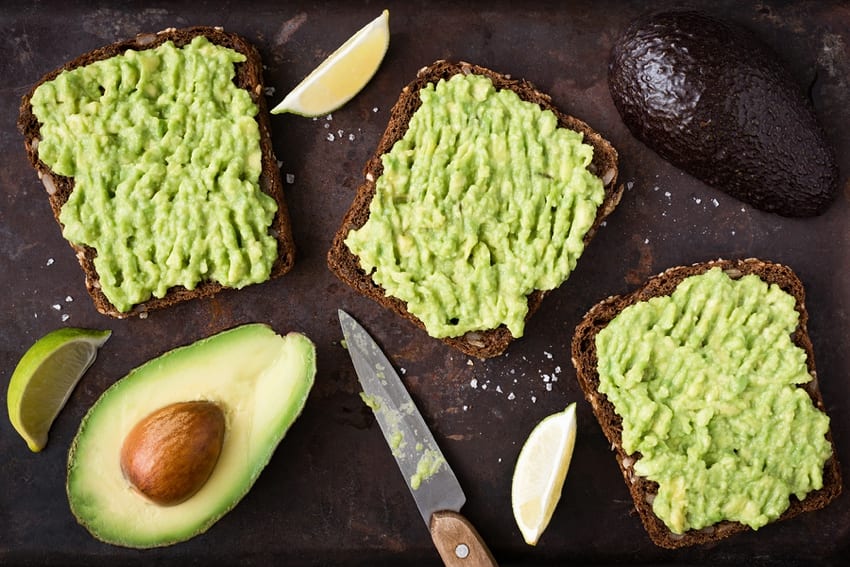 Unless you are able to source from specifically bee-friendly farms, or grow you own (and good luck cultivating avocados in Grimsby!), there is a strong possibility that at least some of the fruit and veg you buy on your weekly shop will have been grown thanks, in part, to the exploitation of bees.

Avoiding These Vegetable Staples is Not Practicable

This is as much a symptom of the shift towards intensive cultivation practices and the need to feed increasing numbers of people as anything else, plus the demand for year-round supply. Whether you choose to live with the current reality of the food industry or you feel it contravenes your vegan principles is up to you. But attempting to follow a plant-based diet without so many key fruit and vegetable staples could be deemed to not be practicable; and that’s the key point.

Vegans can only be vegans within the cultural and temporal existence in which they live. Clearly, it is necessary for vegans (and everyone else) to obtain all the essential nutrients from their food. If it is not in fact possible to obtain all the nutrients without occasionally purchasing plant-based foods that might have used kept bees in their cultivation, then it comes down to a choice between your health and the inconvenience (and, yes, possible ill-treatment) of bees.

Based on the definition of veganism, we think that eating avocados and other fruit and veg that might have been grown using bees does, for the time being at least, fall into the “as far as is possibly and practicable” section of the definition.

What We Can Do

Vegans could, and arguably should from an ethical standpoint, put some energy into trying to develop (or help fund development) of alternatives to migratory beekeeping in food cultivation. And, indeed there is a much wider picture about the intensification of farming practices. But attempting to avoid all fruit and veg whose farmers have exploited bees at some point would frankly, be a rather fruitless task.

Note that Sandi Toksvig referred to avocados not being okay for “strict” vegans, and there is effectively a spectrum of veganism upon which all vegans lie. Indeed vegans, being both thoughtful and fallible beings, no doubt shift one way or other along said spectrum based on the circumstances presented to them. So, the definition of a strict vegan might well be different for different people. Toksvig also said that avocado toast is not usually vegan. And, that correctly implies that it is possible to obtain avocados that are indeed fine for vegans of all levels of strictness.

Are Any Avocados Definitely Vegan?

In a word, yes. Avocados that are pollinated by wild populations of bees (and other insects) without the need for commercial beekeeping practices are perfectly vegan friendly. It could also be argued that farms that have hives put in place by farmers but in which bees are left to their own devices (i.e. their honey is not removed and they are not transported anywhere) could also produce vegan-friendly avocados.

The problem is that these will tend to come from much smaller farms than the usually massive ones that feed into the export markets. And, as avocados cannot be grown outdoors in the United Kingdom, it is a safe bet than any avocado fruit you encounter within these shores will have come from a large commercial farm that would probably have used migratory beekeeping practices.

Of course if you are visiting a country where avocados are widely grown, such as Mexico, Peru, Indonesia or California in the US, you might well happen across avocados that have come from smaller bee-friendly farms. But it’s a long way to travel for bowl of ethical guacamole!

Can You Grow Your Own Avocados in the UK

As with any fruit and veg, if you want to be 100% sure it is grown in a way that adheres to your ethical and health standards (for instance not using potentially dangerous chemicals or animal remains as fertilisers), you really have to grow it yourself. The same goes for ensuring that the avocados you consume have not exploited bees during their cultivation. Be warned, though, growing avocados requires patience and a fair bit of space.

As the avocado is a subtropical species that only thrives in a climate that is devoid of frost and encounters little in the way of wind, attempting to grow an avocado tree outdoors in the United Kingdom is destined to fail.

That’s not to say you can’t grow an avocado tree indoors in the UK. But note it will be a tree rather than a nice little houseplant, and they can grow up to around 20 metres tall, which is fine if you have a great hall a la Hampton Court, but perhaps not so if you have a standard semi in Basingstoke.

Careful and dedicated pruning will allow you to keep control of a pot-based avocado plant for a while (perhaps up to five years) but often housebound avocado plants will deteriorate after two or three years and show signs of leaf discolouration, fungal leaf spots and root rots (according to the Royal Horticultural Society).

As such, given the trees don’t tend to bear fruit for around 10 years, it is therefore unlikely you’ll be able to grow an avocado plant in your home for anything other than aesthetic purposes. If you did want to give it a blast, here’s what you would need to do:

Tips for Growing Your Own Avocados Indoors

If you are lucky, there is a chance that your young tree could bear some fruit after a few years, but in all likelihood, it will start to deteriorate before that. If nothing else though, you’ll have gained a free house plant for a while and had a bit of fun getting your hands dirty. 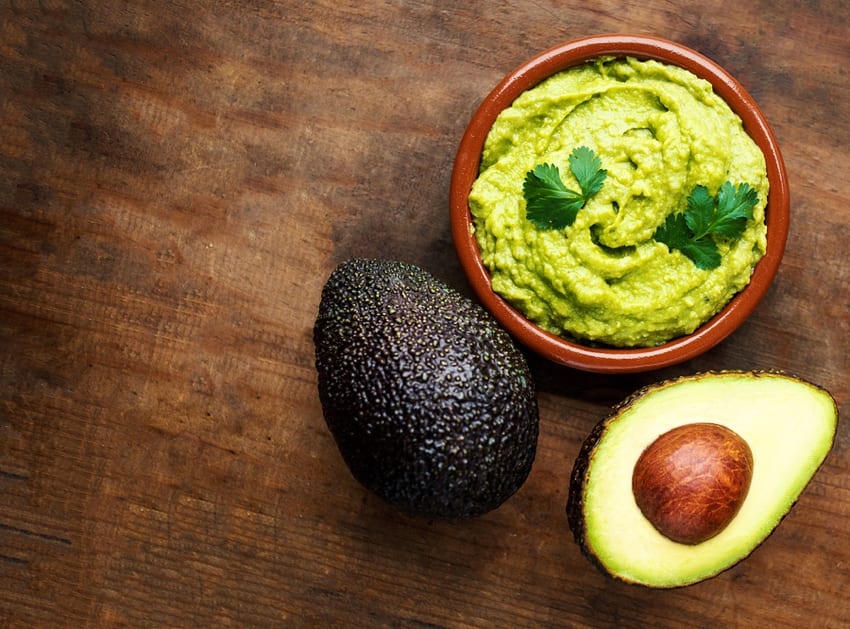 One of the main uses for avocados is as the main ingredient in that tasty Mexican dip, guacamole. Thought to have been first developed by the Aztecs many centuries ago in present-day Mexico, guacamole comes in a variety of recipes that utilise a range of ingredients. All of them contain avocados, mashed up with a pestle and mortar, with the addition of some combination of the following ingredients:

The good news for vegans is that, assuming that you accept avocados to be vegan or you source some that irrefutably are, all the ingredients mentioned above are fine for those following a plant-based diet.

Should you opt for convenience and buy a pre-made guacamole, be sure to check the labelling. Most will, of course, be vegan but it is possible that certain non-vegan additives, such as emulsifiers, stabilisers or preservatives, may have been used.