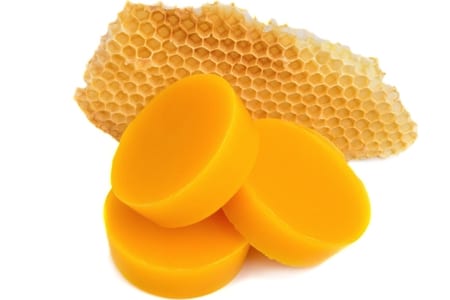 Beeswax is used in a vast range of products from candles to cosmetics, furniture and shoe polish to oil paints, as well as being used as a food additive and even as a covering for food in the form of beeswax wraps. Often touted as a natural and environmentally friendly alternative to chemicals or plastic, there is clearly a major issue for vegans in that beeswax is obtained from bees. Bees are animals that have necessarily been exploited for humans to obtain said wax. Hence, the answer to the question “is beeswax vegan?” is an unequivocal “no, beeswax is not vegan”.

We delve into the ethical and practical reasons why exploiting bees goes against vegan principles in our Is Honey Vegan? article. In essence, it goes against the widely accepted definition of veganism from The Vegan Society, which states that veganism is, “A philosophy and way of living which seeks to exclude—as far as is possible and practicable—all forms of exploitation of, and cruelty to, animals for food, clothing or any other purpose…”.

Beeswax is produced by worker bees of the genus Apis (honey bees) within a hive for use as a building material with which to construct honeycomb cells (in which the bees raise their young and store honey).

Clearly to obtain the wax, the honeycomb must be removed from the hive, along with the honey contained within, thus depriving the bees of their food source and storage space. For most vegans, this is an example of the exploitation of animals, and hence beeswax cannot be classified as vegan.

Not many things in life are completely black and white, and this is true of the arguments for beeswax not being vegan. There is a slight contradiction in deeming beeswax non-vegan while at the same time accepting avocados into the vegan diet; the problem is that avocados (and many other foodstuffs) are often pollinated with the use of vast colonies of bees that are kept in lorries and transported around the USA and Mexico (among other places).

Clearly this, too, is seen by many as an exploitative process in relation to the bees. And it is possible that – depending on the exact conditions in which the bees are kept – it could be deemed cruel too.

Some argue, including that model of wisdom and logic, Piers Morgan, that this is an example of double standards in relation to the treatment of bees. The strictest of vegans might indeed wish to avoid any fruit and vegetables they know have been grown with the aid of such industrial level migratory beekeeping practices. Others, however, point to the “as far as is possible and practicable” section of the definition of veganism as a way to justify eating avocados, cherries, almonds and other such foods.

However beeswax, like honey, is a product taken directly from bees that would otherwise be used by them, so it would undeniably be further along the exploitation spectrum in the eyes of most vegans. Hence we are sticking to our guns here and saying that beeswax is definitely not vegan (but that vegans ought to read up and make up their own minds about avocados and the like).

How Is Beeswax Made? 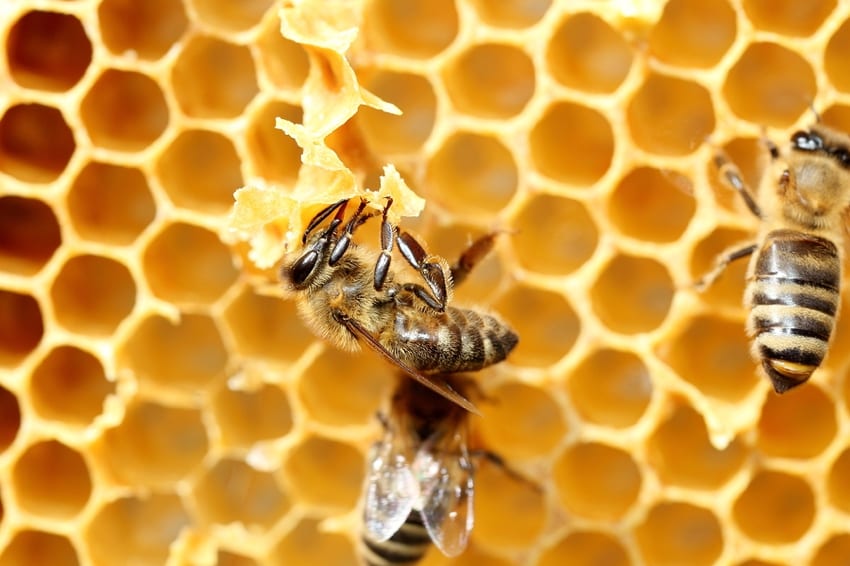 Going back to basics, beeswax is a secretion from the mirror glands on the underside of worker bees. After secreting the wax, which is initially translucent, the worker bees chew the substance and mix it with pollen and propolis (saliva-based bee glue), giving it opaqueness and a yellow-brown colour.

Beekeepers remove honeycombs (which are constructed mainly from beeswax) from hives to obtain the honey, and they cut off the wax caps from the honeycombs using either a special capping knife or a capping machine. Impurities in the wax can be removed through a process of clarification and it can be softened by mixing it with some kind of oil so it is easier to work with (depending on the intended use).

Why Honeycombs Are Hexagonal

If you ever wondered why bees produce hexagonal honeycombs, by the way, it is because the hexagon is simply the most efficient shape for the purpose of storing honey. If you don’t believe us, surely you’ll believe everyone’s favourite physicist, Professor Brian Cox!

How Bees Produce the Wax

And if you want a little more information about how bees produce the wax, who better than Sir David Attenborough to give you the facts?

What Is Beeswax Used For? 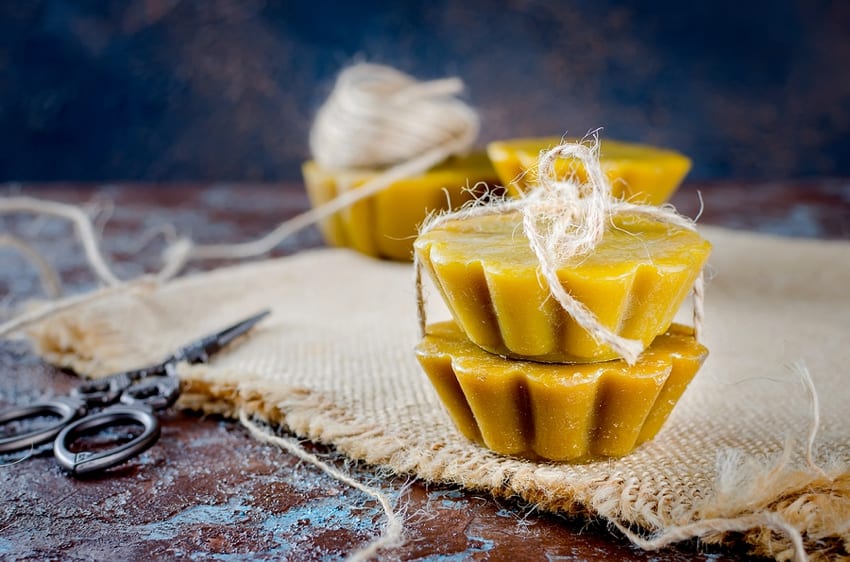 As mentioned in the introduction, there are loads of products made from beeswax or which utilise it as an ingredient. Here are the main products that contain beeswax to a greater or lesser extent.

There are lots of other current and historical uses of beeswax, but the above list gives a snapshot of how varied its applications are.

Here we will focus on food wraps and look at a couple of options available to those seeking wraps that are free from animal-derived ingredients.

As mentioned, wax food wraps are taking off in a big way because of their undoubted environmental benefits (as opposed to cling film especially). But beeswax is not the only wax that can be used to coat the material (usually cotton) that forms the wrap. Almost any (food-safe) wax can be used, which means there are plenty of vegan-friendly alternatives available.

For instance, the aptly named UK-based company Vegan Food Wraps produces a range of – you’ve guessed it! – vegan food wraps. They use a combination of jojoba oil, pine resin, sumac wax (obtained from the berries of the sumac plant), sunflower wax, rice bran wax and hydrogenated castor oil in the production of their wraps.

For environmental reasons, they do not use either palm oil or soya, which should make them even more appealing to vegans (and indeed non-vegans) with strong environmental ethics. Note that these don’t come cheap, however, with the Medium Kitchen Pack priced at £20 at the time of writing.

How to Make Your Own Vegan-Friendly Wax Wraps

Given that waxed food wraps are a little on the pricey side (at least for now), we thought it would be useful to explain how to make your own.

Once you have cut the cotton to the sizes you like, the process is fairly straightforward. It might take a few tries to get the wraps perfect, but in essence it is a case of using the iron to melt the wax onto the fabric so that it is absorbed into it.

The good thing about making your own wax wraps is that the only expense is the wax, which isn’t too pricey. You can use offcuts of any old cotton sheets or old clothes you have lying around the house, and if you use patterned material that you cut into uniform shapes, you could even give them to friends and family as thoughtful vegan-friendly gifts. Winning!