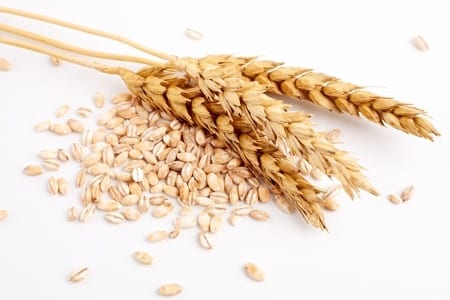 Wheat is a staple food that is widely consumed across the globe and evidence suggests humans have cultivated it for somewhere in the region of 12,000 years. Used in a wide range of products from bread to beer, and pizzas to pancakes, wheat is seen as an essential foodstuff for billions of people.

Though it might seem strange to some, many people ask the question: is wheat vegan? Unlike when assessing the vegan credentials of many foods, we do not need to add caveats or procrastinations to this one… quite simply: yes, wheat is vegan.

What Is Wheat & Why Is It Vegan?

The term wheat refers to a number of species of wild and domesticated grasses. What is referred to as common wheat – the Latin name being Triticum aestivum – accounts for around 95% of all wheat grown worldwide. It is the seed of the wheat plant (a cereal grain) that is used for food by humans and indeed many other animals.

There are some strong hints above as to why wheat is vegan, namely that it is a plant. Given that, from a food perspective, veganism is all about consuming a plant-based diet, wheat perfectly fits the bill as suitable for vegans to consume.

Aside from “common” wheat, the following forms of this grain are also cultivated:

Wheat is a versatile cereal that can be ground into flour or semolina (when using durum wheat) for use in a wide variety of food products. It can also be germinated and dried to make malt, which in turn can be used in food, to make drinks such as beer, whisky and malted milk.

Wheat can also be made into cracked wheat by crushing, while the outer husk (or bran) can also be used for various foods. Is there anything it can’t do?!

Are There Any Reasons Wheat Might Not Be Vegan?

Very extreme vegans, or indeed non-vegans who just want to pick an argument (Piers Morgan, we’re looking at you!), might suggest that wheat isn’t vegan because some animals could be killed or harmed during the process of harvesting the crop (which is usually done using combine harvesters or similar large machinery).

There is evidence that some animals, for instance, field mice and other rodents nesting in the field, could indeed be harmed during harvesting, and indeed there are many insects that might be killed by the use of pesticides, let alone the harvesting procedure. But most vegans would not consider these reasons strong enough to stop them eating wheat or the many products made from it.

Short of growing your own vegetables, fruit and cereals, there are almost always going to be implications for animals as a result of agriculture. But, at the same time, the fields of wheat would at least have sustained and sheltered various wild animals prior to their harvest and the alternative (farming animals) clearly has much more serious and direct implications for animals.

In such an instance, these implications apply to the animals who are being grown to slaughter for meat as well as the many wild animals whose habitat might be destroyed to create grazing land for the farmed animals. Throw in the inefficient use of land and the vast amounts of water required to farm animals, and growing wheat (and other crops) clearly offers one of the best options when it comes to feeding the world in a way that minimises harm to animals.

When it comes to a good vegan source of energy, protein and fibre, wheat, though maligned by some, is up there with the best vegan staples around, especially if you eat the whole grain. For instance, whole wheat contains similar amounts of energy to white rice, but has significantly more dietary fibre (12.2g per 100g compared to just 1.3g per 100g). It is also a better source of protein than rice, potatoes or maize and only just falls short of the protein content of soybeans.

Here we’ll run through some of the main macronutrients found in wheat, and give some details of the main vitamins and minerals it contains. Note that most foods that contain wheat (whether bread or beer) also contain various other ingredients that will affect the overall nutrition of the end product. They might also contain non-vegan products, so always check the label (or our Is It Vegan? area) to be sure you know what you are buying.

Nutritional Value of Wheat (per 100g)*

*Data acquired from US Department of Agriculture Agricultural Research Service

The vitamins and minerals also contained within 100g of wheat that supply at least 20% of the recommended Daily Value are as follows:

Given iron and zinc are among the nutrients that many vegans are most concerned about this is especially good to know. Many followers of a plant-based diet may well take vegan supplements but as we can see, wheat can go some way to providing all that we need.

The one major problem some vegans might face when it comes to wheat is around gluten. For people who are gluten intolerant or who suffer from coeliac disease, wheat is basically off the menu. We go into a lot more detail about this in our Vital Wheat Gluten article, but for people avoiding gluten, wheat should be avoided too.

While it is technically possible to create gluten free wheat by using a specialised lacto-fermentation process using lacto-bacilli and fungi (according to research supported by the Italian Ministry of University and Research), this is not really a commercially viable proposition for most food producers. Irrespective of that, there are enough wheat- and gluten-free products on the market these days for alternatives to wheat products to be found in most supermarkets.

So, Can Vegans Eat Wheat?

Because wheat contains gluten, it should be avoided by those with coeliac disease or gluten-related illnesses or intolerances. For the majority of vegans though, wheat, especially the whole grain, offers great levels of fibre, vitamins and minerals, and is also a very decent source of vegan protein.