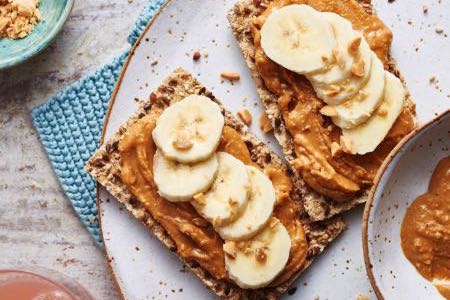 Whether you refer to them as crispbreads, crunchy rye bread or even crackers, if you are a fan of the fibre-rich Ryvita products, you might well want to know whether they are vegan or not. Well, the partial good news is that most Ryvita products are vegan friendly.

In this article, we’ll explain which Ryvita products are fine for vegans and which are not. We’ll also have a brief look at whether or not Ryvita is good for you. But first, just in case you were not sure, let’s explain what Ryvita is.

Although the product range has diversified a little in recent years, the Ryvita name is strongly associated with the Crunchy Rye Breads they have been producing for decades. Made with few ingredients (the Original variety contains just wholegrain rye flour, rye flour and salt!), these fibre-rich crispbreads can be eaten on their own or with any number of different toppings from crushed avocado to vegan cream cheese to Marmite, or really, whatever you fancy.

Ryvita started life in 1925 when John Edwin Garratt began selling crunchy rye bread products that he’d imported from Sweden. After setting up a bakery in Birmingham in 1932, the company began to produce their own Ryvita Crispbread. It became popular through the decades and they expanded the range of products to include a “Swedish-style” brown crispbread in 1975 and then sweeter options (such as the Currant Crunch) in the 1990s. The addition of their Thins and Rye Cakes are more recent.

Which Ryvita Products Are Vegan?

According to the Vegan Products page on the UK Ryvita site, the following Ryvita products are all vegan friendly: 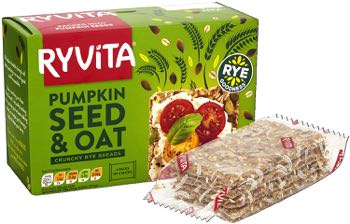 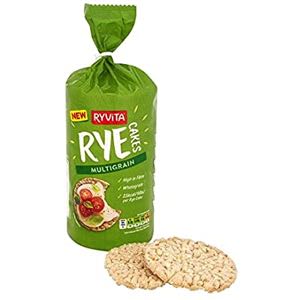 In addition, the following Ryvita products do not contain any non-vegan ingredients, but they are labelled as “may contain milk” as there is a possibility of cross-contamination based on the manufacturing processes used. If you do not have a milk allergy and you are not concerned about the slim chance of cross-contamination, these are fine and could really be considered vegan-friendly in our eyes. 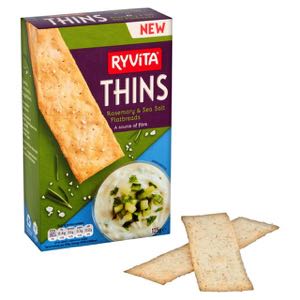 Which Ryvita Products Are NOT Vegan?

The following Ryvita products are not suitable for those on a vegan diet (at the time of writing):

*Note that the Multi-Seed Thins do not contain any ingredients that are technically non-vegan, though they do contain palm oil, which some people consider non-vegan (see below for more info).

What Stops Some Ryvita Being Vegan?

As with most non-vegan foods, the problem is that they contain at least one non-vegan ingredient. In the case of the various non-vegan Ryvita products, the following offending items pop up.

Milks comes from animals who are certainly exploited and often harmed (for instance through the removal and slaughter of infant calves soon after birth) and hence it is not difficult to conclude that milk is not vegan.

Aside from the products mentioned above that “may contain milk” (due to cross-contamination), there are some Ryvita products that definitely do contain milk (or cheese or other products made from dairy milk) and hence would not be suitable for those on a plant-based diet. The following products are not okay for vegans:

Palm oil comes from plants so – on the face of it – it should be fine for those on a vegan diet. The problem is that a lot of palm oil has been produced in ways that have had a negative environmental impact and specifically on the habitat of various endangered species in South East Asia.

We discuss the ins and outs of whether it is vegan in our palm oil article. But really it will come down to the individual to decide their stance on whether they want to consume products that contain palm oil. At the time of writing, almost all Ryvita products are free of palm oil, although they state on their website:

The only product in our range which currently contains palm oil is our Multi-Seed Thins. We use a blend of 100% Certified Sustainable Palm Oil. Our ultimate intention is to remove palm oil altogether from this product in the not too distant future.

Those seeking to consume no palm oil should simply avoid that one Ryvita product until such time as they produce it without any of the controversial oil. For those who are less concerned (especially as they use sustainable palm oil), the Multi-Seed Thins are fine.

As we discuss in our Is Honey Vegan? article, it isn’t. We won’t rehash the arguments here but really it’s impossible to make honey without at the very least exploiting bees and in all probability causing some harm to them. But whatever you think about the ethics of beekeeping, it’s worth knowing that the following Ryvita product contains honey and hence is not okay for vegans to consume:

Ryvita products are pretty darn healthy with around seven times the fibre content of standard white bread and more than double that of a typical wholemeal bread. They are also low in fat and sugar and contain good amounts of magnesium, iron, zinc and vegan protein.

Note that although Ryvita is particularly high in carbohydrates, a large chunk of these are complex carbs and a good chunk of it is categorised as “resistant starch”. This does not get digested in the small intestine and instead makes it through to the large intestine where it ferments and feeds your gut bacteria. This has potentially positive effects when it comes to losing weight or maintaining a healthy weight, according to some research published in 2014. 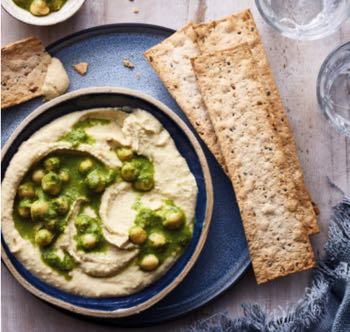 As we have seen, a good number of Ryvita products are perfectly fine for vegans to consume, with a couple more that could be considered vegan by most people on a plant-based diet. It’s always worth checking the labels when you buy Ryvita though as they sometimes tweak the recipes and there is a chance they could introduce some non-vegan ingredients to some of their products (though obviously we hope they don’t).

Ultimately, the vegan-friendly Ryvita options offer an excellent source of dietary fibre and also a decent amount of protein too, so those seeking to lose some weight or maintain a healthy BMI might consider eating Ryvita as an alternative to their usual bread products.