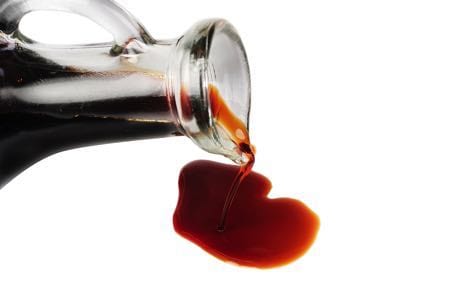 Worcestershire Sauce has been around a long time – since 1837 in fact – and, in that time, it has garnered plenty of fans who use this savoury, umami condiment in all manner of cuisines. Whether drizzled on cheese on toast, added to Bolognese sauce or used as an ingredient in Bloody Mary cocktails, there is no doubt that this dark, fermented liquid is versatile. But, is Worcestershire Sauce vegan?

Alas, the answer is no, Worcestershire Sauce is not vegan because it includes anchovies (a type of fish) amongst its ingredients. At least that is the case with the original and most famous Worcestershire Sauce made by Lea & Perrins (who are now owned by food conglomerate Kraft Heinz).

The good news for vegans who are partial to a Bloody Mary or who are seeking something to jazz up their vegan-friendly burger or chilli is that there are plenty of vegan-friendly alternatives to the original Lea & Perrins Worcestershire Sauce. And, if you are feeling particular motivated you can even make your own vegan-friendly version of the condiment. So, let’s get straight to the best options for vegans seeking a Worcestershire Sauce-like condiment that doesn’t include fish (or any other animal-derived ingredients). 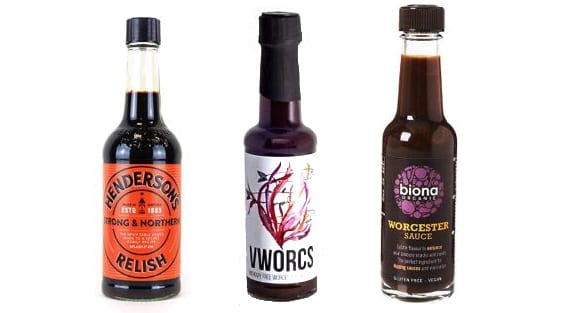 What Is Worcestershire Sauce? What Makes It Non Vegan?

Some foodstuffs in the Is It Vegan? section of our site are rather ambiguous in terms of whether or not they are vegan. For instance, things like bread, beer or noodles can be either vegan or non-vegan, depending on how they have been made.

But when it comes to Worcestershire Sauce, at least the Lea & Perrins version, it is never vegan friendly simply because it contains fish and fish are animals. Vegans do not consume products that contain animals or animal-derived products, so the case is closed.

It is a shame really because the rest of the ingredients are vegan-friendly, and broadly similar – if rather distinct – liquid condiments, such as soy sauce and Tabasco Sauce, are both vegan. Here are the ingredients of Lea & Perrins Worcestershire Sauce:

As we can see, aside from the anchovies, the rest of the ingredients are (almost certainly) vegan. It’s hard to be 100% sure in terms of the rather vague “flavourings”, but given that fish is included anyway we don’t need to delve too deeply into this one.

How to Make Vegan Worcestershire Sauce

Though it is easy enough to buy vegan alternatives to Worcestershire Sauce, some people quite like the idea of making their own vegan-friendly version. The good news is that it’s a relatively simple process that requires ingredients that are readily available.

Basically, the best way to start what is likely to be an experiment (based on your personal tastes) is to use the above ingredients minus the anchovies. Instead of anchovies we’d recommend using either soy sauce or tamari. In terms of spices and flavours, you can essentially pick whatever you fancy.

Adapting the ingredients of the Biona Organic Worcester Sauce, and experimenting with the quantities could also be a good option. Here is a guide to get you started:

Of course, if all that seems a little but too much hassle, just buying any of the vegan-friendly alternatives mentioned above would save you a lot of time, and probably a bit of cash too if you don’t have all the ingredients in your cupboard already.

The story of Lea & Perrins Worcestershire Sauce is well documented, but we’ll just give a brief synopsis in case you’re interested. Unsurprisingly, given its name, the sauce comes from the cathedral city of Worcester in, you’ve guessed it, Worcestershire.

The sauce was created way back in 1837 by a pair of chemists from the area, John Wheeley Lea and William Henry Perrins, who realised that when the condiment they’d created had fermented, it actually tasted better. They promptly bottled it up, began selling it and it soon gained popularity and even a Royal Warrant (which was granted in 1904 and has been held ever since).

The history of fermented fish-based sauces goes way further back than 1837, however. One example is the fermented fish condiment that was known as garum and was popular in ancient Greece, Rome and Carthage. There are also plenty of examples of fish sauces in Eastern cooking throughout the ages. Sauces that contained anchovies specifically are thought to have been made in Europe for at least a couple of centuries before Lea & Perrins’ sauce was created.

It Was the Best of Shires, It Was the Worcestershires…

The bottom line here is that while the original Lea & Perrins Worcestershire sauce is not suitable for vegans (on account of it including anchovies amongst their ingredients), there are plenty of vegan-friendly alternative available.

Whether you want a direct replica, such as Henderson’s Relish or Biona Organics Worcester Sauce, or just something to add an umami flavour to a recipe, there are plenty of options that don’t include any animal-derived ingredients. This is great news, because sometimes nothing quite cures a hangover like a good Bloody Mary!