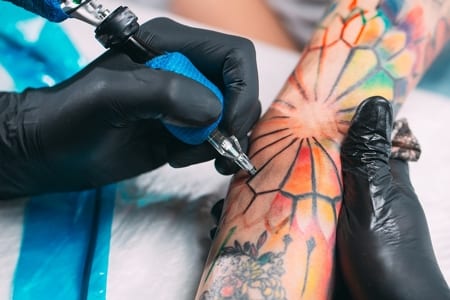 If you are a committed vegan and you are thinking of getting a tattoo, you might want to consider the question: are tattoos vegan? You might not have thought there would be any issue with tattoos given that it is just a bit of ink. But it is what that ink might, and quite probably does, contain that is the issue.

We have covered everything from candles to condoms in the Is It Vegan? area of our site, and there are rarely clear cut answers to whether a particular product or food is 100% vegan friendly. This is the case with tattoo ink: some is vegan friendly, but a lot is not.

Here we will explain the possible reasons your potential tattoo might compromise your vegan beliefs. We will also give you some pointers to help you find vegan-friendly tattoo artists. So, before you get inked, have a quick read.

Why Are Some Tattoos Not Vegan? 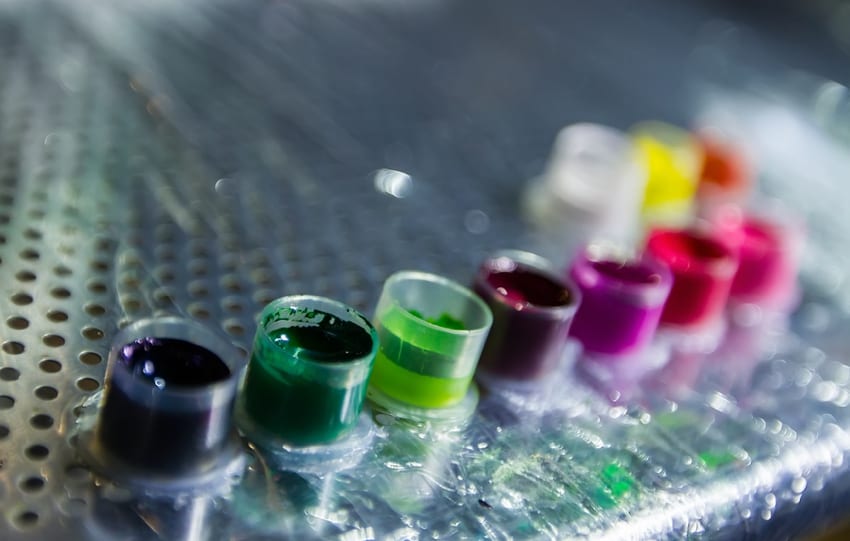 Given the popularity of tattooing in the UK and beyond, it is perhaps a little alarming that a lot of people don’t appear to consider what is actually in the ink that is going to be injected into their skin. Tattoo inks are made up of pigments, that give the colour, and carriers, that act as a solvent and aid application by ensuring an even mix of the pigment.

The problem is, tattoo ink manufacturers do not necessarily have to reveal all the ingredients of their inks, and it has been reported (by the European Chemicals Agency (ECHA)) that it is “well known that tattoo inks can and do contain substances of concern such as identified carcinogens and skin sensitisers”.

This is concerning on a health level, and there have been calls to tighten regulations in relation to what tattoo ink can contain. These concerns are mainly in relation to things like heavy metals (mercury, iron, barium, et cetera) and even things like arsenic! These might not necessarily be substances that you would want permanently residing in your skin, but technically there is nothing to make them unsuitable for vegans.

There are, however, also ingredients that have been identified in some tattoo inks that would not sit well with vegans. For instance, that old favourite of the sugar industry bone char (which has been used to refine sugar as detailed in our Is Sugar Vegan? article), is used as a pigment in some inks. While the likes of animal fat-derived glycerine, gelatine from animal hooves and even shellac from insects has been known to appear in some inks.

But it is not just the ink itself that might not be wholly vegan. Some of the stencil papers used by tattoo artists are made using lanolin which is derived from the fat from wool of sheep (for more on that, check out our Is Breakfast Cereal Vegan? article).

In addition, the soaps or balms given (or sold) to customers for use after they’ve been inked could contain beeswax, lanolin or the ever-contentious substance, palm oil. Even the razors used by tattoo artists to prepare an area of skin prior to the inking can contain a gel strip containing animal-derived glycerine.

Faced with so many potentially non-vegan hurdles to clear on the journey towards getting a humble tattoo, what is a good vegan to do? Well, thankfully, there are a growing number of tattoo artists and ink producers who recognise the benefits of providing vegan-friendly tattoo ink and other products. It is often the case that these vegan-conscious artists are also more likely to be eco-conscious and health-conscious too, and hence will be more likely to use inks that are less likely to have a negative impact on the environment or indeed your health. 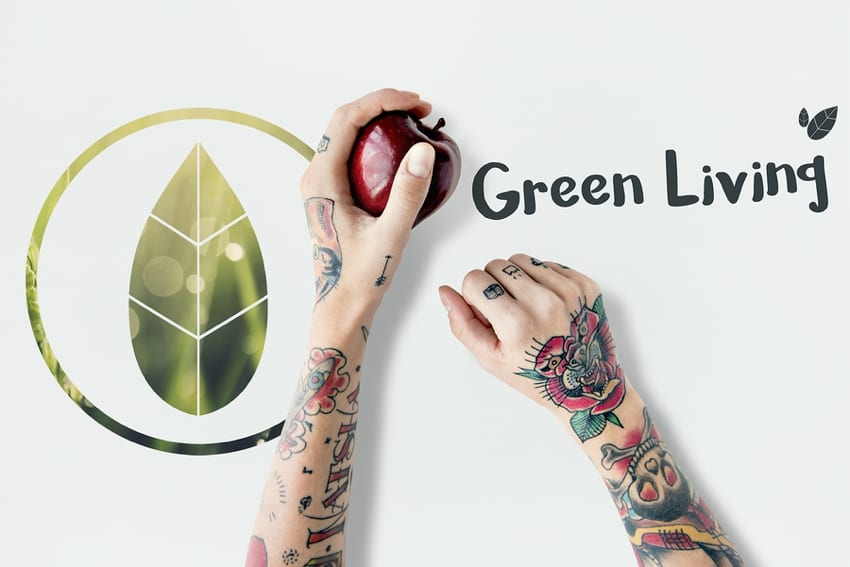 In order to ascertain the vegan credentials of your local tattoo studio or artist, either contact them directly or check out their website. If they haven’t gone to the trouble of putting such information on their website (or indeed they haven’t bothered developing a website to show off their portfolio and to provide information to customers), perhaps it would be worth looking elsewhere.

There is a useful website to help potential ink heads find their nearest vegan tattoo studio, which is, rather intuitively, called vegantattoostudios.com. It also has some interesting articles about tattooing, as well as selling various vegan-friendly tattoo aftercare products through its store.

Tattooing has been around for millennia in various forms, with an ancient Roman recipe for tattoo ink including ingredients, such as Egyptian pine bark, corroded bronze, iron sulphate and… bile from gall bladders. It’s safe to say that particular version of tattoo ink wasn’t vegan friendly! Here we present a little more interesting (if potentially rather pointless) information about tattoos and tattooing.

How Popular Are Tattoos in the UK?

In terms of the cities in the UK with the most tattooed residents, a survey conducted in 2015 by motorbike insurance brokers Carole Nash (who clearly didn’t have much work on that week!) concluded that Birmingham was top of the tattooing pops: 48% of respondents had more than six tattoos on their body. Hot on their inky heels was Norwich (41%) and Glasgow (40%), with Sheffield and Bradford not too far behind on 36%.

Which Countries Love Tattoos the Most?

A 2018 survey of nearly 10,000 participants carried out by Dalia Research found that the country with the highest percentage of people with at least one tattoo was Italy, with 48% of respondents having been inked. The Italians just pipped Sweden (47%) to top spot, with the USA (46%), Australia (43%) and Argentina (43%) not far behind. The UK was back on 40% while Israel was the bottom of the ink charts of the nations surveyed, way down on 25% of respondents. 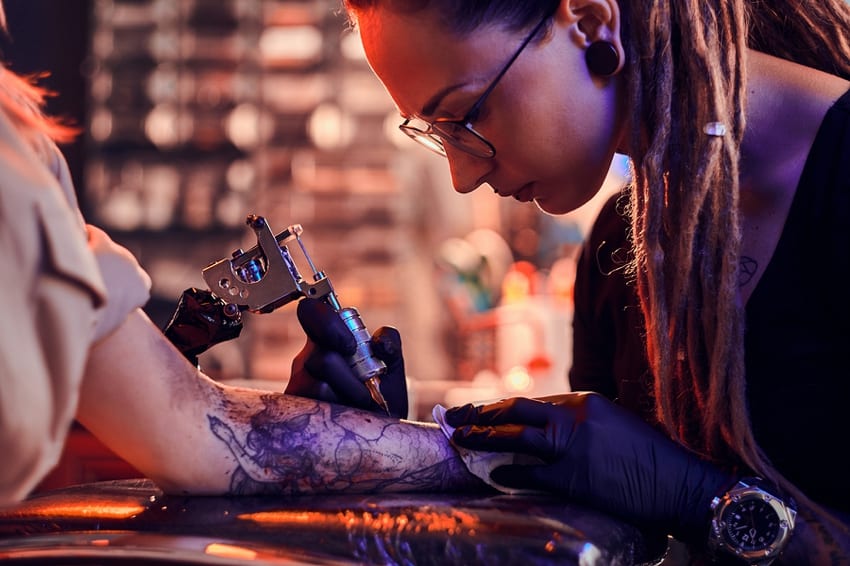 Here are a few tattooing snippets that may or may not help you make a decision about whether to get a tat or two.