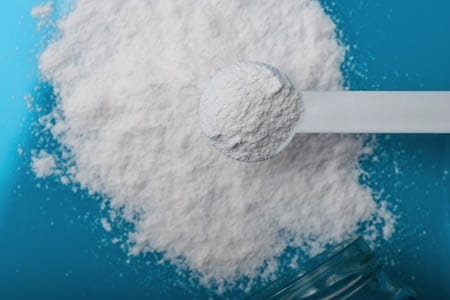 Dextrose is a type of sugar that is usually obtained from corn (maize) and which is, chemically speaking, the same as glucose. Used in a wide range of food products as a sweetener, preservative or stabiliser, and also in medicine and cosmetics, dextrose has a relatively wide range of applications.

Dextrose is also consumed by some bodybuilders (including vegan ones!) or other athletes before or after a workout to help top up their blood sugar levels or stores of glycogen.

Yes and no. Given that it comes from plants, it is a natural product and, on the face of things, it also appears vegan friendly. Indeed, if you see dextrose listed amongst the ingredients of a food product that would otherwise be vegan friendly, the likelihood is that it has been produced from plants and it is fine for vegans to consume.

There are, however, some instances when dextrose might not be suitable for vegans. For example, in some cases it is possible that dextrose – which is generally sold as a fine, white powder – may have been refined using bone char… literally the burned bones of animals. There is also the possibility that some so-called “cultured dextrose” has been produced from milk, but more about that later.

In this article, we will delve into dextrose in a bit more detail, looking at what it is, how it is produced and the common products that contain it. We will also examine when dextrose might not be vegan and how to ensure that any dextrose you happen to buy is okay for those following a plant-based lifestyle. 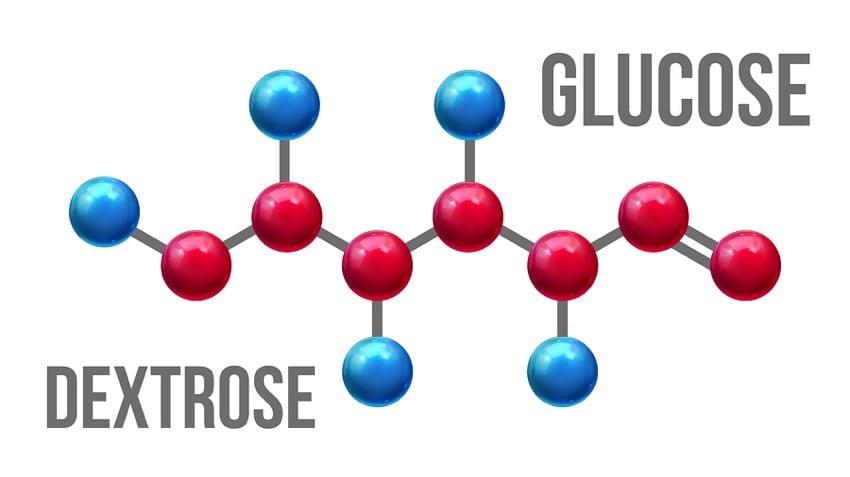 Dextrose is a simple sugar, also known as a monosaccharide, and is one of the simplest carbohydrates (that is, a biological molecule containing carbon, hydrogen and oxygen atoms). As mentioned, dextrose is the same as glucose from a chemical perspective and has the same chemical formula, namely C6H12O6, and structure.

Without delving into the minutiae of the chemical composition of sugars and carbohydrates in general (which is beyond the scope of this article and, we assume, not why most people are reading), let us say that for all practical purposes (for instance when assessing what ingredients are in the food you are buying), dextrose and glucose are one and the same.

Dextrose (glucose) is found naturally in many plants, and it is also produced by animals when glycogen is broken down. It is the sugar used by humans as a primary energy source and it is what is present in the blood when people refer to blood sugar levels. As such, it is the level of glucose that needs to be monitored by people with diabetes (as we discuss in our article whether or not a vegan diet can help with diabetes). It is used as a food additive to add sweetness, as a thickener, or to increase moisture levels in all kinds of foods and drinks (see below).

Dextrose (or glucose) is not to be confused with fructose, galactose, or sucrose.

Note that dextrose (glucose), fructose and galactose all have the same chemical formula – C6H12O6 – but their isomeric structures differ slightly.

How Is Dextrose Made?

Dextrose is made on an industrial level through a process called “enzymatic hydrolysis” whereby (usually in the case of dextrose) corn starch molecules are reduced to the simpler dextrose molecules. The use of enzymes ensure that the monosaccharide dextrose stays in tact when the polysaccharide corn starch is broken down through hydrolysis.

The enzyme that is generally used in the process is glucoamylase (also known as Glucan 1,4-alpha-glucosidase). Though it is produced by the pancreas and is present in saliva in humans and other animals, it is obtained from plants, fungi or bacteria for use in the production of dextrose, all of which are of course vegan friendly.

What Could Stop Dextrose Being Vegan? 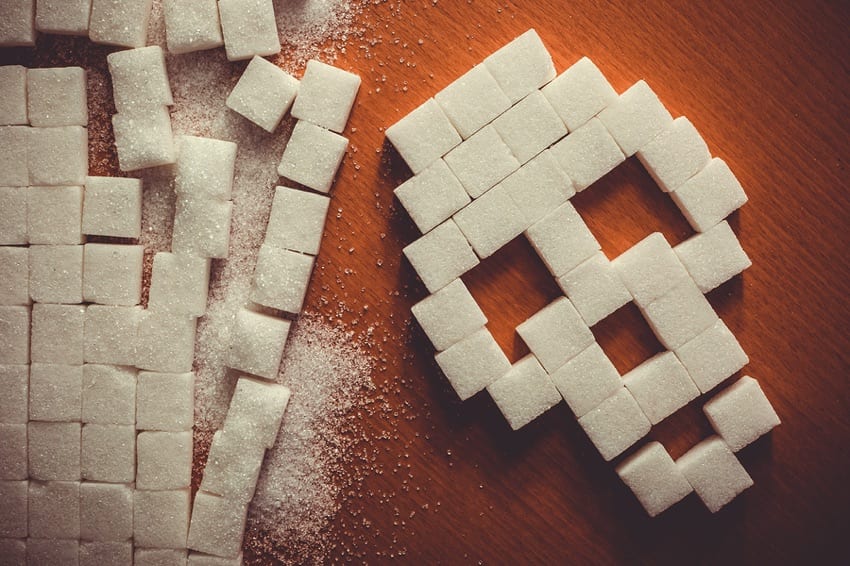 As we mentioned, dextrose tends to be produced from corn (maize), which is a plant and hence clearly vegan. So, what could possibly stop this sweet powder from being 100% vegan friendly? Well, as we discuss in more detail in our Is Sugar Vegan? article, some sugar manufacturers use bone char to remove impurities during the refining process. Bone char is basically burned animal bones, and this would render any sugar – whether dextrose, glucose or sucrose –refined in this way out of bounds for vegans.

Thankfully, the use of bone char is a lot less common than it once was, and most manufacturers now use either activated carbon or ion-exchange polymers during the refinement process. Because this is the case it is fair to say that most dextrose (and indeed glucose) you might see listed as an ingredient on a food product will indeed be vegan friendly.

To be on the safe side, it’s always worth checking the FAQs section on a product website or even contacting the manufacturer of the product in question. For instance, on the Dextro Energy site they state, “Dextro Energy tablets are made from plant-based ingredients and can be used as part of a vegetarian or vegan diet.”

What Is Cultured Dextrose & Is It Vegan?

Cultured dextrose is something quite different to the simple sugar we have been referring to thus far. Cultured dextrose is used as a preservative and is added to food products to make them last longer on the shelf. It is often added to pasta, salad dressing, cereal bars and all number of other things.

Cultured dextrose is made by combining the simple sugar with a bacterium that is found in milk, and it has a rather tongue-twisting name: Propionibacterium freudenreichii. It is possible that cultured dextrose could be produced without the use of a dairy-derived bacterium, but to play things safe, we would suggest that vegans should avoid any products that have cultured dextrose amongst the ingredients, especially when it says something like “may contain milk”. 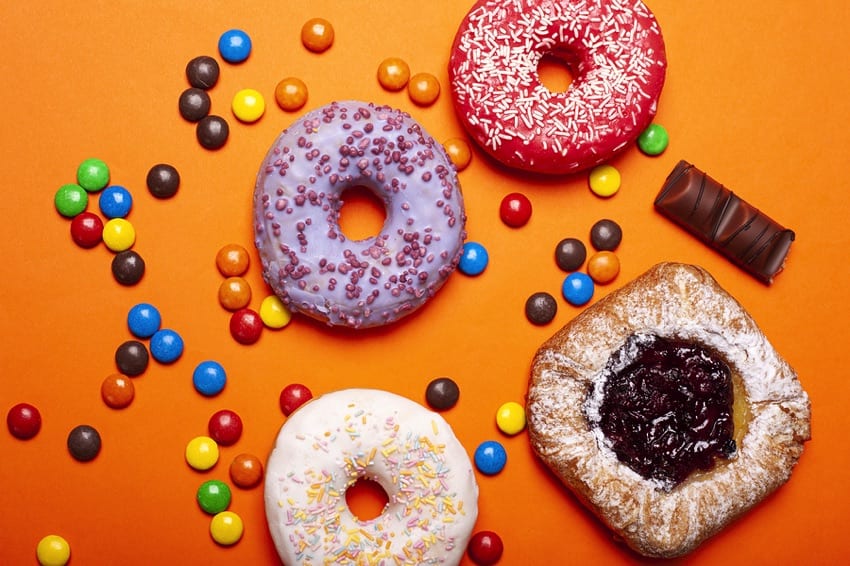 Many food products will simply contain “sugar” amongst their ingredients. But given that the word sugar has some negative connotations for many health-conscious consumers, some food manufacturers prefer to use glucose rather than sucrose (table sugar); and to further divert people’s attention away from the calorie-rich sweet stuff that has been thrown in, the term dextrose is often used instead of glucose as it is basically less likely to alert people to the presence of sugar.

Of course, there are some instances in which people are explicitly seeking sugar. This would include people seeking an energy boost through dextrose powders or tablets either before/after intense physical activity, or indeed people with diabetes who are attempting to avoid going hypoglycaemic.

Here are some of the more common food products that contain dextrose. Note that dextrose is often combined in food products with maltodextrin, a polysaccharide which we examine in detail in our Is Maltodextrin Vegan? article.

Essentially, any sweet food that has been processed (i.e. it is not in its natural state) might well contain dextrose. For people gravitating towards veganism for health reasons, limiting the amount of added sugar in general is likely to be a good thing. But even vegans need a sweet treat every now and then… vegan chocolate anyone?

In practical terms, as far as most people are concerned, dextrose can be used interchangeably with glucose. Dextrose is a simple sugar that is generally obtained from corn (maize) and which is added to a wide variety of food products, mainly as a sweetener.

Most dextrose that is added to food products these days (especially in the UK) is vegan friendly, as it won’t have used bone char in the refinement process. If you are a super-strict vegan then to be on the safe side it is always a good idea to check with manufacturers but from our research it appears most dextrose manufacturers use alternative refining processes these days.