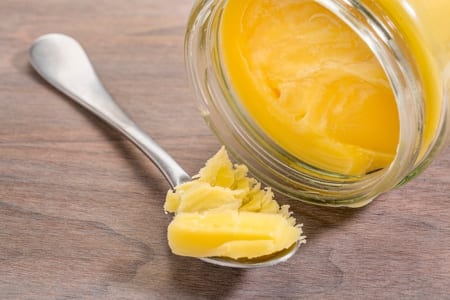 To ghee, or not to ghee, that is the question. At least that is the question if you are a vegan trying to following your favourite Indian recipe (and you fancy paraphrasing Shakespeare). If you don’t want to paraphrase old Shakey, and you just want to get to the point, you might instead simply ask: is ghee vegan? And, for those really wanting to cut to the chase, here’s a very simple answer: no, ghee is not vegan.

So, that’s that then. The Is It Vegan? area of our site is peppered with ambiguities and disclaimers relating to the vegan credentials of foods and products as diverse as chocolate and wool. But with ghee there is no doubt: it is not vegan.

Now we’ve settled the matter in hand, we’ll go into a bit more detail. We’ll explain what ghee actually is, why it’s not vegan and what vegans can use as an alternative for ghee.

What Is Ghee & Why Isn’t It Vegan? 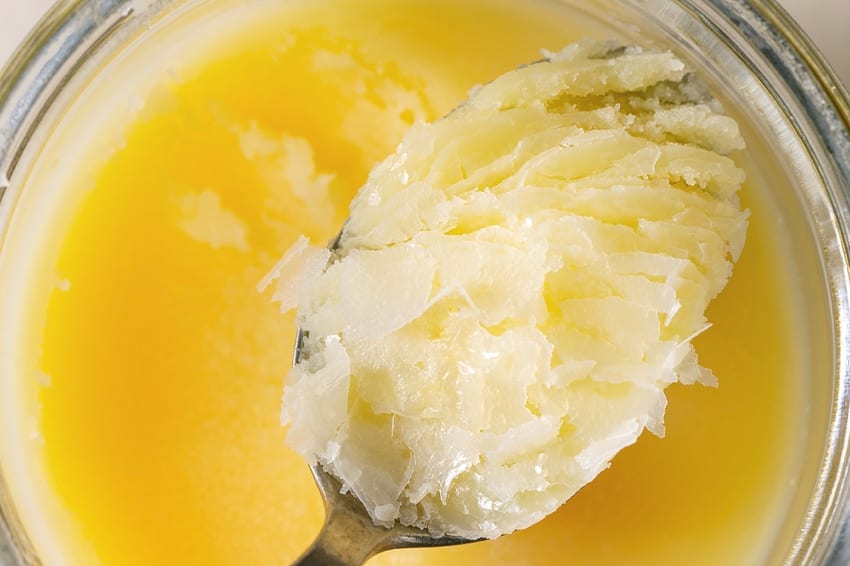 Ghee is a type of clarified butter that comes from India which has been used as a cooking medium in the cuisines of the Indian subcontinent, as well as in the Middle East and South East Asia. It is produced from butter, which in turn comes from milk, usually from cows… which of course isn’t vegan.

Ghee is rendered from butter, usually by melting the butter so that the butterfat separates from the milk solids and water. With ghee, as opposed to standard clarified butter, the butter is usually simmered for a time which is responsible for a more nutty flavour.

We go into the whys and wherefores about the reasons milk isn’t vegan in our rather aptly named Is Milk Vegan? article. But suffice to say, there is no doubt that milk, and hence anything that is derived from it cannot be vegan, irrespective of the animal from where said milk came (sometimes it comes from buffalo milk).

Ghee is best known, in the UK at least, for its use as a cooking oil for various Indian, Pakistani or Bangladeshi dishes. It also has a long history of use in religious ceremonies and traditional Ayurvedic medicine and is referred to in Indian mythology, specifically in the Bhagavad Gita and the Rigveda.

Ghee is the preferred oil for certain dishes because of its relatively high smoke point, that is the point at which it begins to burn. In the case of ghee, this is around 250 degrees Celsius, which makes it very good for high temperature cooking. Butter burns at a much lower temperature but by clarifying it, removing water and milk solids, it takes on different properties.

As well as being suitable for cooking at a higher temperature, it also keeps better than butter, especially when unrefrigerated. In addition, due to the removal of much of the casein and lactose, it is also suitable for many who have lactose intolerance issues.

The good news is that there are plenty of vegan-friendly alternatives that can be used in place of ghee when cooking. Though many people swear by the distinctive flavour ghee imparts on a dish, if you are making, for instance, a biryani with plenty of spices, the type of oil you use is not going to be the deal breaker in whether or not it tastes nice. Whilst those that have a particularly well-honed palette and are accustomed to eating curries made with ghee may notice the difference, most people won’t.

If you are looking for an oil that is also good for high-temp cooking in place of ghee, refined avocado oil is an option as its smoke point is up around 270°C. Also, there is some dispute about whether avocados can be classified as truly vegan because of the unnatural use of bees.

But there are plenty of other vegetable oils that can be used instead, including safflower oil, rapeseed oil, sunflower oil, mustard oil (used widely in much of the cuisine of South Asia), coconut oil and sesame oil, all of which have smoke points high enough to cope with most high-temperature cooking.

Do Curry Restaurants Use Ghee? 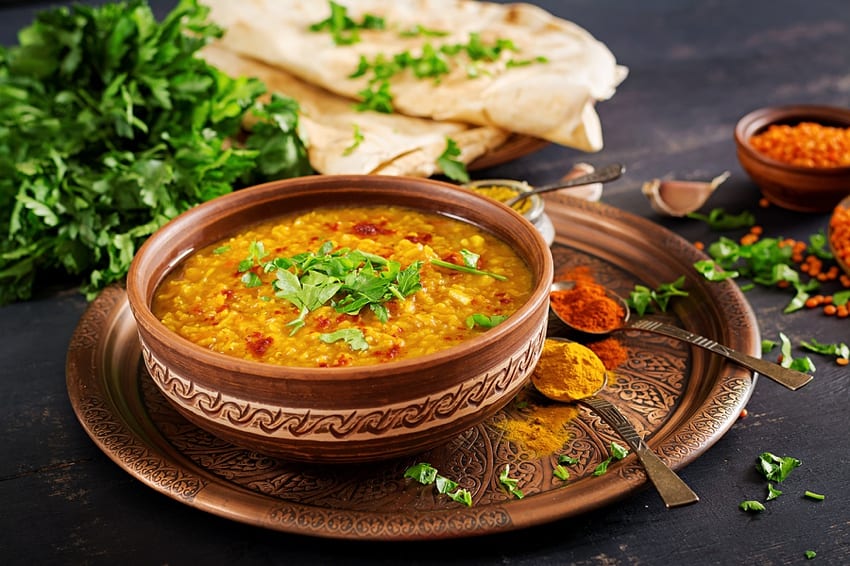 Unless stated otherwise, there is a strong chance that if you go for a curry (certainly an Indian, Bangladeshi or Pakistani one) in the UK, ghee might well have been used, even for dishes that might otherwise appear to be vegan (for example Indian breads, vegetable biryani, daal). Always be sure to ask the restaurant staff if they use ghee, and if they do, whether they would use vegetable oil instead. In our experience, most are happy to oblige.

Thankfully, as with various other food genres, there are an increasing number of restaurants serving the delights of the Indian subcontinent that are completely vegan friendly and hence only use plant-based ingredients. There are even more who offer vegan-friendly options to diners too, and this is likely to become increasingly prevalent in the next few years. Viva la vegan!