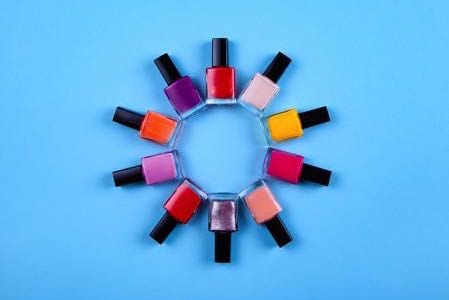 Shellac has such a wide range of uses from furniture polish to nail polish, food to fireworks, but how many people really know what shellac is and where it comes from? In case you were not aware, whatever the eventual use, shellac actually originates as the secretion from Kerria lacca… a kind of scale insect!

For those arriving here for an answer to the question “is shellac vegan?” – well, the answer is an emphatic “no”. Shellac comes from the female lac bug, an insect; insects are animals (specifically they are hexapod invertebrates of the arthropod phylum within the biological kingdom Animalia!); therefore, shellac is NOT vegan.

In case you wanted something more than one of the most definitive answers we’ve be able to give in the Is It Vegan? section of our site, there is plenty more to learn about shellac (and the humble lac bug from where it comes). In the remainder of this article we will go into a little more detail about what shellac is, how it is attained from the lac insect and what humans use it for. We will also make some suggestions for vegan-friendly alternatives to shellac for various products used in a variety of scenarios.

As mentioned, shellac originates from the secretions of the lac bug, and specifically the females of the species. The insects naturally reside in the forests of India, Thailand and other countries in Asia, and they are also used commercially to produce dyes of various colours.

The lac resin that is secreted by the lac bug is a natural polymer; the resin is scraped from the branches of trees onto which the bug has secreted it. It takes something in the region of 100,000 to 300,000 insets to produce a kilogramme of raw shellac resin. The resin is then refined by being melted down and filtered before being dried in flat sheets and broken into small pieces or flakes before being sold. To use the shellac, the flakes are crushed or ground into powder and dissolved in alcohol to create a liquid of the desired concentration for the task at hand.

The uses of shellac have changed over the years with many of its previous uses being replaced by synthetic alternatives. For instance, shellac was the go-to material from which most gramophone records were made before vinyl offered a cheaper alternative. Indeed the advent of plastic spelt bad news for shellac producers as many of its primary uses were snatched away by some plastic polymer or other.

Here we’ll go through some of the main current uses of shellac, which is still something that pops up in a wide variety of products and industries. Note that in relation to food products, it is common for shellac to be listed as its E Number, E904. You can read more about which additives are vegan and which to watch out for in our Which E Numbers Are Vegan? article.

Thankfully, as is the case with almost anything that uses animal products, there are various vegan-friendly alternatives that allow vegans to go through life without needing to purchase products containing shellac. Here are the main ones we have come across.

Are There Any Ethical Issues with Shellac?

For those people choosing veganism for ethical reasons there is probably little doubt that consuming or using products containing insects (i.e. animals) is not really an option. But there are other people, perhaps those new to veganism or those who might describe themselves as “veganish” who might see a distinction between insects and other (perhaps more cuddly) kinds of animals.

The whole question of how much an animal, such as an insect, is able to suffer or feel pain is open to debate, and in the same way that “seagans” believe it is fine to consume some seafood, other might think nothing of the death of a few hundred thousand insects in aid of their simply fabulous nails.

While this is not directly linked to veganism per se, there is also an issue in relation to the economics of shellac. Given that many shellac producers reside in areas of the world in which creating an effective income from other means is difficult, if demand for shellac drops off dramatically (on the back of veganism), there are likely to be social implications for humans in certain areas.

The fact remains, however, that based on the widely accepted definition of veganism, the consumption or use of animals flies in the face of veganism. And though not all animals are the same, as long as they are taxonomically categorised as part of the animal kingdom then products made using them are not vegan.

With no sign of the definition of veganism changing any time soon, those people who still can’t resist getting their nails shellacked but who otherwise follow vegan principles might more accurately describe themselves as “vegetarians with nice nails” rather than vegans!