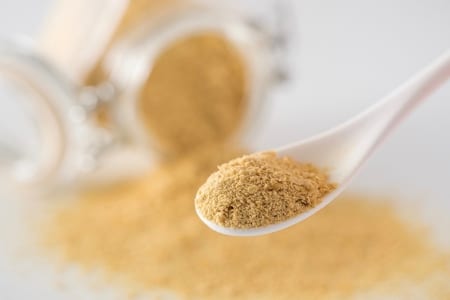 Of all the food items that someone following a vegan diet might miss, crave or find difficult to give up, yeast would not appear to be a major concern – at first glance at least. Whilst yeast is increasingly used as an ingredient in its own right by modern chefs, few people really actually eat yeast.

No vegan ever had a moment of drunken weakness where they craved a yeast sandwich, or got tempted when they saw their mates tucking into a big, juicy chunk of yeast. However, yeast is one of the many items that vegans, would-be vegans and those just curious about pursuing a plant-based diet, often get a little confused about.

As said, yeast is not something that is eaten in its own right. However, it is a key ingredient in many much-loved food and drink products and is naturally occurring in many others. Here are some of the things that wouldn’t exist without a bit of yeasty goodness!

Clearly, many foods and drinks contain yeast. For the yeast-intolerant, this can be a tricky issue. Thankfully for vegans, however, yeast is not on the metaphorical naughty step, with almost all vegans clear that yeast is acceptable within a vegan diet.

Why Do Some Believe Yeast Is Not Vegan?

There really seems to be little debate, as said, but there do exist a very small number of people who avoid yeast on ethical grounds, namely “Level 5 vegans”. The term “Level 5 vegan” is largely used in jest but the strictest of the strictest (of the strictest!) vegans may argue that as yeast is a living ingredient it is not right to consume it.

It’s Alive, But It’s Not an Animal

Yeast is everywhere – in the air and in our bodies. Bacteria are also alive, as are plants, but just “being alive” doesn’t make something an animal. Whether or not something is an animal is at the heart of whether or not it is vegan friendly, and yeast is a fungus. Not an animal.

Scientists classify the world in various ways and the key distinction here is that whilst cats, dogs, pigs, chickens and so on belong to the Animalia kingdom, yeast belongs to the world of Fungi. The former are, scientifically speaking, animals, whilst yeast is most definitely not.

Yeasts are single-celled organisms that reside in the Eukaryote domain. We cannot say it any more clearly: they are not animals and therefore not subject to the ethical concerns of veganism. Whilst many breads, wines and sweet delights, such as Panettone, may not be vegan, it isn’t down to yeast. So, all in all, yeast is one less thing all vegans need to concern themselves with!