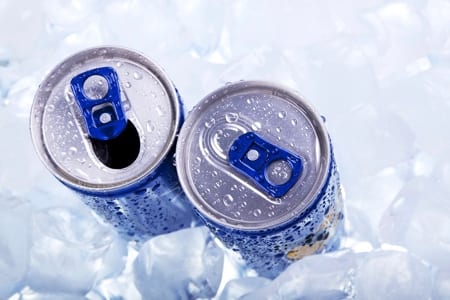 Energy drinks are big, big business and people use them for a range of reasons. They aren’t for everyone, due to the high levels of sugar, caffeine and artificial additives found in many varieties, but if you need a quick energy boost they certainly have their advantages. However, the question here isn’t whether they are desirable as a choice of beverage, or even whether they work. The question is, are the likes of Red Bull, Monster and other popular energy drinks vegan?

The term “energy drink” can mean different things to different people. Orange juice, for example, is high in sugar and will provide a quick burst of simple carbohydrates to fuel aerobic activity. Equally, a double espresso offers a rapid caffeine injection. However, for the purpose of this article, we are talking about energy drinks, such as Red Bull, Monster and Relentless, as well as similar beverages that are firmly marketed as energy drinks and which usually contain added caffeine.

When it comes to energy drinks, thankfully, vegans have a lot of choice and many of the major branded drinks are indeed vegan. Below is a selection of the most popular vegan energy drinks for when you need a boost. Here we are looking at only the main, standard versions of these drinks, although on the whole most of the below brands are entirely vegan.

The only major exceptions to that are any “red” drinks, which may contain cochineal (for more information see below). Please also note that in different countries the ingredients may differ.

As you can see, all of the UK’s top-selling energy drinks are vegan, neither containing any animal products nor using anything derived from animals in their manufacturing processes. All the major supermarkets also produce their own brands of energy drink and these are not included on our list above.

However, whilst we haven’t checked each and every one, subject to the restrictions below, it is safe to assume that these will be vegan too. That said, as ever, if you want to be 100% sure, check the ingredients and contact the manufacturer if there is any doubt.

We have a separate Is Taurine Vegan? article that looks at this issue in a little more detail. Essentially, there are various online rumours that energy drinks contain bull’s sperm, bull’s urine or other undesirable animal bodily fluids. Well, if you can find a drink with bull sperm in it, please let us know. And, for the record, that’s not because we want a gulp.

Such rumours stem from Red Bull’s name and branding, and taurine’s name, the Latin Taurus meaning bull. Taurine got its name because it was initially separated from ox bile. In actual fact, taurine is naturally occurring in many animals, but thankfully, it is now usually synthesised in the lab without the use of any animal products.

All of the vegan energy drinks listed in our table above use a chemical, non-organic taurine. It is not possible for us to check all of the thousands of energy drinks that exist worldwide. However, as lab-synthesised taurine is cheap and easy to produce, we would find it very surprising if any energy drinks used animal taurine these days. If you know otherwise please let us know.

If you have ever heard of cochineal, you may be wondering if your energy drink contains insects. From the sperm of a bull to crushed insects; these energy drinks really do contain all the good stuff, don’t they? However, whilst we are confident you won’t be downing anything cow-, bull- or ox-derived in an energy drink, there is a chance you might be consuming a small insect called a cochineal.

These insects, commonly found in the tropical and sub-tropical Americas, are used to create the dye carmine. This is non-vegan, for obvious reasons (insects are animals too!), and also non-vegetarian. If you see any of the following (as ever, labelling is never simple and you’re unlikely to see “crushed insects” on an ingredients list!) on your energy drink, or indeed any product for that matter, you should give them a wide berth.

Note that anything that is a bright red may have been coloured with carmine and therefore contain cochineals – obviously, excluding natural products, we’re confident of the vegan credentials of tomatoes for instance! Monster’s Ultra Red is just one example of a non-vegan energy drink but it is certainly well worth checking any bright, ruby-red drinks or products for the above additives.

Is the Sugar Used in Energy Drinks Vegan? 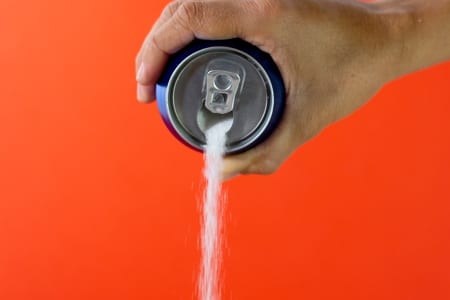 Is sugar vegan? One might assume so, but in actual fact, some sugar is whitened by using the charred bones of animals, just another example of animal products where you might not expect them. The issue of whether or not sugar is vegan is very complex when it comes to the sugar used by manufacturers in the production of energy drinks.

None of the energy drinks we are aware of are listed as vegan by the Vegan Society. That doesn’t mean they aren’t vegan, simply that they don’t carry the Vegan Trademark. Whilst some brands, such as Lucozade and Red Bull, clearly state that their products are vegan friendly, many do not expressly state that.

This leaves the water very muddy when it comes to whether or not the sugars they have used have been manufactured in a vegan-friendly fashion. However, increasingly, more and more sugar is vegan and, equally, in a product, such as an energy drink, there is no need for the sugar to be bright white.

Last of all, if you are following a vegan diet in general, worrying about the smallest things may be counter-productive. Even People for the Ethical Treatment of Animals (PETA) state that one shouldn’t “stress too hard about sugar if you’re unsure about how it was produced”.