Silicon is grouped with carbon, lead and other items in the periodic table of elements in the Carbon Group, otherwise known, for those aware of such things, as Group 14. As an element it is a naturally occurring substance, and it is found in dust and sand and is therefore 100% vegan.

It is a key constituent in the Earth’s crust and, for stats fans, it is the eighth most abundant element in the universe (as measured by mass). Widely used in solar power cells thanks to its excellent conductivity, any vegan interested in green vegan electricity need have no fears whatsoever about using silicon.

What Is Silicone & Silicon Dioxide?

So, silicon is undoubtedly vegan but what is silicone, what is silicone dioxide and, most importantly of all, are they vegan? Well, silicone is the generic name given to a whole host of compounds that have silicon as a base.

These can be used in just about every way imaginable and few areas of modern life are untouched by them. Some form of silicone may be used in the following, to give just a few examples:

Examples of Products that Use Silicone

Silicon dioxide is a much simpler case than silicone and, as chemists and those who paid attention in class may know, is a compound made of silicon and oxygen. Its formula is SiO2.

Silicon dioxide is sometimes knows as silica and a huge amount of the silicon on Earth takes this form. As a natural blend of two elements, it is 100% vegan once again, so there is absolutely nothing at all for those who live a plant-based life to be concerned about.

Silicon Is Vegan, Silicon Dioxide Is Vegan… What About Silicone?

So, to recap, silicon is an element and is vegan; silicon dioxide, also known as silica, is a mix of silicon and oxygen and is a naturally occurring mineral that is also vegan; and silicone is the name given to a wide range of compounds that use silicon as a base. So, that begs the question, is silicone… or should that be are silicones vegan?

Silicone, sometimes known as polysiloxane (don’t you just love everything having multiple names to make things that little bit more complicated?!), comes in many, many forms, as we have said. They are polymers, in common with the new non-vegan (technically) UK bank notes, which is a scientific term that describes a large molecule made up of lots of smaller, repeated molecules.

Clearly, as explained, silicone polymers use silicon as their base but are there things added to this, or used during the process of production, that might make some forms unsuitable for vegans? Of course, if you are a dietary vegan, adopting a plant-based lifestyle for its many health benefits, this won’t be a concern.

Whilst silica, or silicone dioxide, is used in a range food products, chiefly as an anti-caking agent (to stop powdered goods forming into lumps), and is naturally occurring in vegetables, such as peppers and greens, silicone is not something that is used in food. As such, it is only likely to be of concern to ethical vegans.

Is All Silicone Vegan Friendly?

With silicone something that crops up in so many areas of life, vegans who really seek to avoid any animal products will be keen to know if this ubiquitous polymer is something they need to look out for. Given its use in medicine, industry, construction and plumbing, electronics, aerospace, and everyday items like toys, cosmetics, and cooking utensils and pans, it is not something that can easily be avoided.

So, with such a substance, that is used in so many ways and comes in a range of guises, can we give a simple answer about whether or not all silicone is vegan? As with many items in our Is It Vegan? section, there is definitely an element of personal opinion here. Debating the vegan credentials of silicone is a complex issue and in this instance it is worth questioning whether or not vegans in general consider silicone to be vegan.

We suspect that in the case of the majority of vegans, silicone is not even on their radar as a concern. PETA lists many items vegans should avoid and you will not find silicone, in any form, on that list. Whilst they state that “this list is not all-inclusive” they also argue that:

Being vegan is about helping animals, not maintaining personal purity. Boycotting products that may contain trace amounts of animal products can actually be harmful to animals in the long run.

This is an issue we have touched on many times and unless you have aspirations of being a Level Five Vegan it may be wise to remember the law of diminishing returns. Focussing on the big issues and encouraging others to do likewise is more effective in improving the lives of animals than spending time investigating the manufacturing process of every type of silicone in the world!

As well as the fact that PETA do not list silicone, perhaps an even bigger indication that silicone is fine for vegans is that the Vegan Society actually sell silicone wristbands! So, if we are seemingly giving silicone the all-clear, are there actually any real reasons why it might not be considered vegan? 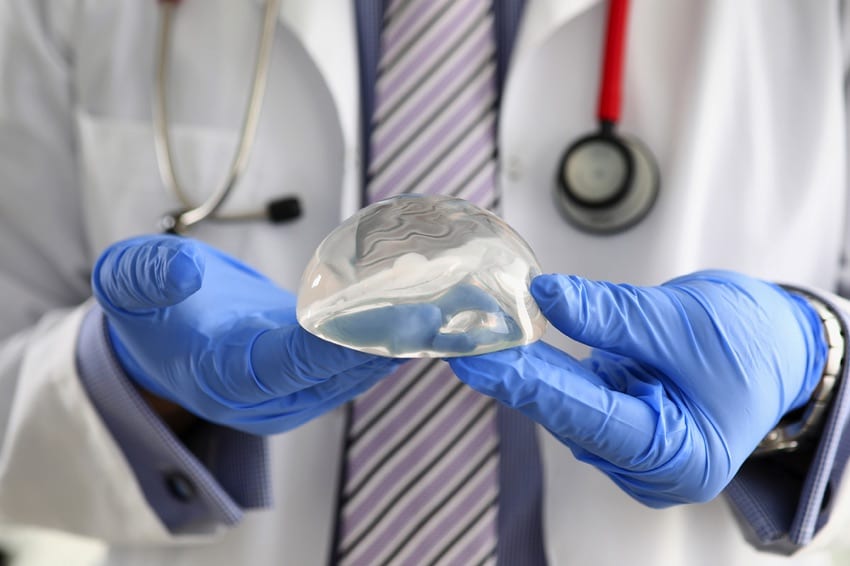 It is impossible to know what exact processes and materials are used to produce the various types of silicone that are used in the many different ways we have mentioned and it is possible that some of them do use animal derivatives. We know that petrol derivatives are used in some manufacturing processes and ultimately petrol is derived, via oil, from organic materials, including animals.

That said, whilst the petrol and oil industries may harm animals in many ways through pollution, few, if any, vegans question whether they are vegan. The “animals” in question died millions of years ago of natural causes and using petrol and oil now perpetuates no further harm (beyond the environmental issues). This certainly comes under the “possible and practicable” vegan disclaimer.

Silicone in a Medical Setting Goes Through More Rigorous Testing

A bigger potential issue concerns animal testing and this is the chief reason why some may try to avoid silicone. As said, repeatedly we fear, silicone has so many applications and a number of these are medical in nature. As explained in more detail in our feature on vegan medicines and vaccines, almost all medical products have to be tested on animals.

Whilst silicone used, for example, as a sealant in the bathroom, may well not be tested on animals, nor ever have been, the different sorts of silicone used in the items listed below will probably have been held to a much higher standard of testing:

We look at some of these issues in greater detail elsewhere on the site in relation to contact lenses and breast implants, for example. In general, we would suggest that most vegans would find such historical animal testing acceptable in relation to a necessary medical treatment.

As ever though, this has to be something of a personal choice and assessment. It is worth noting that in some instances wholly vegan and cruelty free options are available and, moreover, if you have your doubts about any silicone product, contacting the manufacturer for clarification is a wise course of action.