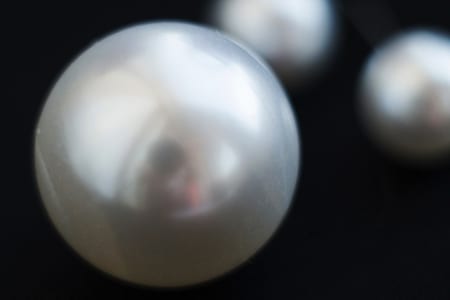 Who doesn’t love a pearl necklace or other piece of pearl jewellery? Well, in a word, vegans. Pearls are not vegan, so if that’s all you came to find out, why not take a look at our entire catalogue of Is It Vegan? questions to find out what else is off the cards for those following a vegan lifestyle? On the other hand, for more information on what pearls are, where they come from and why they cannot be considered to be vegan, read on!

Where Do Pearls Come From?

Pearls come from oysters and, as we explain in our dedicated feature on these bivalves, what we call oysters are actually a fairly wide group of species that have a number of things in common.

As far as vegans are concerned, the most important thing they all share is that they are taxonomically, biologically, part of the Kingdom Animalia. If that sentence is too much of a mouthful, let us put it another way: oysters are animals. And, as such, consuming them, harming them or exploiting them is not vegan.

Oysters, be it the animal inside the shell, the pearls that can be produced by them, or the shells themselves are used by (non-vegan) humans in a whole host of ways, including for food, jewellery and decoration.

Usually different types of oyster have a particular use and whilst many molluscs can produce pearls, it is one particular type of oyster whose pearls are most prized. In scientific terms, these are not “true” oysters, which is to say they are not part of the super family Ostreidae. Pearl oysters, or Pinctada, to use their biological name, are part of the Pteriidae family instead. There are various species of commercial importance, of which Pinctada maxima, as it is known to its binominal friends, is the largest.

All this science is rather irrelevant as once again, we return to the simple fact that oysters, of whatever family, are animals. But how does an oyster (or other mollusc) produce a pearl and might there be such a thing as an ethical, vegan-friendly pearl?

How Do Oysters Make Pearls? 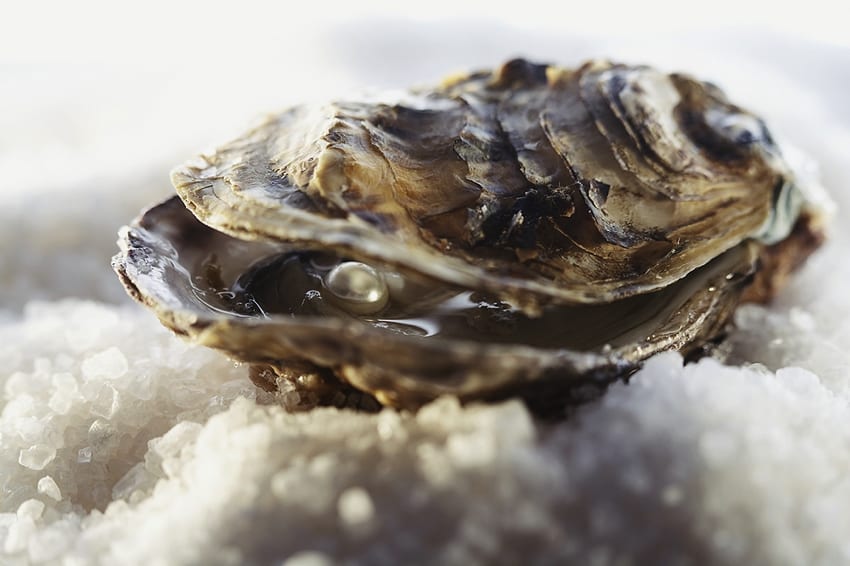 Mussels (also not vegan!) produce pearls of some value and whilst the process is essentially the same, from now on when we talk about pearls we will be referring to those from the genus Pinctada.

Traditionally, pearls occurred naturally when a foreign body managed to enter the shell of an oyster. According to the experts on pearls, this is “usually a parasite and not the proverbial grain of sand”. Following the introduction of this irritant into the oyster, as a “defence mechanism, a fluid is used to coat the irritant. Layer upon layer of this coating, called ‘nacre’, is deposited until a lustrous pearl is formed.”

This process happens rarely (in only around one in 10,000 oysters) and takes a long time; and, of course, the oyster needs to be fished, with only a very small percentage of oysters producing pearls. Oysters would be caught, opened, and where no pearl was discovered they would be simply tossed away. This practice was hugely damaging to the oyster population and, indeed, in the 1800s some species were almost harvested to extinction.

Moreover, when a pearl has been produced naturally, it may be of variable quality, with the shape, size and type of irritant, just some of the factors affecting the quality of the pearl that will result. All of these factors made pearls very expensive.

These precious chunks of calcium carbonate have long been coveted, with records showing that they were highly prized in Ancient Rome. Throughout history they have been sought after and so it should come as little surprise that humans looked to give nature a helping hand. Pearl farming began in 1956, although the notion of culturing pearls, as this practice is called, has scientific roots going back to “Kokichi Mikimoto, considered the father of the modern cultured pearl industry” (see link above for more info) at the start of the 20th century.

In more general terms, cultured freshwater pearls go back considerably further, with Chinese innovators creating mabé “pearls”, often in the shape of the Buddha, hundreds of years before that. Since those early days, the methodology has become more and more sophisticated but the core procedure remains the same.

Whilst modern techniques can produce pearls of exceptional quality, the starting point is fundamentally the same. An irritant, in this instance called a seed or nuclei, usually a tiny bead or piece of shell, is surgically implanted into an oyster shell. The oyster then coats this with the crystalline substance nacre before the pearl is harvested after sufficient time has elapsed, with the best quality cultured pearls taking the longest.

At the very least it is safe to say that cultured pearls necessitate the exploitation of the host oyster. Others would go further and suggest the process causes them pain and stress, of sorts. Natural pearls see the oyster discarded and this is essentially the same fate that awaits a farmed oyster at the end of its productive life, and so it seems untenable to suggest that pearls can be vegan.

Do Oysters Have Feelings?

Whilst there is no doubt that oysters are animals there are some who argue they should be viewed in a different light to other members of this kingdom. There are, at least apocryphally, ostrovegans, people who are vegan other than when it comes to oysters and other bivalves. This is because some people question whether oysters are sentient beings and whether they can feel pain.

Such people suggest that in many ways oysters are more akin to plants and that they do not have a central nervous system. Without this they cannot really be viewed in the same way as other animals and given they lack the ability to experience pain or suffering, let alone sentience or consciousness, they do not fall under the vegan umbrella. So, the argument goes.

Most vegans, however, do not feel this way. We may never know what an oyster can experience or be aware of but two things are, for now at least, facts. First, they are animals and the definition of veganism speaks only of avoiding animal suffering, death and exploitation. There is no mention of an animal’s ability to write a 5,000 word essay explaining its thoughts and emotions with regards to its potential exploitation.

Second, it is possible that these molluscs do indeed experience pain, at least on some level. We may in time learn whether or not this is the case but for now at least, it is certainly on the table. Given this, and given that living without oysters and pearls can hardly be considered any form of real inconvenience, the vast majority of vegans are perfectly happy to view them as non-vegan.

If you simply love the iridescent lustre and crystalline shimmer of pearls then imitation pearls may seem like a solution. These do not rely on oysters at all but are instead typically made by dipping a glass bead or similar core into a solution to coat it and give it a finish very similar to a real pearl.

Sadly, for vegans, this solution is traditionally made from fish scales and so it is also not suitable for those who lead a plant-based lifestyle. It seems plausible that a vegan alternative could be found that would replicate the finish but as far as we are aware most imitation pearls are not vegan.

If you simply must go to the ball in your finest pearl jewellery then we suggest you contact the manufacturer or retailer to check the exact processes they used when making their synthetic pearls.

What About Old Pearls?

Everyone must of course make up their own minds but our feeling is that most vegans would feel uncomfortable ever buying a pearl. Whether it was farmed or formed naturally 10 years ago or 100 years ago makes no real difference to the ethics and logic of the argument.

The only exception we would suggest in this regard would be with a pearl or piece of jewellery that was inherited. Obviously, this is unlikely to be an issue for most vegans but should your favourite grandmother or anyone else bequeath you a pearl it would not seem unreasonable, to us at least, that you should feel free to wear it.

Whilst your vegan friends – and non-vegan “friends” who are keen to pinpoint any hypocrisy they can see – might question this, we think you should make up your own mind. We find it unlikely that you wearing a pearl broach twice a year is going to spark a huge demand for pearls unless you happen to be a Kardashian or other global influencer.