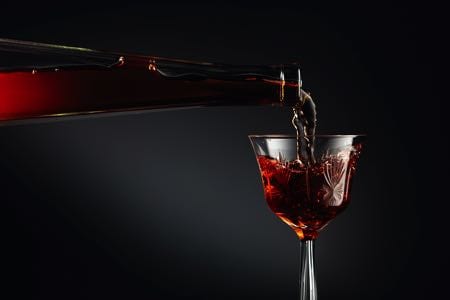 It could be said we are somewhat partial to odd drink at VeganFriendly and in these unpredictable times we think the desire to have a drink is pretty understandable (no matter when you read this, we’re confident “these times” will still be unpredictable… and drink-worthy). We’ve looked at vegan Champagne, vegan beer and a host of other tasty intoxicating beverages and now it is the turn of fortified wines, such as port and sherry.

A fortified wine is a wine that has had a distilled spirit (and, oh yes, we’ve got info on vegan wine and vegan spirits too!) added to it to make it stronger, to “fortify” it. This spirit is often – but not always – brandy and fortified wines include Italian marsala, Portuguese Madeira and port, and sherry from Spain. So, we know what fortified wine is, but the key question for vegans is: are fortified wines vegan?

The answer, as with most alcoholic beverages and certainly most wines, is that it varies. Read on as we take a closer look why this is the case, as well as listing some of the ports and sherries that are definitely vegan, as well as some of the bottles to avoid. Oh, hopefully it goes without saying, but just in case: please drink responsibly (and only if you’re 18 or over in the UK).

Why Are Some Ports & Sherries Not Vegan?

The main, if not only reason, why some fortified wines, be they ports, sherries or anything else, are not vegan, is because they have been filtered using animal derivatives. You can read more about this filtration, or fining as it is technically know, in our aforementioned article about wine.

To summarise what we have said there (and also in our articles about other vegan drinks), a range of animal products and derivatives have traditionally been used to filter alcoholic drinks. One of the most common is called isinglass, which is made from the swim bladders of fish. Others include:

These substances use the ability of such proteins to draw small particles towards them, forming an ionic bond and essentially drawing together lots of smaller molecules to make them easier to remove. Fining removes particulates such as tiny grape fragments, dead yeast cells, and also other unwanted soluble substances, such as certain proteins, phenols and tannins.

Fining allows drinks makers to produce a clear liquid as quickly and cheaply as possible. Increasingly modern producers do not use animal-based fining agents. Whilst many still do, there is more choice than ever for vegans wanting to get moderately and sensibly intoxicated (or otherwise) but not by drinking a liquid that has come into contact with the insides of a fish a gelatine from a cow’s hoof.

Many drinks are now unfined, with growing acceptance that a cloudy beer or cider, for example, does not mean it is off, simply that it is less processed. Other drinks use vegan-friendly fining agents, mechanical filtration, or just let time and gravity do the work for them and allow the various unwanted particles to sink to the bottom (from where they can be removed).

When it comes to the vegan credentials of your favourite port, sherry or vermouth, the key issue will be whether or not the base wine was fined using isinglass or another non-vegan agent. As we explain, spirits are usually vegan, so the fortifying liquor is unlikely to be of concern.

How Can You Tell If a Fortified Wine Is Vegan? 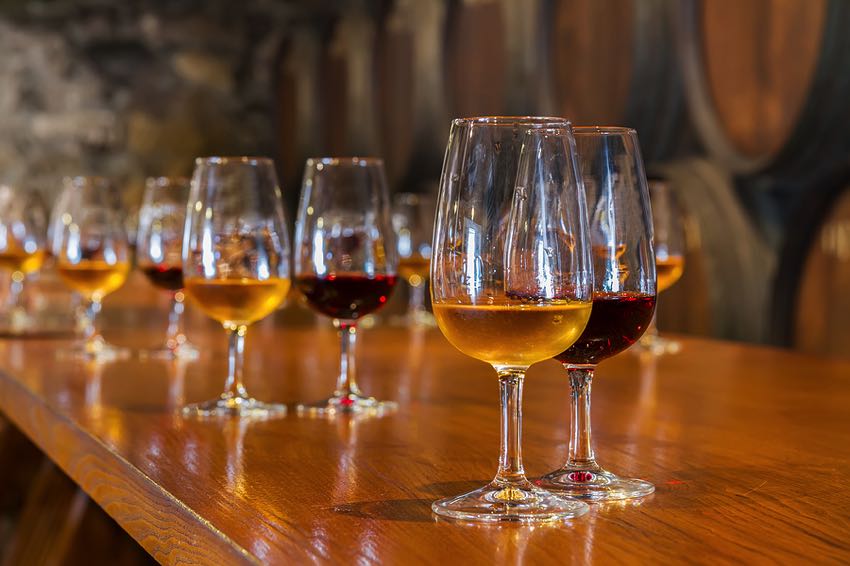 The simple answer to this question is that the chances are you will not be able to tell. Sherry, port and other fortified wines do not usually list their ingredients and, in most countries, there is no legal requirement for them to detail how they have been fined. Some nations, such as Australia, do require producers to detail what fining agents have been used due to the perceived risk of allergic reactions.

However, in general, almost all fortified wine that you drink in the UK will not give you any information on the label about the fining process. More and more drinks, especially beers and wines, are being labelled as vegan. This is a great help but is not something that has been embraced by sherry and port companies, perhaps due to older demographic that tends to drink fortified wines.

In short, unless the drink is clearly labelled as being vegan, you should assume it is not. It may well be vegan friendly, but if the thought of your drink having come into contact with some of the animal nasties mentioned earlier is enough to put you off, then you are best to play things safe. In order to be 100% sure contact the manufacturer or stick to drinks labelled as being vegan.

That said, the sections below detail some popular ports, sherries and other fortified wines that are vegan, as well as some mainstream options that are not. This is based on information from a range of websites, including those of producers and retailers. Note that the usually excellent Barnivore is rather misleading on this subject and – at the time of writing – a lot of the information there now seems out of date.

We have kept these sections brief because so much of the information in the public domain appears unreliable, and, of course, there are so many different brands and sub-brands for each drink. Unhelpful though this may seem, the best option really is to look for a bottle marked as vegan or ask the manufacturer directly.

When it comes to port there really is loads of choice for vegans, but even so, there are lots of exceptions that make things tricky for vegan port fans. As a very general rule, vintage ports, including late bottled vintage, will tend to be vegan as they are often unfined.

In 2015, the CEO of Taylor’s and other houses confirmed which of their drinks were vegan, saying “For Taylor, Fonseca and Croft all our LBV’s, vintages, 30 and 40 year old tawnies are suitable for vegans.”

Online retailers, such as Ocado, allow you to filter searches via vegan and they list certain M&S drinks as being vegan. This makes sense because we believe Taylor makes their port, whilst Ocado also sell a couple of vegan options from Warre’s. Dow’s Crusted Port, as well as Graham’s Quinta dos Melvedos Vintage Port are both also vegan.

Once again, when it comes to sherry there are many options for vegans, spanning all the main different styles of this Andalusian drink. That includes cream sherries, such as the iconic Harveys Bristol Cream. According to UK drinks wholesaler Matthew Clark it is “one of a growing number in our list that can be enjoyed by vegan drinkers.”

M&S once again have some vegan-friendly sherry offerings, whilst La Guita’s manzanilla and a number of Regency sherries – including their fino, medium dry and cream – are all suitable for vegans.

In Conclusion: Look for Products Marked as ‘Vegan’

Fortified wines such as port and the increasingly hipsterish sherry, but also the likes of Madeira, marsala, vermouth and others, are sometimes vegan and sometimes not. As with standard, unfortified wines, it is the way they have been fined (a filtering process that removes impurities and other unwanted compounds) that is key to whether or not they are suitable for vegans.

Traditionally a range of animal-based substances – chiefly isinglass (from fish), and milk or egg derivatives – have been used to fine the wine from which such fortified wines are subsequently produced. If your port, sherry or other fortified wine of choice has been fined using an animal product, even though no animal matter will be in the end drink, it will not be vegan.

Ascertaining whether or not a given port or sherry is vegan is far from straightforward. A quick search on Google will often deliver inaccurate results and so we strongly suggest you drink wines that are clearly labelled as being vegan, or you check with the producer. Unfortunately, when it comes to labelling and marketing fortified wines for vegans, producers seem a little behind the curve and few make it clear.

Hopefully this will change in the not too distance future, but at the time of writing many of the biggest names in the business do not address this issue clearly on their websites, let alone market or label their drinks in a way that would be helpful to those drinking green (to coin a phrase!). We have detailed some vegan options here and there are vegan drinks in every fortified wine category as far as we can ascertain. Certainly vegan fans of port and sherry should have no problem, although options for some of the less mainstream drinks are more limited.