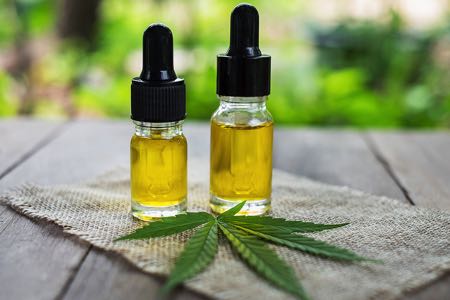 CBD is short for cannabidiol and is a chemical found in cannabis plants. There are many chemicals found in this family of plants and these are collectively known as cannabinoids, with current thought being that there are around 150 of note. The most well-known is tetrahydrocannabinol (THC), which is the psychoactive element that generates the high when ingested, but CBD is increasingly being studied by scientists and used by people in general in relation to all kinds of ailments or illnesses.

As ever though, the question we are concerned with is not what CBD is, but whether or not CBD is vegan. Once we have looked at that we will go on to explain the nature of CBD in more detail, what it might or might not do in terms of benefits to those who take it and how much scientific evidence there is to support its use.

CBD Oil Is Typically Vegan, But Other Products May Not Be

CBD itself is vegan and as far as we are aware all CBD oil that is commercially available in the UK is also vegan. CBD is simply the chemical compound, with CBD oil being the most popular way of ingesting it. Whilst oil is thought to be the most effective way of maximising the bio-availability of CBD, it can also be consumed in various other ways.

The Oil Is Most Likely Always Vegan

As we have stated above, CBD is vegan but we cannot categorically state that every product created with CBD is also vegan. Oil is typically one of the purer, less processed, forms of CBD, which is why we believe all CBD oil is vegan.

As we opened this piece by saying, CBD is derived from cannabis plants. We won’t go into the technical aspect of what type of cannabis right now because we will assume that you know this and simply want to know about the vegan side of things. Cannabis plants are, self-evidently, plants, which is a superb vegan foundation for anything made from them!

There are a number of ways of extracting the CBD from the plants but given most of the best-known brands market their oils and other products as vegan it is safe to say that it certainly isn’t necessary to use any non-vegan ingredients or processes to do this.

What’s more, many are certified by Leaping Bunny, meaning they are cruelty free too, which means we can also say that producing and selling CBD can be done without animal testing too.

Indeed, because CBD is not a licensed medical product the legal framework is different and there is no requirement to test it on animals in any way. Given its long history of human consumption, albeit in a less targeted way, and that many non-animal studies have confirmed it as safe to use, there is simply no reason why any producer would need to test their CBD products on animals.

Rightly or wrongly veganism and CBD sit in some form of Venn-diagram shared space as a slightly alternative, almost hippie-ish phenomenon. Many vegans do indeed use CBD oil and other cannabidiol products and so it seems unlikely that any maker of CBD items would limit their market by unnecessarily using non-vegan ingredients or processes. 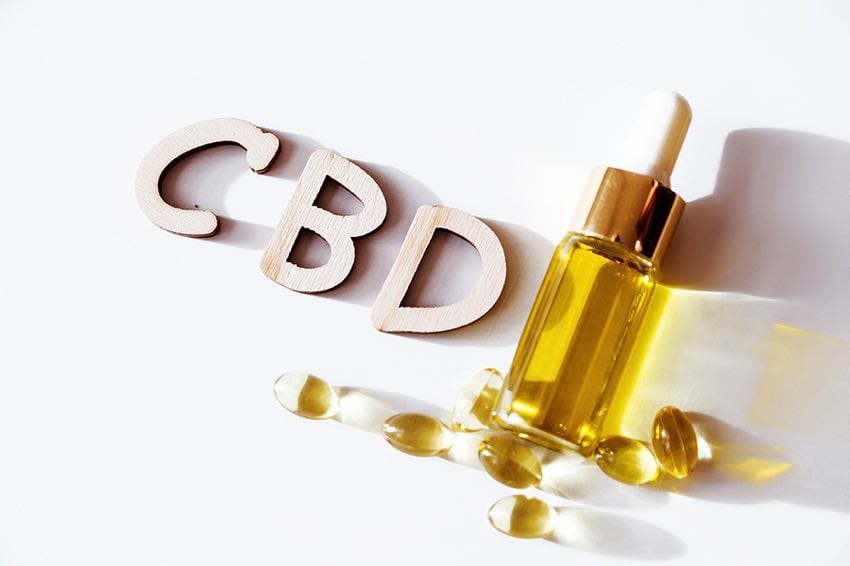 As said, we cannot vouch for all CBD products out there and, in fact, we know that there are many non-vegan CBD products on the market. Most, such as CBD-infused ice cream and milkshakes, are fairly obviously not suitable for vegans. But are there any particular CBD products that vegans should be especially wary of?

In truth, you would probably be wise to check more closely any item that is not either marketed as vegan or is not clearly plant-based. That standard caveat aside, of the more typical items we have seen, there are some that certainly are more likely to be problematic in general. These include:

Well, we have stated the basics but let us now look a little more closely at what CBD is exactly. There is a mass of information available about this and whole books dedicated to it so we’ll keep things simple as opposed to competing with them.

As said, it is a naturally occurring chemical that is found in cannabis plants. The word cannabis may conjure up a lot of images but really covers a wide family of related plants. This is split into Cannabis sativa and Cannabis indica, although botanists now also believe Cannabis ruderalis to be a distinct third species of plant.

Within these species there are many different strains and in simple terms we can draw a distinction between hemp and marijuana. Note that this is a distinction that is useful and instructive rather than necessarily botanically correct.

The precise ratios of THC, CBD and other cannabinoids varies in general between the key species but more specifically between the various strains and according to how the plants have been cultivated. In the UK, all CBD products must have lower than 0.02% THC, essentially meaning they do not contain any of the substance that cannabis is usually associated with and that generates the high.

As well as being legal in the UK, many studies have shown CBD to be safe, including a very in-depth report from the World Health Organization. Among many broadly positive statements it also said, “To date, there is no evidence of recreational use of CBD or any public health-related problems associated with the use of pure CBD.”

CBD has been around a long time, having been discovered in 1940 and further adding to the weight of evidence that it is safe is the fact that it works in much the same way as many endocannabinoids. An endocannabinoid is a compound naturally produced by the human body that is essentially the same as the cannabinoids found in cannabis, including CBD.

This is indicative of the fact that it developed a long, long time ago, well before humans evolved. As a species, we are believed to have been born around six million years ago. In contrast, the ECS is thought to have evolved about 600 million years ago!

Those who espouse the benefits of CBD believe that the long biological history of this network in animals, and the fact it been a permanent fixture of human existence, mean that using CBD is natural and, for the body, normal. Having said we were going to keep things simple we’ve probably already delved a little too deeply into the science. However, endocannabinoids, naturally occurring cannabinoids, play a key role in a huge number of bodily functions, with receptors in many parts of the body.

This means that endocannabinoids affect the immune system in general, the vascular system, the skin, bones, marrow, spleen, pancreas, lungs, liver, muscles, gastrointestinal tract, brain and reproductive organs. Research has shown that they play a part in exercise, sleep, pain relief, temperature regulation, energy use and metabolism, memory and other key areas. So, CBD is not only vegan but also a panacea and we should all be using it, right?

What Evidence Is There to Support CBD Use? 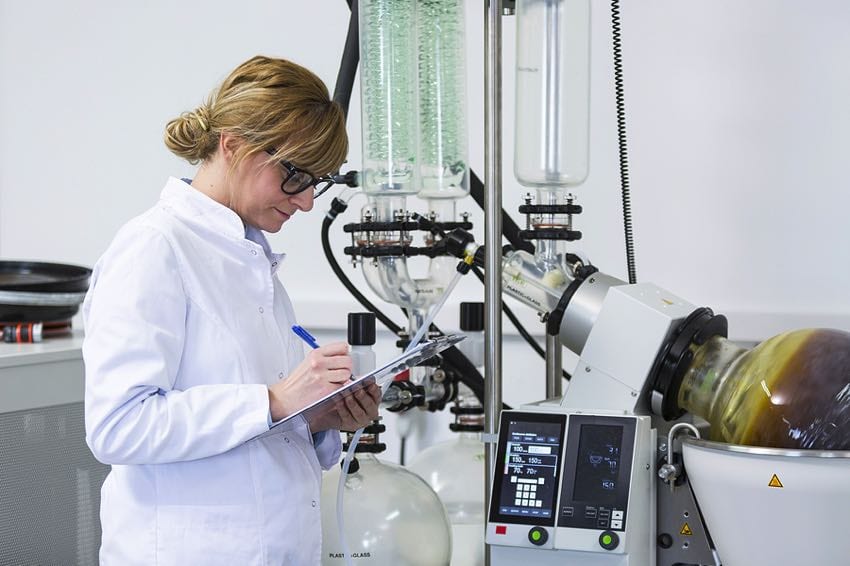 Whilst current evidence is exceptionally strong to suggest that CBD is not harmful, CBD oil and other products are not cheap. If they work for you we certainly wouldn’t advise against their use, but if you are considering trying them you may want to know if all these purported benefits are proven.

There is no debate that naturally occurring (in the body) cannabinoids (endocannabinoids) are involved in a huge number of physical processes. However, that does not automatically mean that adding more of these in plant form, from cannabis, is going to boost all of these bodily functions, or even be of benefit.

Whilst knowledge of the ECS has existed for some time and CBD has been known of for even longer, the ECS is an incredibly complex system and is part of an even more intricate piece of machinery known as the human body. Much more is not known than is known, and it is only in relatively recent years that a greater quantity of serious research has taken place with regards CBD. So, what does this science say?

As with many such perceived wonder-cures, there have been many individual studies showing they can or might help with almost all of the issues we have looked at. However, when it comes to really hard, robust, peer-reviewed studies, the evidence is far less convincing.

In fact, the issue where the evidence in support of CBD is strongest is one we have not even mentioned and concerns epilepsy. US authorities, the FDA, approved the use of Epidyolex and the NHS has now also approved this CBD-based medicine.

When it comes to other studies, there are lots that do support claims that CBD helps with sleep, anxiety and so on but they are almost all thwarted by not being rigorous enough. Most do not properly account for the placebo effect, whilst others seem to contradict each other. Moreover, because there is little regulation around quality and exactly what types of cannabinoids each product contains, assessing what dose is effective is almost impossible.

Doubts aside though, many experts do believe that further research will lead to stronger evidence to support at least some of the claims about CBD. What’s more, the weight of anecdotal evidence must certainly be considered of some merit, even accounting for the placebo effect. Some studies suggest as many as six million people in the UK have tried CBD, with many regular users. Given CBD is far from cheap, such widespread use does indicate that this is a product people believe has benefits.

Conclusion: CBD Oil Is Vegan, But Does Not Yet Have a Scientific Endorsement

CBD oil is vegan, or at least all of the many, many products we have looked at are, with lots being explicitly sold and marketed as such. There is no real reason why it wouldn’t be, simply being a plant-based product that is processed in a straightforward manner and typically blended with a vegan oil as a base.

When it comes to other CBD-based products, in general they tend to be vegan, partly due to the target demographic. Whilst some products, such as jelly-type sweets and capsules, may require a little more caution, with so many explicitly vegan CBD oils, items and brands out there, obtaining vegan CBD should be simple enough.

As to whether CBD is effective, we think Harvard summed things up pretty well. They argued that wild claims about CBD as a cure for all ills and as a “cure-all for cancer” are well wide of the mark. They also said “CBD may be [sic] prove to be an option for managing anxiety, insomnia, and chronic pain” but that we “need more research” due to the lack of “sufficient high-quality evidence in human studies we can’t pinpoint effective doses”.

There is certainly enough evidence to make us believe it is safe though, so if it works for you, stick with it. Equally, with lots of anecdotal evidence in its favour and many imperfect studies linking it with positive outcomes, many people think it may be worth trying even without total scientific endorsement.