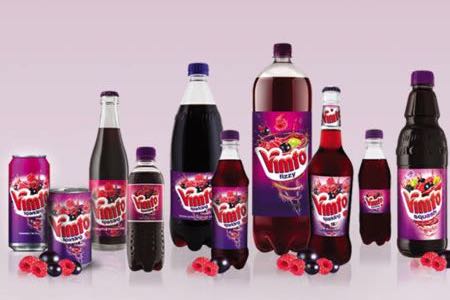 Vimto is a much-loved fruit cordial with a long history but, as ever when it comes to our Is It Vegan? section, the key question is, obviously, whether or not it is vegan. The answer won’t please fans of this tasty drink, we’re sorry to say, but we will give you all the background information and explain why (spoiler alert!) Vimto is not vegan. We will also take a look at some of the other products in their range and assess whether or not vegans craving the taste of Vimto can still enjoy them.

Until relatively recently (April 2021) Vimto was indeed vegan friendly. Primarily a mix of water, fruit juices (grape, blackcurrant and raspberry) and various sweeteners, flavourings and colours, on the face of it there is no real reason why Vimto should not be perfectly vegan friendly. What could possibly go wrong?

Well, there are many supplements out there that people take, both vegans and non-vegans, where the science supporting them is weak. Of course, that doesn’t stop many people from using them and some, such as iron, vegan protein powder and one or two others can certainly be helpful for some people on a plant-based diet. However, one the one supplement that it seems many in the UK do need to take is vitamin D, this information being backed up by the NHS who state that “Government advice is that everyone should consider taking a daily vitamin D supplement during the autumn and winter.”

Vitamin D in Vimto Is Not Vegan

Vitamin D is primarily produced in our skin when it is exposed to sunlight and, well, the UK just isn’t very sunny. That is especially the case during the autumn and winter months, whilst with many of us leading a more sedentary lifestyle and getting outside less and covering most of our skin when we do venture out, it may also be an issue year-round for many people.

What, though, has this got to do with Vimto? Well, in response to a clearer recommendation from Public Health England (PHE) about vitamin D, the drink’s makers took the decision to supplement their core product with the micronutrient. Of course, at this stage, some vegans and certainly many non-vegans may still be wondering what this has to do with eating a 100% plant-based diet.

Well, as we explain in more detail in our feature explaining why many popular breakfast cereals are not vegan friendly, much vitamin D is made using lanolin. There are vegan vitamin D supplements available but it is cheaper to produce this essential vitamin using lanolin which, for those unaware, is a grease obtained from the wool of sheep.

Wool is certainly not vegan and there is no doubt that the commercial keeping of sheep is exploitative and causes the animals distress and possibly pain. On this basis, it is clear that vitamin D derived from lanolin cannot be seen as vegan and as a corollary, that Vimto – sorry fans – is no longer vegan.

Whilst this point is not debatable, some vegans may not feel too concerned about a tiny quantity of wool-derived lanolin being used to produce an even smaller amount of vitamin D. Afterall, PHE recommends that we consider supplements of this essential nutrient and as we explain when looking at vaccines, we feel that putting human health first is acceptable under the “as far as is possible and practicable” part of the official definition of veganism.

If you are vegan primarily for health reasons then you may certainly feel that way. We are not here to judge or say what is right or wrong but certainly any ethical vegans will avoid Vimto and other products fortified in this way. The manufacturers could use vegan vitamin D, firstly, and secondly, there are many other vegan drinks available, as well as ways for vegans to obtain their essential vitamin D. As such, whilst some vegans may feel OK with drinking Vimto, for us, it is clearly no longer possible to class it as a vegan product.

What About Other Vimto Products? 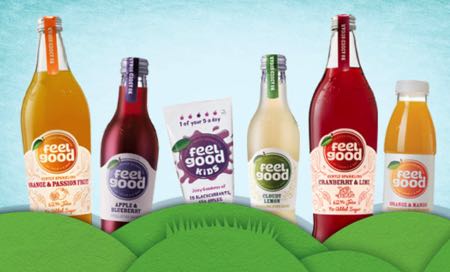 Whilst most people will be familiar with the main Vimto squash product, there are actually a surprisingly huge number of Vimto-based sweets, drinks, snacks and more. The official Vimto website states that “All of our Vimto squash drinks are suitable for Vegetarians, due to the recent addition of Vitamin D they are not suitable for Vegans.”

That is terrible news for Vimto-loving vegans but is, at least, a refreshingly clear and simple message about the issue. So, all Vimto squash/cordial drinks are non-vegan, which means the standard drink, plus the various alternative flavours and sugar-free versions. However, lots of their other drinks are still vegan. Again, the official website offers great clarity by telling us that “all of our other Vimto drinks variants, including fizzy and still ready to drink ranges, are suitable for vegetarians and vegans.”

Many Vimto Sweets Unsuitable for Vegans And Vegetarians

Whilst that is great news for vegans wanting the taste of Vimto in a drink, much of their sweet range contains animal products (gelatine at a guess), an issue we look at in more detail in our vegan sweets piece. The official site lists a whole host of sweets that are not vegan (nor vegetarian) and this includes the following:

Please note that the list above is not exhaustive and there may well be other Vimto-based sweets and similar goods that are not vegan friendly. If you are in doubt check the pack, looking out for gelatine, any egg derivatives and any non-vegan E numbers. If you still aren’t 100% sure then check with Vimto directly.

Are Any Vimto Sweets & Snacks Vegan?

As said, Vimto make far more products than most people imagine under their main brand. Unfortunately, having previously been so clear and concise in telling us which drinks and other confections are and are not suitable for those on a plant-based diet, Vimto rather let themselves down when it comes to the rest of their range.

They state that “we have loads of Vimto confectionery products that are suitable for vegetarians and in some cases vegans too” but advise that customers should “refer to the back of the pack to check suitability”. They then go on to list a number of products, such as their Twangers, Chew Bar and Lollipops. They must surely know which of these are and are not vegan and which are vegetarian so why not tell us?

Ultimately, this leaves vegan in the same old position of having to check packets and decipher ingredients that are more akin to chemicals than typical food ingredients. It may be that the recipes for the sweets, jellies and baking ingredients change from time to time but even so, it would surely be easy enough for a huge company to update their website rather than force customers to do their own research.

A Brief History of Vimto

Now we know which Vimto items are definitely off the table for vegans, which are just fine and which lie annoyingly in the middle, filed under “check the label yourself”, let us take a brief look at the history of this famous British company.

Vimto was founded by Blackburn man John Noel Nichols in 1908, as Vimtonic, a herbal drink that would give “Vim & Vigour” to those who consumed it. Before too long it became shortened to Vimto, an unfortunate anagram of vomit, as those people who don’t like it are keen to point out. Having begun production in Manchester, the factory made the short move to Salford in 1910 and by 1919 they had become an international brand, even registering a trademark in British Guyana!

As early as 1920, the company introduced their first fizzy Vimto and, like the main drink, it was, as far as we know at least, fully vegan in these early years. Throughout the 1920s and 1930s, the drink’s global appeal and availability boomed, with, according to the official Vimto website, it being enjoyed in “Kuwait, Oman, Qatar, Dubai and Abu Dhabi”, as well as from “Peru to Albania and Liberia”. Perhaps strangely it did not reach the United States of America until 1970 and even then was largely bought and drunk only by immigrants to the States who had first enjoyed it in Africa and the Middle East.

In 1972 the factory moved again, as part of an expansion programme relocating to the south of Manchester and Wythenshawe. In the calorie-counting days of the 1980s diet Vimto was introduced and by 2008 the famous drink from North England was celebrating its 100th anniversary. Over the years many products have been added to the range and 2016 saw Vimto’s first frozen drink/slush, perfect for those hot, sunny days in Manchester!

The brand has gone from strength to strength and continues to be owned by Nichols PLC, the company that traces its roots right the way back to the original founder and inventor of Vimto. They have continued to add new products even, perhaps strangely, adding a water product to the Vimto range in 2017. Vegans may not currently be able to consume the main drink but the ready-mixed Vimto and other drinks remain vegan and hopefully we will see the squash itself return to a vegan recipe before too long. 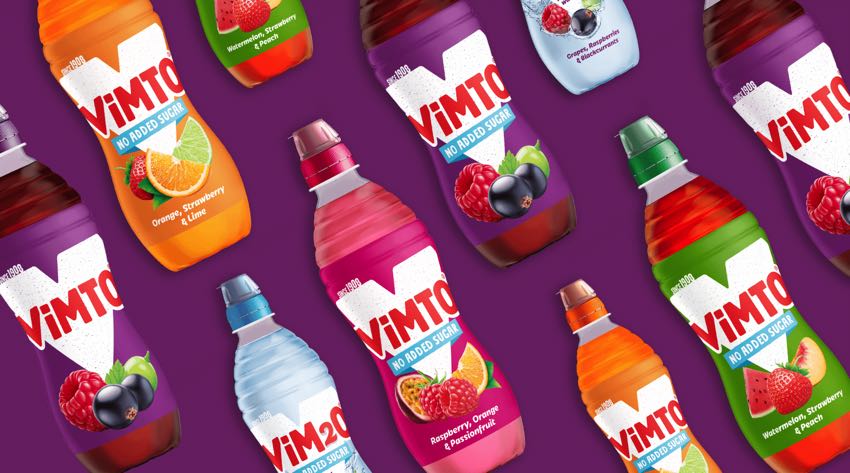 If all of the above is far too much reading for you then here is what you really need to know in its simplest, shortest form:

In the modern era, with a rapidly swelling vegan population, it is quite unusual for a big company to change their product to go from being vegan to being non-vegan. It certainly seems strange but unless they notice a considerable drop in sales, in reality, they are unlikely to change anything in the near future.

Fingers crossed though that they will see sense and either remove vitamin D entirely (the amount added is not huge anyway) or use vegan vitamin D2. We shall see, and if you feel strongly about the issue, it certainly wouldn’t hurt to contact them and tell them you’d love them to make Vimto vegan once again.