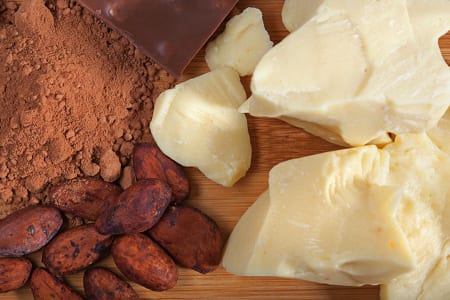 Anything with “butter” in the name should rightly be questioned by vegans as potentially containing some kind of animal product. But, as we know, not all butters are from dairy and not all butters are non-vegan. To a list of vegan butters that includes almond butter and coconut butter, to name just two, we can now add cocoa butter too. Cocoa butter is vegan friendly, and so too is cocoa powder.

Are There Any Reasons Why Cocoa Might Not Be Vegan? 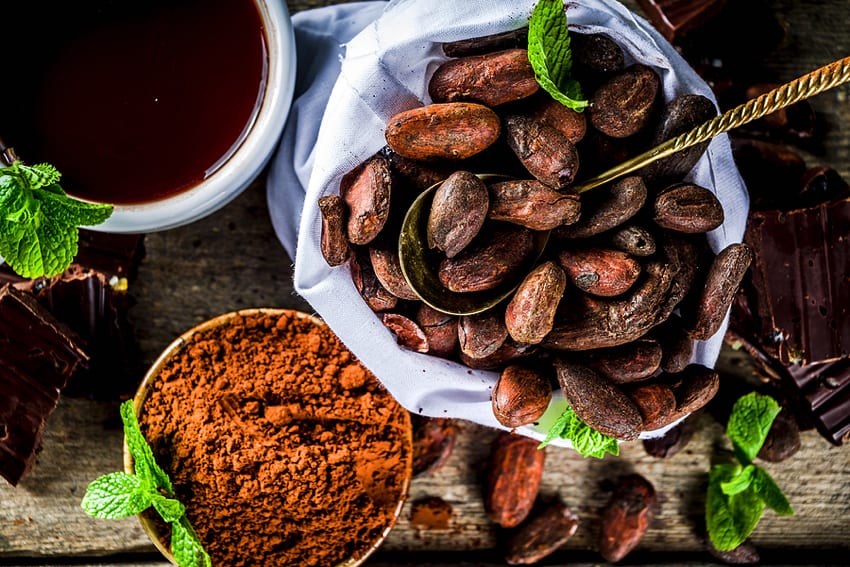 Whether used in great vegan Easter eggs, super-luxe Belgian chocolates or non-vegan big-brand chocolate (or anything else for that matter), cocoa butter and pure cocoa powder are always vegan. But is there anything around this issue that vegans should be aware of or things they should look out for? Well, much as this is definitely one of the more clear-cut entries in our Is It Vegan? part of the site, there are still some things to be aware of.

First, you may have noted that in the paragraph above we referred to “pure cocoa powder”. This is not an unusual form of the food or a high grade, expensive version and is really just cocoa powder. However, sometimes you may find cheaper or slightly different versions of this item that are not just cocoa powder.

The most common addition is some form of sweetening agent and if it is sugar, there is a small chance it might not be vegan if refined using bone char. Another issue might be if you accidentally pick up some form of “instant cocoa” or other related drink. There is a high chance this will contain some form of milk derivative and therefore not be vegan.

However, as long as you make sure your product is 100% cocoa, with nothing else added, it will be 100% plant based. What’s more, as far as our research can ascertain, no cocoa powder is made using animal derivatives in the processing either.

The same applies to cocoa butter: not only is it made entirely from plant sources, but no animal derivatives are used to process it from its natural state. Whilst cocoa powder is widely used in baking, you are probably less likely to buy cocoa butter. However, both items are found in many chocolate-based items that you may want to eat. So you’re in the clear, right?

Ethical Issues with Some Cocoa Products?

Whilst the Vegan Society’s definition of veganism is widely accepted, even that is open to interpretation. It seeks to avoid “cruelty (to animals)” and is “for the benefit of animals, humans and the environment”.

Whilst society’s general understanding of the concept is that it is very much animal-focussed, a broader interpretation certainly includes humans. Humans are, after all, animals and moreover the definition proffered by the Vegan Society explicitly mentions the species of animal binomially known as Homo sapiens.

Returning to chocolate, this is problematic because many of the key ingredients, namely raw cacao and sugar, are often farmed using child labour and what is really tantamount to slave labour. For vegans taking a more holistic, ethical perspective, this means that much chocolate cannot be considered fully vegan in the widest sense of the word.

The “vegan food justice organization” (and registered non-profit) Food Empowerment Project has a lot more information about these practices. Child labour is most frequently used in West Africa but as Ivory Coast and Ghana produce well over half the world’s cocoa this is clearly a major issue for ethical vegans.

Many of the world’s biggest chocolate brands use cocoa from this region and so could be made with the aid of child labour, slavery and human trafficking. Does that “vegan” chocolate still taste as good?

As we often say, where you decide to draw your own personal vegan line in the sand is, well, personal. Many would feel that once you start considering every possible angle virtually nothing is vegan. Equally, avoiding all products that may have utilised practices that are unethical to humans is incredibly hard in the modern world – now isn’t that a depressing thought?!

That said, when it comes to some foods and goods, it can be relatively safe and reasonably affordable to be an ethical consumer. When it comes to chocolate, avoiding West Africa is a simple option but the Food Empowerment Project rather helpfully have an expansive list of global chocolate brands they deem to be ethical.

Not all chocolate from all of the companies listed is vegan but there are some excellent brands who do offer superb vegan chocolates (and cocoa), including Hotel Chocolat, Cocoa Loco, Booja-Booja and many more. It is also worth noting that most organic or Fairtrade chocolate is likely to be ethical, certainly in the case of the latter.

Where Do Cocoa Powder & Butter Come From? 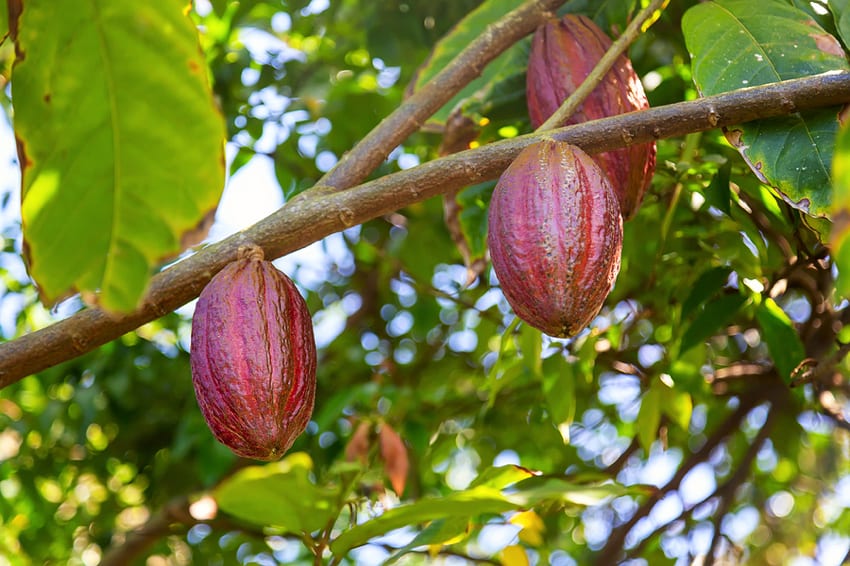 We have explained that cocoa powder and butter are vegan, certainly if we leave aside ethical concerns about how they are farmed. But what are they and where do they come from? And, is cacao the same as cocoa? It’s rather a complex picture so we’ll keep things relatively simple. And, what could be simpler than bullet points?